Sales growth expected to come in trickles, not waves. 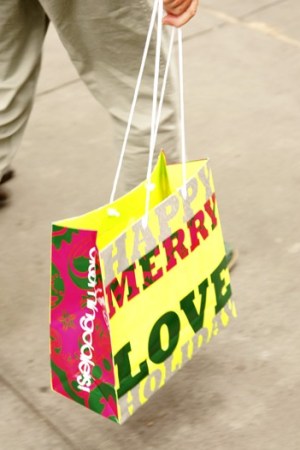 The positive effects of perceived pent-up consumer demand could be lost in the Great Tradedown.

Analysts and economists agree shoppers are getting tired of reining in spending. But even with their self-control weakening, a budget-breaking spree seems unlikely. Consumers are more likely to shop the off-price channel, snatch up discounted goods or treat themselves to a special gift.

“We do see demand increasing,” said Christine Day, chief executive officer of Lululemon Athletica Inc. “It is driven by less inventory and choices — a higher sense of urgency to buy and careful investment in a few good pieces for the woman that has not bought for herself in quite a while.”

Like others retailers, Day isn’t looking for consumers to return to a credit card-propeled shopping existence anytime soon.

“I hear more conversation about saving for a carefully thought-out purchase, and I think that will stay with us for a while,” she said.

The total amount of outstanding consumer credit fell at an annual rate of 7.2 percent in September and has dropped for eight consecutive months — the longest string of declines since 1943, when the Federal Reserve began keeping records.

Because they’re either unemployed or underemployed, being more cautious and saving more or simply unable to get credit as banks remain risk-averse, shoppers are not borrowing as much.

The persistent and intense pressures in the economy are a major factor in the erosion of spending power. Unemployment is at a 26-year high of 10.2 percent and real average weekly earnings are down 1.9 percent from their recent high in December, according to the U.S. Labor Department.

But Steven Wieting, an economist at Citi, said in an analysis last month that sales appeared to be benefiting from pent-up demand that built when consumers reduced spending even faster than the job market declined. Sales of discretionary goods fell 9 percent last year, more than twice the peak rate of job losses this year, he said.

“However, upward momentum in consumption is likely to run into a 7 percent rise in total consumer energy costs in the month of November,” Wieting said.

Even if consumers cut back more than they actually needed to as the economy worsened, their ability to ramp up spending is, at the least, in question.

Still, the urge to splurge could be growing.

“If you think about self-control like a muscle, every time you exert self-control, you’re exerting some of that muscle,” said Deborah MacInnis, editor at the Journal of Consumer Research and professor at the University of Southern California. “Eventually if you exert too much control over too long a period of time, that muscle weakens.”

The more consumers withhold, the more deprived they feel and the more likely they are to lose their restraint, said MacInnis.

“Clothing is really a very powerful area in which pent-up demand could manifest itself,” she said.

That’s because people decide what to wear every day, keeping fashion top of mind. Apparel is also consumed publicly and is vital to projecting one’s image. “If we have discretionary income, it’s easier to allocate it to clothing rather than a vacation,” MacInnis said.

But instead of losing control and spending like it’s 1999 or even 2007, she said people giving in to their need to spend would turn instead to an off-pricer or treat themselves to a special purchase.

Comparable-store sales jumped 9 percent at T.J. Maxx and Marshalls during the third quarter, proving that off-price selling is alive and well even as other channels flounder. And the basic instincts of American consumers — the need to treat themselves after a year of restraint — could be what Lululemon is seeing in the yoga world. It also helps account for the resurgence of boots.

Others have reported strength in boots, but this spending is not seen as a sign of a broader return to consumption.

“I don’t believe the pent-up demand is going to create a sudden outflow like water breaking a dam,” said Arnold Aronson, managing director of retail strategies at Kurt Salmon Associates. “It’s going to be slow and gradual and it’s going to take time, and there’s not going to be any miracles.”

Shoppers will start with affordable items that are functional and have value that can be measured, he said, noting boots as a good example.

“You get a big return on investment when you buy a pair of boots, especially in the fall and winter and usually you can carry them over into the next season,” Aronson said.

This kind of pragmatism seems to be the new rule.

“This is a reversion to more rational behavior — it’s not spending high on the hog all the time,” said Margaret A. Gilliam, analyst and president of Gilliam & Co., an advisory firm. “Stock market movements to the contrary, I don’t think this recovery has legs as far as the consumer is concerned. There’s just too darn many headwinds — higher taxes everywhere you look.”

The S&P Retail Index closed above 400 for the first time in more than a year this month. Stores posted third-quarter profits driven by cost cuts and lower inventories, which helped sales dollars flow to the bottom line. But that all speaks more to the industry’s productivity and investor expectations than a fundamental sales improvement.

And fashion is still more of a want than a need.

“It’s been a year since things have really fallen off a cliff, and it’s not like we’ve got holes in our pants and our shirts just yet,” said Paul Lejuez, an analyst at Credit Suisse. “People may have a willingness and just not the ability [to spend].”

That willingness, assuming it’s still there, carries the industry’s hopes.

“We will always be consumers,” said Marshal Cohen, chief industry analyst at The NPD Group. “The American consumer has an incredibly short memory. When the next big item comes along, they will be the first to get it.”