Winning Over the Moneyed Masses

NEW YORK — Approximately $76 billion in potential sales of apparel evaporated from 1999 through 2002 as share of consumers’ disposable income spent on the category continued a longtime slide.

So said Paul Nunes, co-author of the... 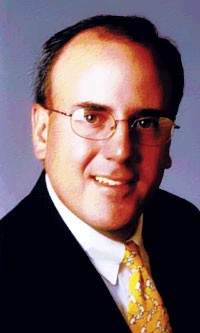 NEW YORK — Approximately $76 billion in potential sales of apparel evaporated from 1999 through 2002 as share of consumers’ disposable income spent on the category continued a longtime slide.

During that four-year period, the share of disposable income spent on apparel by people in top-quintile income households, or those with annual income north of $65,000, dropped to 3.5 percent from 4.8 percent.

The bottom line, Nunes advised in “Mass Affluence,” is that the dramatic shift in Americans’ income distribution over the past three decades has not been fully exploited by marketers. In his book, the author, an executive research fellow at the Accenture Institute for High Performance Business, lays out a plan by which businesses can win over the group he describes as the “moneyed masses” — those who are spending relatively less on various products.

In the mid-Eighties, the top 20 percent of households by income were spending about three-quarters, or 74 percent, of their disposable income on products and services, rather than allocating it elsewhere, such as to savings and investments. By 2002, the share of disposable income allotted to consumption of goods and services had fallen to 66 percent. If expenditures by the top quintile of households by income were still 74 percent today, Americans would be spending another $100 billion a year on consumption of goods and services, Nunes estimated.

The unrealized spending on products like apparel can be captured, in part, by applying three rules of designing offerings, advised Nunes and co-author Brian Johnson:

This story first appeared in the October 6, 2004 issue of WWD. Subscribe Today.

l Designing things for occasional use by making special versions of everyday items, like Nike’s Aqua Sock, made for use in and around the water.

l Introducing a new math of ownership that makes a wealthy lifestyle and real luxuries affordable to the masses, such as the offer at a ski resort to rent for, say, $200, ski gear and apparel that would cost $2,000 to purchase.

l Growing the return on consumption by marketing products as investment opportunities, as does Patek-Philippe in positioning watches as items to be passed down, by portraying their lasting value and timelessness.

By applying these principles, businesses are most likely to capitalize on the growing demand for products that lie on what Nunes and Johnson dub the new middle ground — the turf below ultrapremium offerings and above the best of middle-market offerings — such as Lacoste polo shirts, once made of a cotton-polyester blend and now fabricated of Swiss yarn with mother of pearl buttons. With an average price of $70, the shirts appeal to middle-ground consumers who do not want a decidedly mass-market polo shirt for $50, but do not want to pay more than $100 for a polo shirt from a luxury label like Burberry, Brioni or Zegna.