The week's top stories in WWD. 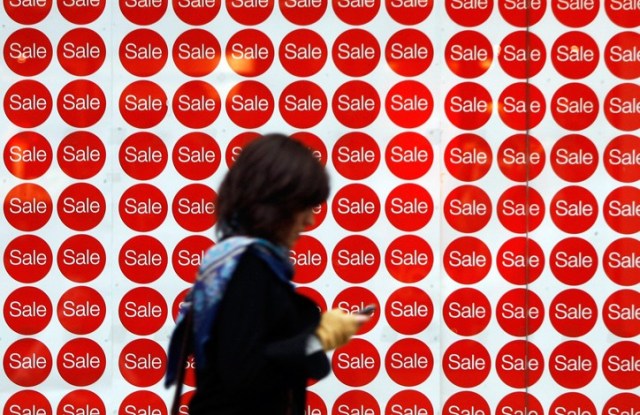 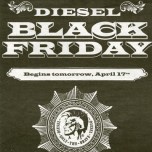 Coming off the nightmare of fall’s early and aggressive markdowns, the first spring price cuts are already budding. Sample sales are on the rise, too, with stores pushing back goods to vendors. And some retailers are utilizing sales tactics usually reserved for holidays and pre-Christmas. Myron E. “Mike” Ullman 3rd, J.C. Penney chairman and chief executive officer, expressed optimism in signs of increased store traffic: “We are not seeing a wild or crazy shift, but there’s been a slight uptick.” In Europe, Arcandor AG, is spinning off its premium department store operations and a large portion of its catalogue business. Meanwhile, an epidemic of specialty store closings and consolidations is sweeping through the Los Angeles region as retailers succumb to the recession.

Reading like a “Who’s Who” of Michelle Obama’s go-to designers, Jason Wu, Thakoon Panichgul, Maria Cornejo and Narciso Rodriguez joined Steven Kolb, executive director of the Council of Fashion Designers of America, in a bid to garner support for a bill that would protect their original designs for three years. “It is really important for designs to be protected,” said Wu, whose cream, one-shouldered ball gown gained prominence when Obama wore it on Inauguration night. Wu’s expensive gown, which he later donated to the Smithsonian, was quickly copied. (Separately, in a recent phone call to WWD, Arnold Scaasi was eager to weigh in on Michelle Obama’s approach to fashion. “She’s great-looking, she has a great personality and she’s obviously very bright,” he stressed. “But…” Scaasi finished the dreaded qualifier with, “something is amiss.”)

Fashion Shows Go His and Hers

While conventional wisdom is that men’s wear lags trends in women’s, the fact the two are increasingly in parallel should perhaps be not that surprising: After all, they emerge from the same creative minds and exhibit the same brand ethos. For example, Prada’s show for women last month featured hefty wools and no-nonsense tailoring, staged with scaffolding and charcoal-gray carpet — repeats of what the house showed to the men’s market in January. Bottega Veneta’s plush velvets and milky colors, Gareth Pugh’s spiny armor, Giorgio Armani’s black velvet, and Dolce & Gabbana’s ribbon weavings and Schiaparelli pinks were all featured on men before women. Said Domenico Dolce, “The Dolce & Gabbana woman and man don’t live in separate worlds.”

Three firms — Mistral Equity Partners, Emerisque and Yucaipa Cos. have emerged as the finalists in the bidding for bankrupt Hartmarx Corp. as a going concern. New York-based Mistral Equity Partners is said to have submitted the highest bid of the three private equity firms vying for the Chicago-based clothing and sportswear supplier, which filed for Chapter 11 bankruptcy protection in late January.

Thursday’s launch of Matthew Williamson for H&M had the hallmarks of the retailer’s previous designer collaborations, albeit toned down a notch. Yet while lines outside stores were slightly shorter and crowds a bit smaller and calmer, the demand exceeded supply in many cases. “Within the first 11 minutes, half the garments were sold,” said Jennifer Uglialoro, an H&M spokeswoman, standing in the store at 640 Fifth Avenue in New York. (See video of the collection’s debut and photos from stores around the world.)

Chanel opened its first freestanding beauty store in Toyko on Friday in a bid to make buying lipstick just as luxurious as shopping for a quilted handbag. The 1,506-square-foot store, designed by Peter Marino, features interiors in Chanel’s signature hues of white, black and beige; plenty of mirrors, and tweed upholstered chairs. In London, Marc by Marc Jacobs opened its first British store, a 3,896-square-foot space that was a 19th century bank. It boasts parquet wooden floors, high corniced ceilings and bank vaults in the basement — one of which has been converted into a room to display bags and shoes.

Atlanta-based Vitrue, a social media marketing company, released its first ranking this year of the top 100 social brands of 2008, tallied at the end of December. WWD asked the firm to cull its list for top retail and apparel brands, along with their updated Social Media Index scores, based on the volume of daily online public conversations about each brand across social networking, blogging, microblogging, photo and video sharing sites, including Facebook, Twitter, MySpace and YouTube.

Perhaps the only Korean celebrity missing from Prada’s party Thursday night in Seoul to mark the launch of the Transformer project was Kim Jong-il. But the North Korean dictator, a noted film buff, no doubt would have enjoyed a soiree full of actors on the grounds of a 16th-century Korean palace. Celebrities rubbed shoulders and clinked Champagne glasses with designer Miuccia Prada and Prada’s chief executive Patrizio Bertelli. Meanwhile in Europe, Fendi enlisted 13 industrial designers to live, breathe and sleep design during “Craft Punk,” an event that kicked off at the Salone del Mobile in Milan.

WWD Back in Time: Molly Ringwald, The Original Teen Queen

In 1986, Molly Ringwald was on top of the world. Aside from starring roles in John Hughes’ “Sixteen Candles” and “The Breakfast Club” and a Golden Globes nod for her role in “The Tempest,” the 18-year-old had a cool boyfriend (Dweezil Zappa, son of rock star Frank) and a fashion sense that was the envy of — and inspiration for — every girl in America. Yet for all the accolades, Ringwald revealed herself to be a charming, grounded, near-stereotypical teen in an interview with WWD. (See photos of the teen queen.)

Longtime WWD and W magazine illustrator Kenneth Paul Block, 84, a champion of the art of fashion illustration, died Thursday at St. Luke’s Roosevelt Hospital in New York. When Block joined the company in the Fifties, men wore fedoras and women still wore gloves. And none of that dash was lost on Block, whose fondness for ascots, cigarette holders and impeccable jackets never waned, nor did what one friend described as his Dorian Gray-like youthfulness. But his studied drawings were never strictly surface, always managing to capture the gesture at hand, whether it be the swing of a skirt or the tilt of the head. “I was never only interested in the clothes. I was more interested in the women in the clothes,” he once said. (See a collection of Block’s illustrations.)