Xcel Brands hopes to raise $16 million and move its stock listing to Nasdaq on Friday. 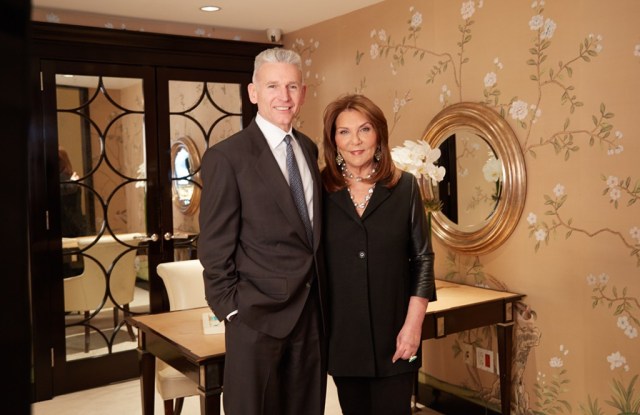 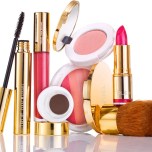 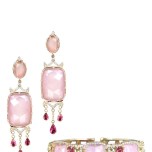 Xcel Brands is expected to begin trading at Nasdaq in an uplisting on Friday with an offering that could raise $16 million for the apparel brand. Xcel Brands is known for licensing the Isaac Mizrahi, Judith Ripka, Liz Claiborne and H by Halston and H Halston brands. It most recently acquired the C Wonder brand from Burch Acquisitions following the closure of the chain.

Currently, the company has a market capitalization of a little more than $80 million and trades in the over-the-counter market with the symbol XELB, which it will keep at Nasdaq. Xcel Brands plans to offer 1.5 million shares at a price range of $10 to $11 a share, a premium compared to its current price of $8.28 on the OTC exchange.

Xcel reported a net loss in the first quarter of $331,000, sharply down from 2014’s net loss of $955,000 in the same period. While Xcel is expected to bring in between $14 million to $16 million from the offering, it will use at least $3 million of that to pay debts, although that is not obligated. In addition to that, it has a $5.8 million payment due over the next several years to IM Ready (Isaac Mizrahi). Xcel has long-term debt of $36 million.

The Mizrahi deal cost an estimated $31 million with royalty payments continuing. The total acquisition price for Judith Ripka was $24 million in April 2014. Ripka will continue receive pay of $750,000 a year, including expenses of $114,000 a year, Florida office rent, a personal assistant and first-class travel.

The two Halston brands cost about $27.7 million in December 2014. The Halston acquisition is new and the company does not expect any sales until fall 2015. The purchase of the C Wonder brand from Burch Acquisition will cost $3 million upon the consummation of the offering and a million shares of stock.

According to the filing, the company is heavily dependent upon its contracts with QVC, with 65 percent of revenues coming from that channel. It is also dependent upon its marquee talent of Mizrahi and Ripka. Any failure of Mizrahi delivering his services could trigger a default under credit facilities with Bank Hapoalim, according to the risk factors cited by the filing.

Judith Ripka is the primary spokesperson for the Ripka jewelry on QVC and any loss of her could affect the QVC sales, the filing pointed out. Cameron Silver is the fashion director of H by Halston and H Halston, which will begin selling on QVC in September with a five-year commitment from the retailer. The Liz Claiborne agreement is through Kate Spade & Co. and should they terminate that agreement, it too could hurt revenue, the filing said.

Xcel said in the filing that it hopes to create more online shopping business for its brands in addition to QVC. The company is also focusing on international expansion, which is expected to bring in more revenue.

It did have one fashion name, Bill Blass. which it bought for $54.6 million in 2007. During the height of the credit crisis in 2008, NexCen faced a severe cash crunch and was forced to sell off Bill Blass to Peacock International Holdings for only $10 million in cash in December 2008, a few months after D’Loren had exited the firm. NexCen also faced accounting problems at the same time. While NexCen had disclosed the terms of its credit facility in regulatory filings, a question arose whether there should have been greater transparency in connection with its borrowings to acquire Great American Cookies in January 2008.

According to a NexCen quarterly filing, or Form 10-K, with the Securities and Exchange Commission in August 2010 for the quarter ended June 30, the enforcement division of the SEC after a two-year investigation said it did “not intend to recommend” any action by the SEC.

Back then Eric Beder, who was an analyst at Brean Murray, wrote, “Investors should avoid the stock until there is some semblance of normalcy and credibility at the company.” Beder is now an analyst at Wunderlich Securities, the company underwriting the offering. Beder can’t comment on the restricted stock, but gave the company a buy rating in December and a target price of $10. In February, Xcel Brands filed the offering with Wunderlich as the sole bookrunner and subsequently priced the shares at a mid-range of $10.50.