'Tis the season to be jolly for Europe's beauty retailers.

By Jennifer Weil and Melissa Drier and Stephanie Epiro and Brid Costello and Ellen Groves on December 21, 2007
View Slideshow 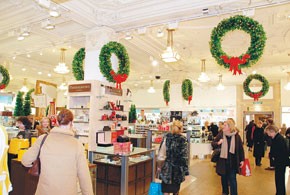 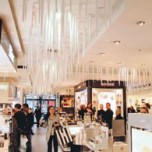 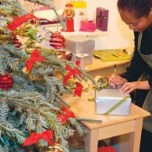 PARIS — ‘Tis the season to be jolly for Europe’s beauty retailers.

“We expect to end the year on a very positive note, with double-digit growth again on last year,” said Catherine Bossom, buyer for perfumery and cosmetics at the U.K.’s Harrods department store, echoing many of the 14 beauty retailers representing 1,757 doors in France, the U.K., Ireland, Italy and Germany who were polled by WWD in the run-up to the holidays.

Executives who disclosed sales estimates said they expect to close 2007 with high-single- to low-double-digit gains despite transit strikes, storms and price reductions that have plagued European countries.

The current reports are all the cheerier, considering that these numbers are bucking a tough comparison with last year’s holiday, when there was a moderate uptick from a decidedly soft Christmas 2005.

Among the newbies for guys are Tom Ford for Men, Jil Sander Men, Narciso Rodriguez for Him and R.S.V.P. by Kenneth Cole. Other notables include the masterbrand Diesel Fuel for Life; niche scents, including Tom Ford’s Private Blend, plus Christina Aguilera’s celebrity fragrance, retailers said.

Of course, classics still take the gold. But there was a notable uptick in skin care sales this season, while business from pre-packaged gift sets — a perennial favorite — were down at some retailers, surprisingly.

“We can always be sure that the classics, such as Chanel No.5, will see an increase in sales in the last few months of the year,” said Jeremy Seigal, managing director of The Perfume Shop, with 162 doors in the U.K. and Ireland.

Chanel No.5 topped the charts in Germany’s Wir für Sie cooperative of 340 private perfumeries in September, October and November. It also came in first at Boots the Chemists in the last week of November, closely followed by the brand’s Coco Mademoiselle scent.

“She epitomizes Coco Mademoiselle,” added Debbie Beaumont-Howell, beauty buyer for the U.K.’s 61-door House of Fraser department store. She said at one point recently, the scent (introduced in 2001 as a flanker to the Coco fragrance) generated even more business than the perennial top seller Chanel No.5.

Also from Chanel, Allure was going strong at KaDeWe in Berlin, as were Parfums Givenchy’s L’Interdit and Kenzo Flower.

Cool Water took the top spot at Wir für Sie this fall, too. Le Male was a bestseller at KaDeWe and House of Fraser, where L’Eau d’Issey, Prada Pour Homme and Armani Code are ringing up strong sales. The latter eaux were generating good business at Boots, as well.

In this fall’s fragrance crop, Emporio Armani Diamonds placed in the top five bestsellers recently launched scents at Boots in the last week of November, said Kerruish. It was also in the top 10 in Germany’s Wir für Sie this fall.

“Emporio Armani Diamonds has been a really strong seller for us,” said The Perfume Shop’s Seigal. “[It has] a fantastic juice, which is supported by a high-profile advertising campaign. The fact that Beyoncé is the face of the fragrance, that the song [in the ad is “Diamonds are a Girl’s Best Friend”] is right, the name is right, the bottle is right and the price is right, means that it is one of our strongest offerings.”

“Daisy has done incredibly well,” said Daniela Rinaldi, head of perfumery and concessions at Harvey Nichols, with six department stores in the U.K. and Ireland. She noted the scratch-and-sniff Daisy display on windows at the department store’s London flagship piqued consumer interest at launch. The floral theme is continued in the scent’s packaging, featuring three plastic daisies attached to the flacon’s gold-colored cap.

“The bottle and the juice are beautiful,” said Rinaldi. “The concept is incredibly well executed.”

House of Fraser’s Beaumont-Howell agreed. “We knew it was going to be good, but we didn’t know how good,” she said. “It has been phenomenal, from Day One, for us.”

Midnight Poison got accolades at stores including Italy’s Coin. “There’s a strong ad campaign, and fans of Poison were ready to make that step to a different version,” said Paolo Valerio, category manager of beauty and well-being for Coin, which has 39 stores.

In October in Sephora France’s 220 stores, Midnight Poison came in sixth — one place after YSL’s Elle and two spots before Black XS for Her, which ranked eighth. However, none of those fragrances made it to the top 10 at the perfumery in November.

Meanwhile, Gucci by Gucci was notching up good sales at Coin because of the involvement of the brand’s beauty license holder, Procter & Gamble, in the launch process, said Valerio. It was also at Printemps’ 17 doors, where the fragrance was introduced exclusively in France.

Although significantly different in scope and environment, the bestsellers in KaDeWe’s upscale beauty department largely echoed that of the much smaller, independently run doors of Wir für Sie, where Zen, Infusion d’Iris, Diesel Fuel for Life and Gucci by Gucci also made it in the top-10 ranking this fall.

According to Coin’s Valerio, Infusion d’Iris was ringing up strong sales at the store. “It has sold very well because it’s a coherent project that clients have really connected with. Also, it’s a modern classic juice, a little bit different from other new scents around.”

Diesel Fuel for Life started up very well at House of Fraser. At Boots, it places in the retailer’s top-five fragrances, including both existing and recent recently launched eaux.

“Diesel is an established brand, which is well thought of in the U.K. and appeals to a young fashion-conscious audience,” said Seigal. “Fuel for Life has been popular for both men and women because it is so innovative; the fragrance is new and different, and the advertising campaign has been high-impact and wide-reaching.”

L’Oréal, which holds the Italian denim brand’s beauty license, created six TV spots for the masterbrand, each featuring different models, plus eight print ads — four for each of the scents.

At Sephora France, the Diesel men’s iteration came in second among fragrances destined for males in October and fourth in November. At House of Fraser, it was the most successful men’s launch so far of 2007.

Tom Ford for Men was a front-runner at KaDeWe and Selfridges & Co.

The scent was a standout, according to Selfridges’ Tompkins. “It’s a really good fragrance.”

At Harvey Nichols and KaDeWe, Dsquared’s He Wood is also working well.

High-end niche scents are strong performers across the board, including at Selfridges and Harvey Nichols, where Tom Ford’s Private Blend made a particularly strong debut.

“Tom Ford has been amazing for us,” said Selfridges’ Tompkins, adding a number of scents from the 12-unit collection, including Tuscan Leather and Oud Wood, have sold out. Oud Wood is also out of stock at Harvey Nichols, where Private Blend and Daisy are “two of the most successful launches we’ve ever had,” said Rinaldi.

She added Infusion d’Iris and Agent Provocateur’s Maitresse are also performing well. In fact, niche scents are such hot products that she introduced a shop-in-shop for French brand Memo and is looking into bowing Etat Libre d’Orange and By Kilian fragrances.

Memo has also been successful at Le Bon Marché, as have Jo Malone and Miller Harries, among other niche names.

At House of Fraser, Tom Ford’s Black Orchid and fragrances by brands such as Roja Dove and Clive Christian have been great sellers, according to Beaumont-Howell.

On the celebrity front, Aguilera’s eponymous scent has topped celebrity fragrance charts at the U.K.’s The Perfume Shop since its launch there in September.

“Christina Aguilera’s fragrance has been one of our bestsellers at The Perfume Shop, consistently in the top five fragrances and our top celebrity scent,” said Seigal, adding the fragrance appeals to both young and older consumers.

This holiday season, treatment and color cosmetics items will increasingly be cropping up as gifts.

“Lots of brands have been offering coffrets with skin care and with color,” said Rinaldi.

Indeed, many retailers say treatment is a big seller in the run-up to the holidays this year. At Coin, for instance, the category has doubled its sales this period over last — outpacing even fragrance.

“Customers are choosing to buy expensive creams as gifts instead of perfume,” said Valerio.

“We have seen skin care grow with double-digit increases this season, and the luxury end of the category is certainly boosting this area,” said Harrods’ Bossom.

Over at Printemps, skin care sales gained about 10 percent versus the prior holiday period, according to Petitcolin, who added growth drivers are natural and organic brands.

When it comes to prepackaged gift sets of beauty items, some retailers note a decline in sales.

“Maybe it’s because customers have preferred our own personalized coffrets, where they can choose to buy any selection of products,” said Coin’s Valerio. “That’s really worked well for us in the lead-up to Christmas.”

“We have also noticed a decline in sales of coffrets and sets, although individual fragrance sales are up, which shows an interesting trend that we may bear in mind for next year,” said Bossom.