The c-suite shuffle continues at Tapestry.

The fashion group, which owns the Coach, Kate Spade and Stuart Weitzman brands, said Jide Zeitlin will continue as chairman and chief executive officer for the next three years.

Meanwhile, Coach brand president and ceo Joshua Schulman will depart after a transition period. Zeitlin will oversee the Coach brand while the company searches for a successor for Schulman.

“Since becoming ceo, I have had the opportunity to immerse myself in the company, including leading an in-depth review of the brands and businesses,” Zeitlin said in his prepared remarks. “The review revealed attractive growth opportunities for Coach, Kate Spade and Stuart Weitzman, which we will unlock by further leveraging each brand’s differentiated positioning and strong consumer connections, powered by a modern, agile Tapestry platform. Over the next several years, I will continue to work with our world-class teams to sharpen our focus on execution while driving our evolution to being a truly consumer-centric and data-driven organization, which will ensure we deliver on the full potential of our entire portfolio and enhance returns for all stakeholders.

Tapestry would not comment on Schulman’s next move, instead Zeitlin said, “We thank Josh for his leadership.

“Looking forward, I am excited to partner with the seasoned and talented management team at Coach, including executive creative director Stuart Vevers, to continue to build on the power of the Coach brand to delight our customers by delivering exceptional products and services,” he said.

Vevers added that he’s “excited to see what comes next.”

Zeitlin told WWD that with Schulman gone, he would be focused on product, market and strategy at Coach, while considering other growth opportunities across the Tapestry platform, such as reintroducing novelty products back to the Kate Spade brand, adding more footwear to Coach and Kate Spade, investing in talent and even growing in different markets, such as Europe or outlet stores in North America.

“I’m hugely respectful of this organization that is Coach,” Zeitlin said. “This is not a moment to make drastic changes. The good news is that there’s consistency across all three brands and there are real growth opportunities beyond the obvious fixes.”

Shares of Tapestry, which closed down 15.07 percent to $18.43 a piece, are down more than 43 percent year-over-year — including down nearly 25 percent in the last six months since September 2019 when Zeitlin took over as ceo, replacing former ceo Victor Luis.

Since then, Zeitlin had work to do — like turning the flailing Kate Spade and Stuart Weitzman brands around. Zeitlin, who joined Tapestry’s board in 2006 and has served as chairman since 2014, set about working on “fixable” problems at the group. 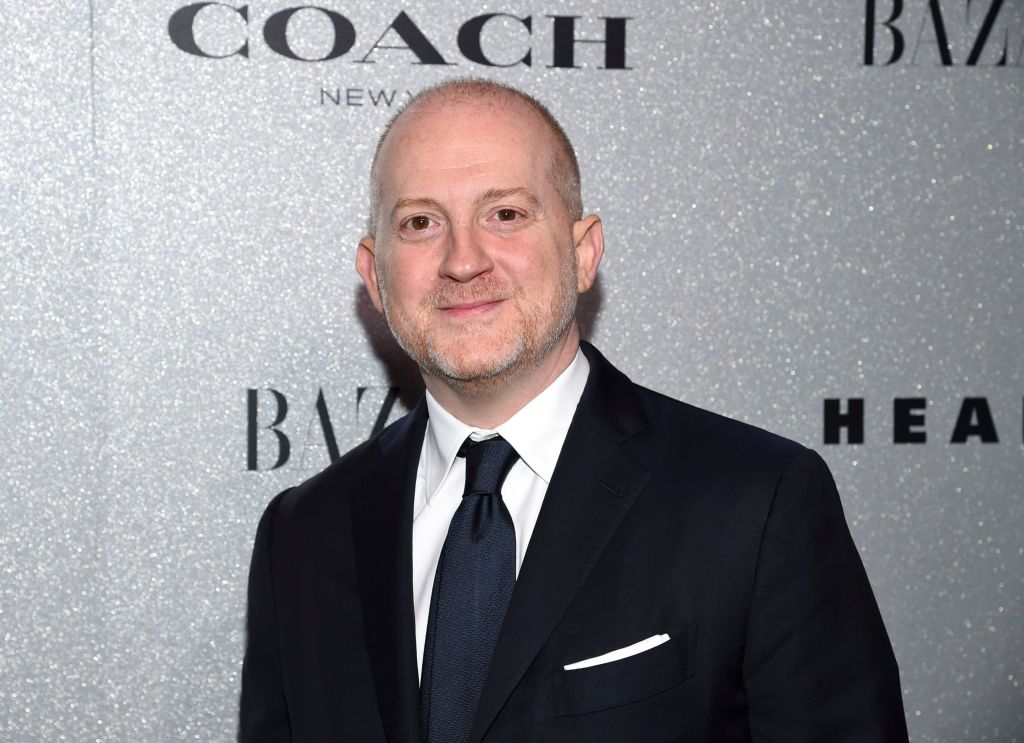 Joshua Schulman, in November 2018, will soon leave his post as president and ceo of Coach.  Evan Agostini/Invision/AP/Shutterstock

Last November, he told WWD that his team was focused on headwinds within the company’s control. That included leveraging data and technology to enhance the omnichannel operations and the company’s core products, while also using data to determine where improvements could be made.

Meanwhile, the Coach brand, the company’s largest and most lucrative, continued to be the growth driver, improving on top-line sales in the most recent quarter.

But even Coach wasn’t immune to headwinds beyond the company’s control, including the Hong Kong protests and now the widespread coronavirus, which caused stores throughout mainland China to close in January and February, before spreading to Europe and now the U.S.

In February, the company said it was anticipating a sales loss between $200 million and $250 million in the second half of the year due to the virus.

“If the situation further deteriorates, or the outbreak affects demand outside of the country, this impact could be worse,” Zeitlin said at the time. “It’s a sign of how fast the virus is spreading.”

In fact, governments in major cities in Asia and Europe have been recommending people to work from home until the virus is contained. On Saturday, New York governor Andrew Cuomo declared a state of emergency thanks to an increase of confirmed coronavirus cases in the state. As of now, Zeitlin said there are no plans to close company stores in North America.

“We don’t know when [the coronavirus] will end,” Zeitlin said. “We’re watching and learning with the rest of the retail industry. But as history has told us, when this ends, our business will come back. Customers still love our products. We’re extraordinarily well-positioned, including a debt-free balance sheet.

“We’re mindful of the environment we’re living through and — not but — at the same time excited about the opportunity we have,” Zeitlin continued. “This is a long-game.”