The U.S. Association of Importers of Textiles and Apparel is undergoing a makeover, trading in its 25-year-old brand for a new image. 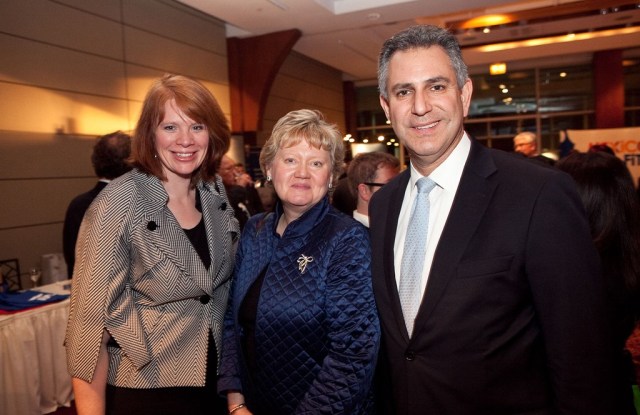 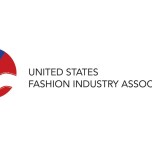 WASHINGTON — The U.S. Association of Importers of Textiles and Apparel is undergoing a makeover, trading in its 25-year-old brand for a new image, name and logo, as it broadens its mission to address changes in the global sourcing landscape.

The trade and lobbying group, which represents some 200 retailers, brands and service providers, will unveil and launch its new name — the United States Fashion Industry Association — and revamped logo, mission statement, set of values and Web site at its annual meeting in New York on Wednesday. The organization cohosts the meeting with the American Import Shippers Association. Its new Web site is slated to go live today at usfashionindustry.com.

The association’s core mission was focused more on tearing down trade barriers and opening new markets, but the world of global sourcing has changed dramatically in the last 25 years, and the USFIA aims to use its revamped image as it lobbies the executive branch and Congress on international trade policy issues.

When the association launched in 1989, the U.S. had signed only one free-trade agreement, quotas on apparel and textile imports controlled trade flows and China had barely surpassed Taiwan to become the top apparel supplier to the U.S., said Julia Hughes, who has been with the association since its inception in 1989 and is president of USFIA, as she was at USA-ITA. Today, the U.S. has signed 14 free-trade deals; global quotas have been eliminated; China has the lion’s share, at 41 percent, of the U.S. apparel import market, and Taiwan, Hong Kong and South Korea are no longer among the top four apparel suppliers to the U.S. Those three countries have been replaced by Vietnam, Bangladesh and Indonesia.

“When we were founded, our mission was clear: the elimination of global quotas [on apparel and textiles], but today our goals and our mission is broader than that,” Hughes said. “Our original name only mentioned U.S. importers of textiles and apparel, but our members are also exporters, retailers and global brands. They might have a product that is developed and designed in the U.S., but the product itself never touches U.S. [soil]. We care about barriers in Japan or barriers in Italy, and we are no longer just looking at access to the U.S. market.”

Hughes said her members replaced “importers” in the association’s name with “fashion industry” to reflect the industry in its entirety — from brands and retailers to consultants, logistics providers and academic institutions.

The Made in America movement, which has been gaining steam in the past few years, is also an area of focus that many of USFIA’s members are pursuing.

“Made in USA has always been a portion of companies’ production, but I think there is more of a focus on it now,” Hughes said. “There is potential for it to grow. How large it can grow is a real question, but we support it.”

Hughes also noted that importing and Made in America initiatives are pursued simultaneously without friction.

“We haven’t seen a conflict,” Hughes said. “It is one element of sourcing for our member companies. We are not promoting one over the other. We are very supportive of Made in USA, and we sponsored some of the very first programs about Made in USA at MAGIC. It is a very important element, but it is one part of sourcing decision making.”

Hughes said the association has several top priorities in Washington for the remainder of this year and next year. Among them is a push for liberal rules of origin in the Trans-Pacific Partnership negotiations between the U.S. and 11 other countries. Vietnam, the second-largest apparel supplier to the U.S., is taking part in the negotiations and is a key sourcing platform for the U.S. fashion industry.

The U.S. has proposed a yarn-forward rule of origin that requires apparel be made of fabric and yarns supplied by the U.S. or other TPP partner countries to qualify for duty-free benefits when shipped back to the U.S. Importers oppose the rule and are seeking to broaden it to include third-country fabrics and yarns outside of the TPP partner countries, notably from China.

Hughes also pointed to renewal of the African Growth and Opportunity Act, which expires in 2015. USFIA and other associations are lobbying to have the preferential trade program extended early next year because businesses plan orders months in advance and become concerned when an expiration is looming.

Strengthening compliance in Bangladesh in the wake of two factory tragedies that have claimed the lives of more than 1,230 people in the past year is also a priority, she said.

Hughes said USFIA has members that have joined the two competing industry fire and building safety accords, as well as member companies that have opted to pursue their own path.

“A key issue for us is helping the industry make sure that we maintain the highest level of compliance,” Hughes said.