AGOA pact got off to a good start but many issues stalled momentum. 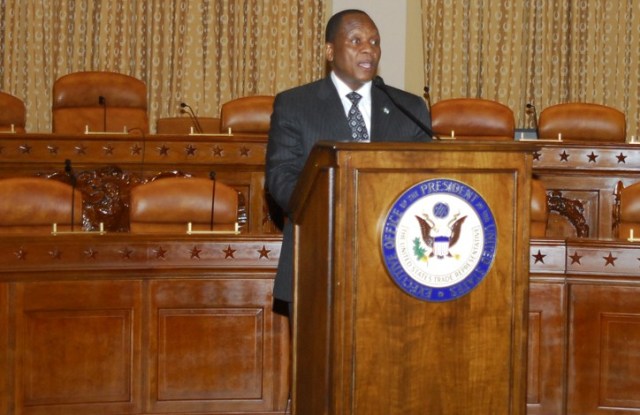 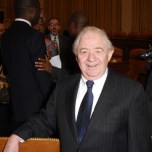 WASHINGTON — Ten years after the African Growth & Opportunity Act was enacted, it is clear the extension of duty free benefits alone were not enough to build a vibrant, regional apparel industry.

When the agreement known as AGOA extended duty free preferences to more than two dozen eligible African countries, it was hailed as a positive model for linking trade with aid for developing regions. Apparel producers, enticed by the duty free benefits the act extended, shifted production into the region. In 2005, five years after AGOA was enacted, it looked like the initiative was on track to be a success as the region’s share of U.S. apparel imports doubled.

“AGOA is running out of gas,” said Martin Trust, president of Brandot International, which holds an equity interest in more than a dozen textile and apparel companies.

U.S. retail customers in the apparel industry have given up on the region prematurely, he said.

Trust said during the life of the program, his company has shipped more than 500 million units of apparel from the region to the U.S. through his various ventures, which included Limited Stores Inc. until he retired in 2003 and started Brandot.

“Trade agreements are a very important mechanism to promote trade,” said Paul Bingham, managing director in the international global commerce and transportation practice at IHS Global Insight. “Reduction of duties matters, but it’s just a portion of the costs.”

Julia Hughes, president of the U.S. Association of Importers of Textiles & Apparel, said, “In the first five years [of AGOA] we saw new investment, new suppliers, increases in trade to the U.S. market. It would’ve been a success story.”

But Asia’s superior manufacturing and transportation infrastructures combined with shipping challenges in Africa and increased options for duty free access to the U.S. market eroded Africa’s apparel market share in recent years, said Paul Ryberg, president of the African Coalition for Trade, a nonprofit advocacy group of African companies that export to the U.S. under AGOA.

The AGOA region continues to be plagued by systemic infrastructure challenges ranging from insufficient power grids and water to lack of reliable transportation and problems with roads and ports. The lead times for goods manufactured in the region to reach the U.S. are impossibly long and access to trade financing is limited, apparel executives and industry sources said.

A spokeswoman for the U.S. Trade Representative said, “Africa’s greatest opportunity to expand and diversify its exports to the U.S. in apparel as well as other products will depend on them becoming more competitive rather than protection.”

“Transportation networks in the region tend to be unreliable, so it’s difficult and costly for us to ship in raw materials and to ship out finished products,” Ying said. “Port infrastructure in the region is also an issue.”

Ying said the program also had “some hiccups along the way.” Congress implemented several changes to the agreement, including to requirements about the use of materials from third-party providers when inputs were not available in the AGOA region.

“AGOA was not implemented as robustly and flexibly as it should’ve been and as a result the predictability took awhile to establish,” said Stephen Lamar, executive vice president of the American Apparel & Footwear Association.

The political realities in the AGOA region are also challenging. Sources said Madagascar, which was stripped of its AGOA benefits because of a recent coup, illustrates the challenges of doing business in a region with diverse and sometimes unpredictable political forces at play. The recent coup in Madagascar was the second in the last 10 years and both resulted in disrupted shipments and uncertainty for businesses. Many companies pulled out of the country. Trust said he still operates facilities in Madagascar, but all his goods are now shipped to Europe and South Africa, instead of to the U.S.

It’s also important to note that AGOA includes dozens of distinct nations, each with their own unique infrastructure, political and social realities, observers said.

In an effort to better compete, the government of Lesotho is investing in improvements to physical infrastructure like roads, utilities, water and telephones, and soft infrastructure, like trade facilitation, said Lesotho ambassador David Mohlomi Rantekoa. Access to capital is another crucial challenge for the industry, he said.

“We should not abandon the apparel sector, but we need to move into other sectors,” Rantekoa said.

Within the apparel industry, he said the priority is to shift from basic items into higher value products like shoes and suits.

In order to improve shipping options in the AGOA countries, economy of scale has to be achieved. There needs to be enough apparel production to make the additional cargo ships or faster cargo ships worthwhile. But without a stable, fast transportation system, increasing production is challenging at best, experts said.

“The scale of export clusters in Africa is still much smaller than those in the established export producers in Asia and so costs are higher until more firms enter the clusters and the scale economies kick in,” said Paul Collier, director of the Center for African Economies at Oxford University.

Levi’s Ying said, “Capacity building and infrastructure improvement are some of the key things that need to occur [in the AGOA region]. Making African nations logistically easier to do business in would help attract more apparel companies to the region. It would also help if the trading environment were more predictable.”