Update on the Bangladesh Accord — and Its Global Apparel Impact

The authors say the Bangladesh Accord "won’t go away quietly."

By Viren Mascarenhas and Kayla Winarsky Green on September 24, 2019

The Bangladesh Accord aims to make garment factories safe.

In our two previous columns, we discussed the 2013 Accord on Fire and Building Safety in Bangladesh and the two “historic” arbitrations that labor unions subsequently brought under it. We also noted that the future of the Accord — and its role in encouraging companies toward human rights compliance and prompting such historic settlements — was unclear, as it was set to expire in May 2018.

Since publication, the question has been answered twice: first in May 2018 and again in May 2019, doubly evidencing that companies are expected to continue acting in a “socially conscious” manner and that human rights compliance remains on-trend — for now.

Overview of the Bangladesh Accord and “Historic” Arbitrations

Following the disastrous building collapse in Bangladesh’s Rana Plaza on April 24, 2013, which killed more than 1,100 garment workers and injured 2,000-plus others, and previous fires that had occurred in Pakistan’s Ali Enterprises factory and Bangladesh’s Tazreen Fashions factory, more than 200 global brands and retailers, labor unions and private companies voluntarily entered into the Accord. The Accord is an agreement, which holds the signatories accountable to developing a fire and building safety program in Bangladesh. Failure to fulfill such obligations may be enforced through binding arbitration.

In 2016, two labor union signatories to the Accord initiated the first two such confidential arbitrations against global brands (their identities have not been revealed publicly). The arbitrations settled in 2018 (one for $2.3 million, and the other for unspecified “substantial funds”) and appear to be the first instances in which arbitrations were conducted under a business and human rights agreement. 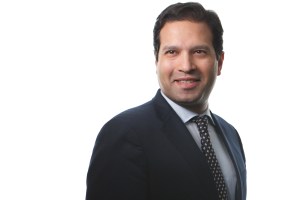 At the time of our previous publication, it was unclear whether this trajectory regarding the use of arbitration to monitor human rights compliance, and agreements such as the Accord specifying what constitutes compliance, would remain steady. In 2018, the Supreme Court of Bangladesh gave just a short-term extension to the Bangladesh Accord, prompting the “2018 Transition Accord,” which entered into effect on June 1, 2018.

The Court issued this directive notwithstanding the fact that complaints about Bangladeshi garment factories reached an all-time high in 2018 and the Court decided that the Accord must continue in Bangladesh until the government is truly able to ensure worker safety.

Shortly after the Court’s ruling, the Government of Bangladesh later ordered the Accord to cease its operations by Nov. 30, 2018, claiming that its national regulatory body, the Remediation Coordination Cell, was capable of continuing its work. The Accord signatories disagreed, and began yet another legal process, marked by delays and ambiguity.

On May 19, 2019, the Bangladesh Garment Employers Association, or BGMEA, and the Accord signatories signed a Memorandum of Understanding, the terms of which the Appellate Court endorsed, marking the end of this period of tumult and uncertainty. But the MoU allowed the Accord’s office and operations to continue in Bangladesh for just 281 additional working days.

The MoU also called for the establishment of a national Ready-Made Garment safety entity, which would be named the RMG Sustainability Council, or RSC. After the expiry of the 281-working day period, the MoU provides that the RSC will take over all Accord operations and will inherit the Accord infrastructure and staff. The RSC will be governed by representatives of the BGMEA, global brands, and global and national trade unions and work in cooperation with the Government of Bangladesh to ensure the work of the RSC compliments the work of the Government Remediation Coordination Cell. 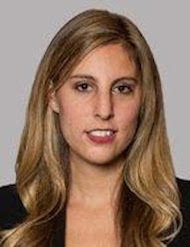 Finally, on Sept. 2 and 3, 2019, representatives of BGMEA and the Steering Committee of the Accord met in Dhaka, Bangladesh, to discuss a wide range of issues to ensure a smooth transition of the Accord and its functions (related to inspections, remediation, training and safety complaints mechanism) to the RSC by end of May 2020. The parties agreed on the importance of jointly developing the memorandum and articles of RSC and a “Transition Agreement” and stated that they would prepare drafts of these documents in accordance with an agreed timetable.

The Future of the Accord

What does all of this mean for global apparel companies operating in Bangladesh?

The Accord contends that very little will change for global companies, stating “through the MoU, all operations, staff, infrastructure and functions of the Accord will continue. All existing transparency features of the Accord will also be maintained, including full disclosure of all results of inspection and remediation activities on a public web site.” But trade union leaders don’t seem to agree, implying that the era of human rights compliance is coming to a close. Such representatives have expressed their displeasure with the results, indicating that the arrangement would give too much power to the factory owners, to the detriment of the safety and security of garment workers.

With the clock ticking on the 281-working day extension, around 13 to 14 months from May 2019, much remains to be seen on how the apparel sector will continue to operate vis-à-vis human rights in Bangladesh. Hopefully, questions pertaining to remediation and the likelihood of further arbitrations continuing to occur will be demystified in the upcoming joint work products from the Steering Committee of the Accord and the RSC.

While the Accord remains optimistic that its legacy will remain, the degree that it will do so is uncertain. But this does not mean that apparel companies should take their human rights obligations for granted or assume that they are safe from further arbitrations. The convoluted and often-extended history of the Accord evidences that the path forward will likely not be direct and easily settled.

We will continue keeping you posted on the developments.

Viren Mascarenhas is a partner in King & Spalding’s New York office, and is a member of the International Arbitration Practice Group. Kayla Winarsky Green is an adviser on human rights and business at the Danish Institute for Human Rights in Copenhagen.