By Kristi Ellis and Liza Casabona on March 11, 2009
View Slideshow 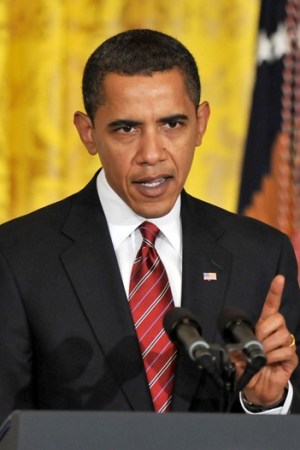 Customs Cuts Off Cotton From Xinjiang Production and Construction

WASHINGTON — Retailers and Republicans are about to lock horns with organized labor and President Obama over the Employee Free Choice Act.

The bill, introduced in Congress Tuesday, makes it easier to organize a union and sets binding arbitration on contract disputes if there is an impasse. The legislation is vehemently opposed by the business community, but is considered a salvation by unions that have seen their numbers dwindle over a generation.

And if further evidence of the stakes at play were needed, the bill’s mere introduction led to a downgrade of Wal-Mart Stores Inc.’s shares by Citigroup Global Markets on Tuesday. The world’s largest retailer is seen as a prime target for unionization efforts if the bill passes.

“We are introducing legislation that puts power back into the hands of the people who are truly the backbone of this country — employees,” said Sen. Tom Harkin (D., Iowa), who held a joint press conference with Rep. George Miller (D., Calif.) to announce the introduction of the bill in the Senate and House. “We intend to pass this legislation not in a matter of years but in weeks, months.”

The bill would essentially change the method of organizing a workplace to an open card-check system from a secret-ballot election that has been the standard for decades. Unions say it’s needed to avoid management intimidation during elections, while businesses feel it would add undue peer pressure to the process.

“We are against any bill that would effectively eliminate freedom of choice and the right to a secret-ballot election,” said a Wal-Mart spokeswoman. “We believe every associate should have the right to make a private and informed decision regarding union representation.”

Obama has signaled in recent days that he will invest political capital to get the bill passed.

“As we confront this [economic] crisis and work to provide health care to every American, rebuild our nation’s infrastructure, move toward a clean energy economy and pass the Employee Free Choice Act, I want you to know that you will always have a seat at the table,” Obama said in a videotaped message played on March 3 at the opening session of the AFL-CIO annual meeting in Miami Beach.

Industry executives fear the bill would lead to a surge in organizing activity in their stores and distribution centers, adding to their costs. The bill also stiffens penalties against employers that illegally fire or discriminate against workers for their union activity during an organizing or contract drive, and allows employers and newly formed unions to refer bargaining to mediation and, if necessary, binding arbitration if they are not able to agree on a first contract after 90 days of bargaining and 30 days of mediation. The bill would establish two-year binding contracts set by a federal arbitrator without a vote by employees.

Retailers and apparel brands are painting the bill in the starkest of terms and have invested millions of dollars in a massive lobbying campaign to defeat it.

“The rhetoric on both sides is almost apocalyptic — ‘If you don’t do this, workers will be reduced to poverty,’ and ‘If you do this, businesses will fall apart,’ ” said David Redlawsk, a political science professor at the University of Iowa. “It is simply a [struggle over] the balance of power.”

The Coalition for a Democratic Workplace, which has more than 500 business organizations as members, including the National Retail Federation, Retail Industry Leaders Association and American Apparel & Footwear Association, has launched a “seven-figure” ad campaign touting closed-ballot elections and reminding the president and key lawmakers that they were elected through secret ballots. A spokeswoman said the ad budget will increase significantly now that lawmakers have reintroduced the bill.

Labor and worker’s rights groups have responded with the same vigorous effort to push the bill through Congress. They argue the legislation will give workers more power to choose and organize unions, and ultimately improve wages and benefits. American Rights at Work, a coalition of labor and worker’s rights groups, spent $3 million on its latest national TV ad campaign attacking corporate greed and calling for a level playing field in workplace organizing, part of an ongoing campaign that dates back to early 2007 when the bill first surfaced in Congress.

Jerold Glassman, a partner in Fox Rothschild LLP, the outside labor and employment council for Liz Claiborne Inc. and several apparel companies, said the impact of the legislation would be “devastating.”

“I think more manufacturing would move offshore that hasn’t already moved, and I think there would be more consolidation and bankruptcies” in the retail industry, said Glassman.

He said the legislation is a double-edged sword. First, it would “take away the rights of my clients to participate in the organizing process and give their side of the story to the workers.” It would also take control of a major cost — labor and health care — out of the hands of employers and put it into the hands of a government arbitrator, he said.

“Why take a formal proper process [with secret ballot elections] that has worked for a long time and replace it with an informal process?” asked Paul Charron, chairman of Campbell Soup Co. and former chief executive officer and chairman of Liz Claiborne. “Why get rid of a secret ballot and consider a compulsory arbitration process? If the objective is to facilitate union organizing, I certainly understand why unions and my friends in the labor movement are in favor of this. I don’t think that ought to be the objective of any proposed legislation to simply facilitate the organizing process.”

Bud Konheim, president and ceo of Nicole Miller, who employs some unionized workers, said, “Philosophically, this [bill] is a bad idea. I’m in favor of no intimidation [during an organizing drive] and that is why we have a secret ballot. It is nonintimidating and it is about trust.”

Union membership has been on the decline for many years, but recent data from the Labor Department showed the numbers have started to turn around. Union membership rose by 12.1 percent, or 428,000, to 16.1 million in 2008, marking the largest spike in 25 years. But most of the growth came from government employees who joined unions last year. According to the government, 36.8 percent of government employees belong to unions, compared with just 7.6 percent of workers in the private sector.

“This [secret-ballot] election process is broken, and the employer opposition to this bill, with all due respect, is not about a newfound concern for the rights of workers but simply over preserving the right to low wages,” said Bruce Raynor, general president of UNITE HERE, which is currently undergoing an effort to break up the merger of UNITE and HERE.

Raynor dismissed the business community’s argument that the legislation would be devastating to the economy.

“The most successful package-delivery company is UPS, and it has been unionized for 50 years,” he said. “Unionization changes things because the model changes from simply providing low wages and benefits.”

UNITE HERE represents some 450,000 apparel and textile manufacturing, retail and distribution workers, hotel and gaming industry employees, laundry workers and food service employees. About 25 percent of the union’s members are in apparel manufacturing, distribution and retail. The Retail, Wholesale & Department Store Union, which represents Macy’s and Bloomingdale’s workers in New York, has a total membership of 100,000 members, including poultry and food product workers.

The growing crescendo of concerns about the legislation — including reportedly from some Democrats in Congress — may have reached the president’s ears. Obama recently signaled he could be open to a compromise on the bill between business and labor leaders. In an interview with the Washington Post’s editorial board on Jan. 15, he said while there are steps to take other than the legislation to “lift the thumb” on unions placed there by the Bush administration, he reaffirmed his commitment to the basic outlines of the bill. But he added he is willing to listen to all parties involved, including representatives of the business community, which, he acknowledged, views the legislation as the “devil incarnate.”

Harkin acknowledged that it will be a difficult battle in the Senate to pass the bill, which was introduced with 40 co-sponsors. But he said he was confident leaders would have 60 votes to overcome an expected Republican filibuster. He also said there has been “no erosion” in support from Senate Democrats and acknowledged there could be modifications to the bill as it moves through the amendment process.