Issues such as health care, union organizing and trade are at stake in what is expected to be one of the most volatile Congressional sessions in decades. 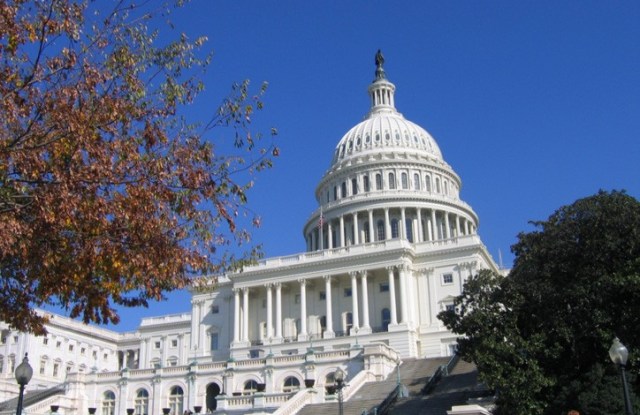 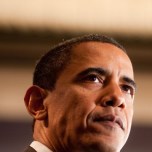 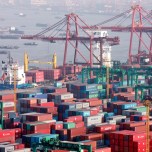 In what is expected to be one of the most volatile Congressional sessions in decades, the retail and apparel industry will be right in the middle of the melee. The session of Congress that kicks off today will see the administration of President Obama and the Democratic Party battle to get their agenda back on track after three months of rising political temperatures. The House and Senate will take up a slew of milestone issues ranging from health care reform to clean energy, spending bills and financial regulatory overhaul to international trade and union organizing legislation.

While Obama will seek to put health care reform front and center when he addresses a joint session of Congress on the issue tonight, it actually will be international trade that is likely to present his first true test — trade with China. Obama must decide by Sept. 17 whether to support a recommendation by the International Trade Commission to impose punitive tariffs on imports of Chinese tires for three years, beginning with 55 percent in the first year and phasing down to 35 percent in the third year, under the first general China safeguard case to come before his administration. The case is seen as a litmus test on where the Obama administration stands on trade and could become a defining moment in the complex trading relationship the U.S. has with China.

Still, health care reform, which has created a schism in the retail industry between Wal-Mart Stores, which supports reform, and other major chains, will dominate the debate.

“There is intense pressure on the majority party to produce results and show they can govern,” said John Emling, senior vice president of government affairs at the Retail Industry Leaders Association, which includes mass merchants such as Wal-Mart and Target as members. “That is a big reason why there will be a [health care reform] bill that moves.”

House leaders face the daunting task of reconciling three health care bills that were approved by committees with jurisdiction before the August recess. One Senate panel has passed a bill, but the Senate Finance Committee is still negotiating and has set a tentative deadline of Sept. 15 on what is expected to be the only shot at a bipartisan compromise out of the five committees.

Retailers and other businesses have been advocating their own positions, with a particular focus on employer health insurance mandates. Wal-Mart earlier this summer came out in favor of such mandates, pitting it against a large swath of the retail sector which opposes the plan over fears it would contribute to higher operating costs.

Obama’s speech advocacy of health care reform has been extensively attacked on TV talk shows and at town hall meetings nationwide over the summer. As important as the issue is to the President, however, the danger is that it becomes all-consuming and that much of the rest of his and the Democrats’ agenda gets lost in the health care hubbub.

“I worry about gridlock in the fall,” said David Spooner, an attorney with Squire, Sanders & Dempsey and a former assistant secretary of commerce for import administration and former special textile negotiator under President George W. Bush “Health care sure seems to be sucking out the oxygen and everything else on the Hill now and I don’t see that changing come September or October. It is only going to get worse.”

Other major issues that should draw some Congressional attention in the current session include:

• Financial regulatory legislation aimed at setting new rules for the financial industry and helping protect consumers. Obama is seeking to create a government agency to protect consumers in such areas as mortgages and credit cards.

• Spending bills in the Senate that fund government’s agencies, including the U.S. Trade Representative’s office and Commerce, Labor and Customs agencies for fiscal year 2010 that begins on Oct. 1. The House has passed 12 bills, providing $1.2 trillion in discretionary funding to operate the agencies. If the Senate is unable to pass its bills by Oct. 1, Congress will have to pass a continuing resolution, funding agencies at current levels, until the new bills can be approved.

• The clean energy and climate change bill, which would create what many have dubbed a “cap-and-trade” system where energy-intensive companies would get emissions allowances for pollution they could also sell or buy. The U.S. textile industry is lobbying for changes in the bill, including extending the allowances, which would primarily be reserved for steel and cement companies, to the textile sector and establishing mandatory “borderline adjustment” tariffs to be imposed on imported products made in countries that fail to adhere to the same new emissions regulations imposed on U.S. companies. The House narrowly passed a bill in June and it awaits Senate consideration.

• The Employee Free Choice Act, which the labor movement is championing but retailers and U.S. businesses are vigorously opposing.

The latest twist in the debate over the bill came Labor Day weekend when AFL-CIO president John Sweeney made what appears to be a major change in the union’s stance on the bill, revealing a willingness to compromise on one of the most contentious issues. In an interview with The New York Times, Sweeney said he would be open to shorter secret ballot elections in place of a majority sign-up process — dubbed “card check” by the business community — if that is what it would take to get the 60 votes needed in the Senate to overcome a Republican filibuster and pass the legislation.

The AFL-CIO president, who is retiring this month, said he could only accept a modification in the original bill if it contained a fair process to protect workers against threats and intimidation by employers.

But his successor, Richard Trumka, now secretary-treasurer of the AFL-CIO, stopped short in the same Times story of supporting speedy secret ballot elections in favor of the majority sign-up process, which still leaves the union’s overall position on the bill somewhat ambiguous.

The bill, as introduced, essentially changes the method of organizing a workplace to an open card-check system from a secret-ballot election that has been the standard for decades. The bill would also set binding arbitration on contract disputes if there is an impasse between employees and the union and employers.

The bill stalled in Congress this summer, but a group of senators trying to strike a compromise were already reportedly considering dropping the key majority card sign up provision. The House is expected to let the Senate vote first on the bill.

The efforts in the Senate to strike a compromise on both health care reform and EFCA were further complicated by the death last month of Sen. Edward Kennedy (D., Mass.), the key architect and leader of the congressional drive to pass sweeping, landmark legislation.

“You still have rumblings that if health care is delayed, you could see a move to bring EFCA up on the Senate floor,” said Steve Pfister, chief lobbyist and senior vice president for government relations at the National Retail Federation. “I am not certain, though, they will have a stomach to fight that fight.”

RILA’s Emling said, “There may be some breaking point where the Democratic leadership says we need a bipartisan victory, which may cause them to pivot away from the more controversial bills such as EFCA and climate change.”

But labor groups plan to redouble their efforts to pass “meaningful” health care reform and union organizing legislation this year.

“We will fight very hard to make sure the health care reform that comes out of Congress and is signed by the President is meaningful,” said Thea Lee, policy director for the AFL-CIO. “We consider a strong public option essential to the success of health care reform in addition to employer mandates.”

“Our goal is to get it done this year,” she said. “We have a commitment from members of Congress and we plan to hold them to those commitments.”

Lee dismissed reports the bipartisan group of senators has dropped a key provision in the bill that would force employers to certify a union if a majority of employees sign cards in support of one.

“Conversations are happening on what modifications might be made to get us the 60 votes in the Senate,” said Lee. “There are likely going to be some modifications, but our goal is to preserve the essential elements of the bill to make it easier for workers to join a union and discourage some of the illegal behavior employers engage in.”

Industry lobbyists acknowledge Congress will likely pivot away from many of their initiatives, including bills that would crack down on organized retail crime, overhaul trade preference programs, eliminate duties on apparel imports from least developed countries and confront hidden fees credit card companies charge retailers when consumers use credit cards to purchase goods from the merchants.

“Based on conversations with Hill contacts, many believe there won’t be major trade-related legislation until next year,” said Auggie Tantillo, executive director of the American Manufacturing Trade Action Coalition. “The only caveat is that you do have some [trade preference] programs expiring this year,” citing the Generalized System of Preferences program and an Andean trade preference program, so “there is a bit of a game of chicken being played on that issue.”

Stephen Lamar, executive vice president at the American Apparel & Footwear Association, said he expects some trade issues to surface in the latter part of the year.

Lamar said “a lot of little things” such as GSP and Andean extensions, Pakistan-Afghanistan duty-free manufacturing zones and separate bills to eliminate duties on certain kinds of footwear and outdoor apparel, “need to be done and some little things could add up.” But he said it is unlikely pending free trade agreements with Colombia, Panama and South Korea will see action.

But Spooner was less bullish on even a scaled back trade agenda this year.

“On even little things like a small expansion of [benefits in the African Growth & Opportunity Act, a U.S. trade preference program], the administration hasn’t shown a willingness to move legislation,” said Spooner.