Public Health England has been studying the disproportionate impact of the coronavirus on people from black and Asian ethnic groups.

LONDON — Britain’s health secretary Matt Hancock told fellow Parliamentarians here that “black lives matter,” but he was not referring directly to the widespread protests against the killing of George Floyd in Minneapolis.

He was talking about the release of a much-anticipated report by Public Health England, a U.K. government department that looks to address unequal health standards, showing that people from black and Asian ethnic groups are more likely to die with COVID-19 than their white British counterparts. The same groups also have been disproportionately impacted by the virus in the U.S.

In a speech in the House of Commons on Tuesday, Hancock said being black or from a minority ethnic background including Chinese, Indian, Pakistani and Bangladeshi is a major risk factor, along with age, occupation, sex (working-age males are twice as likely than their female counterparts to die from COVID-19) and living in deprived and densely populated urban areas. 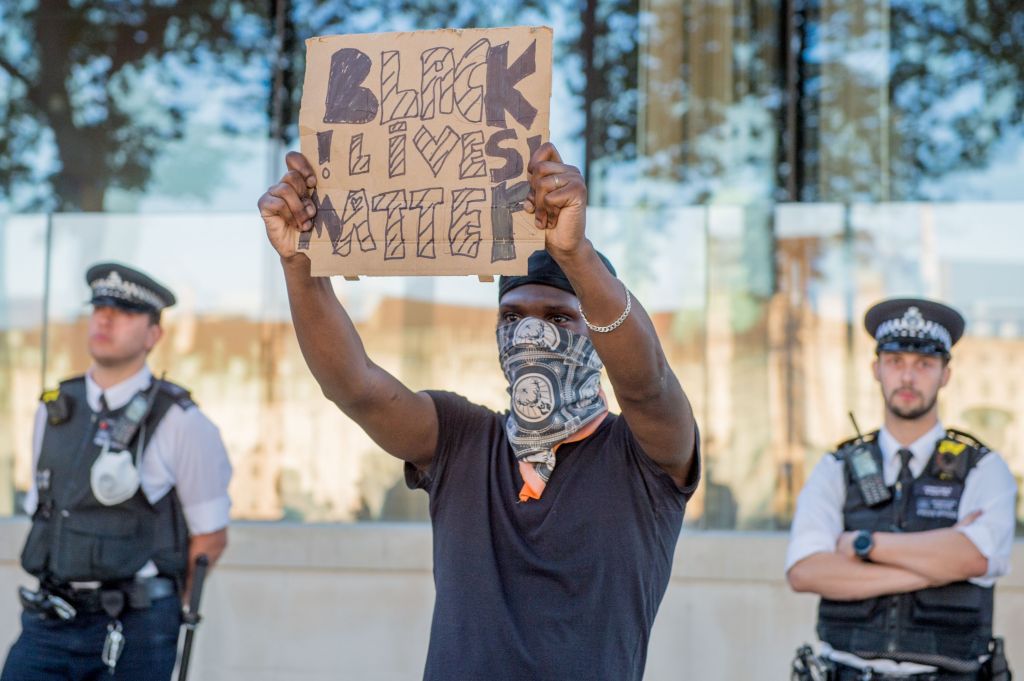 A Black Lives Matter protester outside New Scotland Yard, the headquarters of the Metropolitan Police in London in response to the death of George Floyd.  Ollie Millngton/RMV/Shutterstock

The coronavirus, he said, targets black people and those from minority ethnic backgrounds in an “unequal and disproportionate way,” and said people are understandably angry about that injustice. “This pandemic has exposed huge disparities in the health of our nation.”

Black women were more than twice as likely to be diagnosed with the disease compared to their white counterparts, while black men were almost three times as likely than white men to suffer from COVID-19, according to the PHE report. In the study, PHE accounted for age, deprivation, region and sex, but did not adjust for underlying illnesses.

“There is much more work to do to close the gap,” he said. “Black lives matter, as do those in the poorest areas of our country which have worse health outcomes.” Echoing one of the Conservative Party’s campaign slogans and a pillar of its manifesto, Hancock said the country needed to “level-up” health outcomes across the country.

He has appointed the U.K. equalities minister to spearhead further research into why certain communities are disproportionately affected, and to look into if — and how — all of the risk factors are related.

The report found that age — regardless of ethnic background — is the biggest risk factor linked to COVID-19. People who are 80 years of age or older are 70 times more likely to die than those under 40.

Occupation is another big risk factor: Those dealing with the public in closed spaces, such as taxi drivers, are also at high risk of catching the disease. Hancock pointed out, however, that people working in hospitals are not more likely to catch the coronavirus, or to die of it.

Hancock’s statement came just days after thousands of Londoners took to the streets over the weekend to protest against the killing of George Floyd in Minneapolis. Protestors, many of them wearing surgical masks, carried signs saying “Black Lives Matter” and “White Silence Is Compliance” as they marched from central London to the U.S. Embassy in Nine Elms, near Battersea.