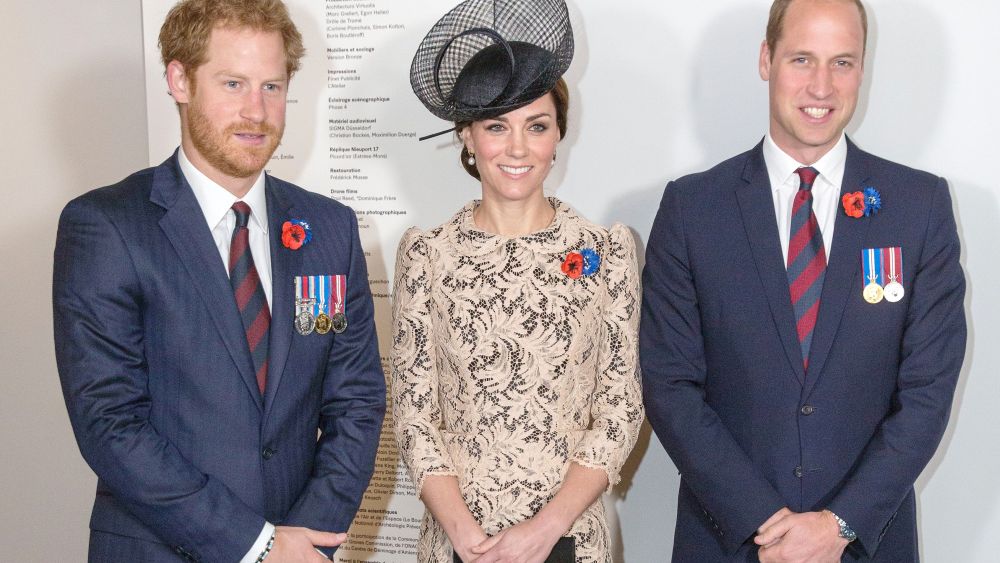 LONDON — With Theresa May triggering Article 50 at the end of the month — signaling the start of Britain’s difficult exit from the European Union — it appears the government is simultaneously mounting a charm offensive on the Continent with help from two beloved British royals.

Starting this week, the Duke and Duchess of Cambridge are set to attend a series of royal engagements on behalf of the Foreign and Commonwealth Office, which is responsible for protecting and promoting British interests worldwide. The couple will visit Paris for two days, and then Germany and Poland in July.

According to many royal-watchers, they are operating as unofficial Brexit ambassadors, their visits aimed at strengthening ties between the U.K. and the Continent. It’s no coincidence that they will visit France, one of the countries that has offered up some of the toughest talk about Britain’s exit, just as negotiations begin.

The glamorous, nonthreatening royals have worldwide appeal, and are seen by many as being the embodiment of British values. They also have two cute kids and smile a lot. Who could resist?

“Royal visits play a very important role in the United Kingdom’s bilateral diplomacy,” said a spokeswoman for the Foreign and Commonwealth Office.“The Royal Family are excellent and experienced ambassadors for the United Kingdom. While every royal visit is unique, each visit is designed to support foreign policy objectives and promote closer ties across a range of areas, for example cultural, economic or political, between the U.K. and the host country.”

Last October, the duchess took a solo trip to the Netherlands where she spent the day touring The Hague and Rotterdam on a series of engagements. Last year, Prince William visited Dusseldorf to attend events in honor of the British Armed Forces stationed in Germany.

On Friday, the couple will travel to Paris, and it will be Prince William’s first time in the French capital since the death of his mother on Aug. 31, 1997.

The two-day royal itinerary includes a reception for French leaders, a formal dinner and a rugby game where Wales will play France at the Six Nations test at the Stade de France.

“We’re in a very difficult situation in terms of relationships with Europe,” said York. “I think the young royals are a charming pair and people like them and are very interested in them — and particularly in her. They are a modern version of our ‘soft power.’ They cannot and will not say anything explicit about Brexit (although) they’re acting as Brexit ambassadors. They’re a symbolic way of saying ‘This is a nation you want to maintain relationships with.’”

York described the British royal family as “European to the max. Those two young people are absolutely brought up to do this. They will do it well. It’s just everything else is so uncertain. They’re very well-trained and very self-disciplined and I just hope they get it right.”

Richard Fitzwilliams, a British public relations consultant and royal commentator, said there is much importance attached to the royals’ visits to European countries.

“I do think it’s important to stress there’s only so much these visits can achieve, but the point is however well or badly the political negotiations go, the important thing is to remain friends. We’ve got the world’s most high-profile monarchy, so the coverage of these trips will be enormous. There will be vast amounts of publicity. There are cultural and sporting ties (with these countries) and very often a link to a charity. It’s really to spread good will. It’s a form of soft power,” said Fitzwilliams.

He believes the visits have been timed to smooth relations with countries with whom Britain will be having “very tough” negotiations. “This basically is a continuation of good will on certain levels even if on other levels there is — and may very well be — profound disagreement. When you extend the hand of friendship on one hand, I think everyone’s interested. When you have for example, the Duchess of Cambridge, wearing fashionable gowns with the charm that William projects. You can see how happy they are; unlike Charles and Diana who vied for attention, they complement each other, which is the way that it should be.

“There is absolutely no doubt that whatever the politicians achieve, good will, friendship, cultural, sporting, diplomatic, scientific cooperation, these are all continued.” He said in Paris the Duke and Duchess of Cambridge will be meeting a number of victims of the Bataclan attack in November 2015. “These sorts of links are tremendously significant, and very often there are also the links to veterans, the military cooperation over the years and the various traditions that link different countries.”

Ingrid Seward, the royal biographer and editor in chief of Majesty Magazine, doesn’t necessarily agree with the duke and duchess being cast as Brexit ambassadors. She said their official visits are important — but mostly for good relations and trade.

“The royals cannot be political so they are always very nonpolitical,” said Seward. “They’re definitively not going as Brexit ambassadors. They couldn’t put them in that position because the monarchy is not political. I think any visits of this nature would definitely help, but I don’t think it will have any impact on Brexit because it’s not a Brexit thing.”

She said the royals are always used in a “soft” way.

“The whole idea of all their foreign travel is to promote Britain and promote British trade and promote British goods — but not necessarily British political views. I think that the Europeans love our British Royal Family and they’re fascinated. I think probably they always have been, but especially since the days of Diana. They’re fascinated by William because he’s Diana’s son and therefore, they’re extremely interested to see how it all works, and what they look like and what they’re wearing and saying — even if they don’t say anything.”

In a year that will likely be fraught with anger and disagreements, the royals’ silence may prove to be golden.