The brand said it was keeping a watch on events in the city, which has been rocked by protests now in its third month.

Protesters gather on Sunday, August 18, 2019 in Victoria Park for what was the second-largest demonstration numbering 1.7 million.

The fate of Chanel’s cruise show in Hong Kong is looking uncertain, owing to social unrest in the city that’s now in its third month and shows no signs of relenting. A protest Sunday in the city drew 1.7 million people, rally organizers said, the second-largest number of demonstrators since the political unrest began in June.

Last month, Chanel announced it would reshow its cruise 2019 show in Hong Kong on Nov. 6 at the Kai Tak Cruise Terminal. But in a statement to WWD, Chanel indicated it was keeping its options on the table and may change its commitment.

“Like all brands present in Hong Kong, we are keeping a close watch on events, and have not yet made a decision,” the French house said.

This past Sunday’s protest drew a significant portion of the city’s 7 million population, despite heavy rain. While a good many of the protests had been of a smaller size, a rally on June 9 saw 1 million people attend, while on June 16, the size of the protests doubled to 2 million people, its organizers said.

No tear gas was deployed this past weekend, offering the city some respite, and a sign of improvement compared to the week before. The gatherings overall have been mostly peaceful but the outbursts of violence had seemed to be deepening and prompted a statement of concern from the UN High Commissioner for Human Rights.

The city is in danger of slipping into a recession in the third quarter, its financial secretary warned earlier. Aside from numerous store closures over the past few months, the airport and train systems were impacted too for several days. Additionally, the anti-Beijing nature of the protests have struck a nationalistic nerve in mainland China, where news is censored, antagonizing Hong Kong’s key source of shoppers.

On Aug. 12, Lifestyle International, the Sogo department store operator confirmed that its business was dragged down by the protests. For the six months ended June 30, its Sogo Causeway Bay store recorded a 4.8 percent decline in sales revenue, commenting that the anti-extradition protests “played a part in bringing down the traffic footfall and sales revenue of the store.” 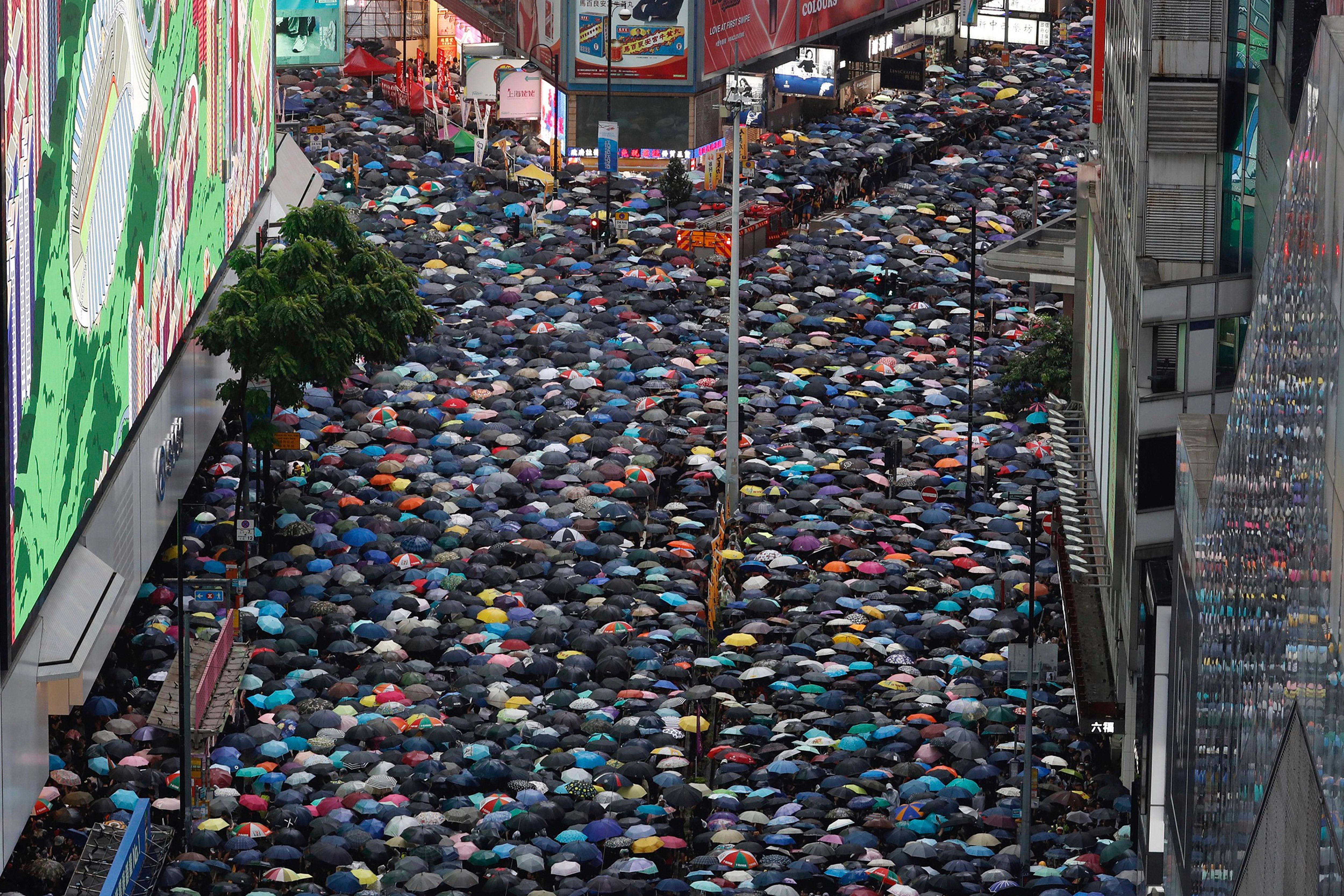 Demonstrators in Hong Kong march in front of the Sogo department store on Sunday. Located opposite it is Hang Lung Properties-owned Hysan Place mall.  Vincent Yu/AP/Shutterstock

The operator is likely to see further impact as its Causeway Bay store has been located on the route of the biggest protests, including this past weekend.

“The city’s ongoing political and social unrest will cause further damage to the local economy,” it anticipated, “souring consumers’ appetites and suppressing investor sentiments in both the property and stock markets.”