Trade policy has always been important to President Trump, but its meaning has changed.

It was once a psychological punching bag Trump could use to vent frustrations — largely about people somewhere else taking advantage of America. Now, it’s a weapon he uses to pursue other goals, from countering the influence of China to cutting off immigration.

That in itself is nothing new, Washington’s trade purists have long complained that policies are driven not by rational economics, but by back-room deals. But while earlier presidents made relatively discreet changes to trade policy, seeing it as a scalpel, Trump is wielding trade policy more like a bludgeon.

Now that the trade war with China is in full swing and Mexico is suddenly in the crosshairs, WWD looks back to seven stories that connect the dots on Trump’s approach to trade — from his fight with Macy’s to his latest move against Mexico.

When Donald Trump kicked off his long-shot presidential campaign claiming immigrants coming from Mexico were “rapists” bringing in drugs and crime, many started distancing themselves, including Macy’s Inc., which dropped Trump-branded products emphasizing its “commitment to diversity.” Candidate Trump told WWD: “Macy’s choked under pressure. I hate chokers. Macy’s has been weak on illegal immigration. They want to be politically correct, but they’re taking the wrong stand on this.”

Trump had already distanced himself from his own fashion line, expressing his frustrations with trade: “I have never been happy about the fact that the [Trump-branded] ties and shirts are made in China, and should I start a new product line somewhere in the future, I would insist that they are made in America. Quite frankly, I was never satisfied with manufacturing my product in China, but because of what they’ve done in terms of devaluing their currency, it is very hard for other companies to compete and make such apparel in the United States.”

“From this day forward, a new vision will govern our land,” Trump said in his first statement as 45th President of the United States. “From this day forward, it’s going to be only America first, America first. Every decision on trade, on taxes, on immigration, on foreign affairs will be made to benefit American workers and American families. We must protect our borders from the ravages of other countries, making our products, stealing our companies and destroying our jobs. Protection will lead to great prosperity and strength.”

After 500 days in office, Trump touted “Massive Tax and Regulation Cuts” and “Best Economy and Jobs EVER,” but worries were cropping up among businesses that tax-cut gains would be given over to a budding trade war. Trump was well on his way to boosting tariffs on $50 billion in Chinese goods and instituted duties on certain metals from the European Union.

“Now you’ve got this kind of on-again, off-again environment where no one really knows how the week is going to end,” said Stephen Lamar, executive vice president of the American Apparel & Footwear Association. “People are worried about the other shoe dropping. The biggest danger is if the China issue spins out of control.”

The skills Trump learned in reality TV have translated to the White House. The Oval Office has become the nerve center for a new kind of 24-hour programming — the Reality Presidency — and it has dominated the headlines throughout 2018.

“President Xi and I want this deal to happen, and it probably will,” Trump tweeted shortly after a trade war truce with China was called. “But if not [and an agreement isn’t reached] remember, I am a Tariff Man. When people or countries come in to raid the great wealth of our Nation, I want them to pay for the privilege of doing so. It will always be the best way to max out our economic power. We are right now taking in $billions in Tariffs. MAKE AMERICA RICH AGAIN.”

Tariff Man Is Back and Fashion Could Get Dragged Into the Fray — May 6, 2019 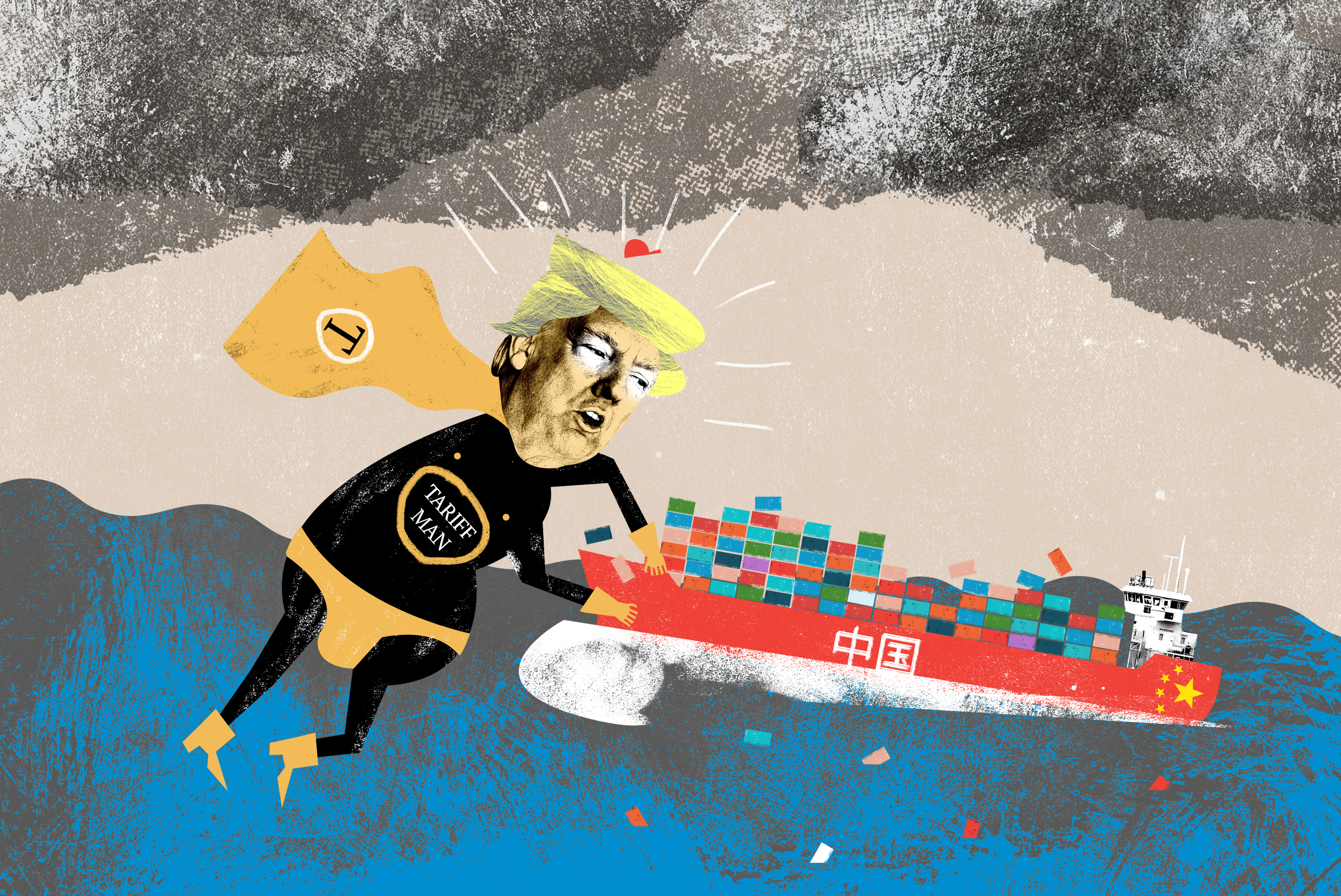 Donald Trump has reveled in his role as a “Tariff Man.” A lot can happen over a weekend — especially when President Trump has access to Twitter. Trump said he was going to raise tariffs on $200 billion worth of Chinese imports — many of which are consumer-facing and include handbags — to 25 from 10 percent. “The Trade Deal with China continues, but too slowly, as they attempt to renegotiate. No!” he tweeted.

Trump didn’t stop there, renewing his threat to slap 25 percent levies on a further $325 billion worth of goods coming from China, setting U.S. fashion importers on edge.

The bloodbath at malls is about to get worse — unless the U.S. and China can resolve their differences fast. Analysts at investment bank UBS cautioned that President Trump’s proposed new 25 percent tariffs on all Chinese imports that have not yet been targeted, including apparel and footwear, could result in the closure of 12,000 stores and the loss of $40 billion worth of sales. “The market is not realizing how much brick-and-mortar retail is incrementally struggling and how new 25 percent tariffs could force widespread store closures,” said UBS retail analyst Jay Sole.

President Trump’s latest trade spat — with Mexico — gave investors on Wall Street and retail and apparel groups a chill. The Dow Jones Industrial Average fell more than 300 points to 24,859.10 in trading after Trump unexpectedly revealed plans to place 5 percent tariffs on all Mexican imports starting June 10 unless the country can curb illegal immigration into the U.S.

“This is unfathomable,” said Rick Helfenbein, president and chief executive officer of the American Apparel and Footwear Association. “More than 200,000 jobs in our industry, and countless more across the United States, depend on strong trade linkages with Mexico. Whether imposed at 5 percent or 25 percent, these tariffs put American jobs in jeopardy.”