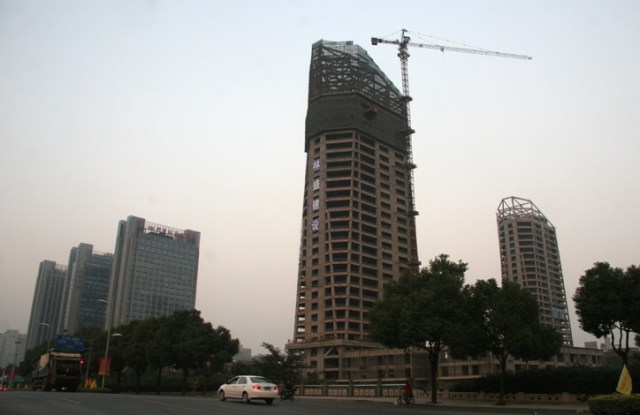 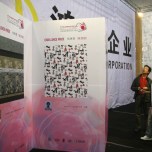 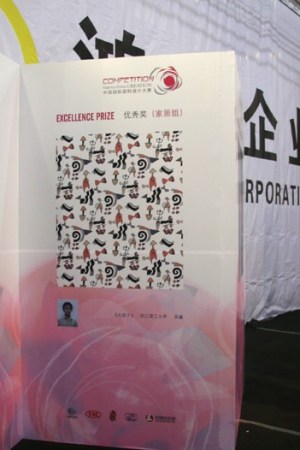 KEQIAO, China — Whether the garment label reads Made in China, France or the USA, there’s a good chance the fabric originated in a relatively unknown textile region: Shaoxing.

In the 20 years since Keqiao Town in Shaoxing County was designated China Textile City, tax breaks and political support have helped boost its development as the main textile hub in the world’s largest fabric-producing country. However, its standing remains under the radar, especially to the West.

“A lot of international brands source from here, I just am not at liberty to say who,” said Zhou Rusheng, director of China Textile City. “For example, a shirt sold in Hong Kong won’t specify that the cloth is from Shaoxing because Shaoxing is not famous and China’s manufacturing reputation is bad. If they do say it’s from China, they’ll say Shanghai or Beijing, not Shaoxing.”

Keqiao manufactures 10 percent of all the cloth in China, and dyes or prints, one-third. It is home to 19,000 trading companies, more than 10,000 textile producers, 3,500 international purchasers and scores of other players in the textile supply chain.

“We have an annual production of 15 billion meters — that’s almost three meters per capita for the entire world population,” Zhou said.

About 40 percent of that output is exported. Other nearby towns in Shaoxing County, such as Anchang and Qianqing, also boast formidable material outputs and Shaoxing City, like Keqiao, hosts a substantial concentration of textile offices. In 2008, Shaoxing County had a gross domestic product of 60.83 billion yuan, or about $8.92 billion, at current exchange. The textile industry generated 65 percent of the total.

Shaoxing proper is one of Eastern China’s ancient cultural centers, known for its yellow wine, pungent tofu, tea houses and literati, in addition to its textiles. Its historic celebrities include King Yu, a legendary founder of Chinese civilization dating to 2200 B.C., and Ming poet and painter Xu Wei. The homes of revolutionary icons dotting the city have preserved Shaoxing’s ancient charm. The centuries-old residential neighborhoods are interlaced with canals still plied by boatmen wearing Shaoxing’s signature black hats.

The area’s textile heritage is no less distinctive. Coastal Zhejiang’s history of producing and exporting cloth dates to China’s Spring and Autumn Period (770 to 476 B.C.). The region’s reputation as a textile center continued through subsequent dynasties and millennia, abating only during the political upheavals of the 19th and 20th centuries.

In 1999, Keqiao launched its own trade fair. The event, which used to be held annually, became biannual last year. The most recent four-day edition of the China Keqiao International Textile Expo wrapped up Oct. 28. Although the infrastructure and government support give it an edge, Keqiao is one giant among many, and faces competition from other textile hubs in Zhejiang and neighboring Jiangsu.

One way that Textile City has sought to consolidate its position is through a huge expansion of physical infrastructure. Driving to Keqiao from downtown Shaoxing, a gleaming new city of half-built office high-rises and luxury villas emerges Oz-like from the surrounding landscape of boxy factories and markets enveloped in smog. It recalls Beijing in 2006 or 2007, at the height of the pre-Olympics building boom. There is a sickly brown shade to the air and repetition of ultramodern, half-finished towers along extrawide roads.

A benefactor of China’s stimulus spending on infrastructure and high local tax revenues, Keqiao seems emblematic of the build-it-first, make-it-work later approach typical of development in China. Of the smart new market facilities, the first floors showcased to visitors are usually occupied, but their upper stories are mostly vacant.

Jeffrey Clark, director of B2B service Source the Globe, speculated that the local government was more concerned with the appearance and branding of the construction than with actually filling the buildings. The huge new Clothing & Accessories Market directly across from the convention and exhibition center is an example of the overcapacity, now at less than 10 percent occupancy.

“It’s not very good business — people are too few; it’s too new,” said an attendant surnamed Zang, who works at a showroom for local apparel brand Belide.

Jin Guanxiu, head of the enterprise service department of the Keqiao-based Zhejiang Textile Industry Institute, said: “Keqiao is the largest textile trade center in China and it peaked in 2000 to 2004. Since 2004, investors have had very high expectations for Keqiao, which explains why there are so many newly built factories in Keqiao. However, the financial crisis has placed lots of challenges on its development.”

He said Keqiao is slowly recovering.

Along with infrastructure construction, Keqiao is looking to shift from cheap manufacturing to higher-end, value-added products by investing in what China calls “creative industries.” To this end, the Zhejiang Textile Industry Institute invites dozens of South Korean textile designers to teach in Keqiao and participate in the city’s trade fair.

Jin said Keqiao needs to put more emphasis on design to broaden its textile client base beyond Asia to Europe and North America. China Textile City’s Zhou also stressed the importance of creativity and finding people to take the region forward.

“Beijing and Shanghai have such people, but they have no place to be creative or no opportunities,” he said. “So we bring them together, like in Milan and London. We are cooperating with the Shanghai fashion industry, so that we can be a place where good ideas come to fruition.”