CFDA and AAFA Testify on Piracy

The hearings are to advance a bill known as the “Innovative Design Protection and Piracy Prevention Act.” 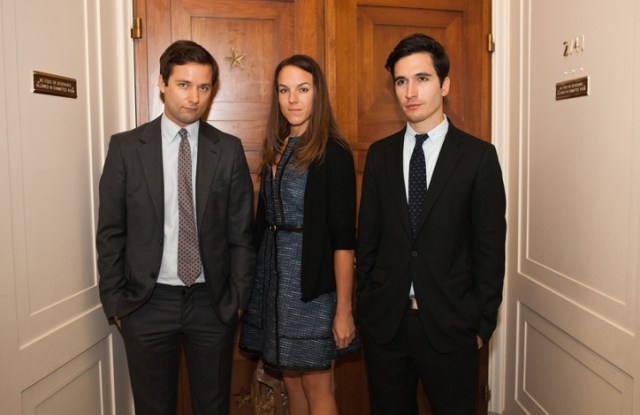 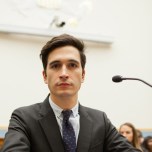 WASHINGTON — The Council of Fashion Designers of America and the American Apparel & Footwear Association came to the halls of Congress on Friday trying to advance a bill known as the “Innovative Design Protection and Piracy Prevention Act” that would put more teeth into copyright protection for fashion creations, claiming design piracy and knockoffs are stifling innovation.

If enacted, the bill would cover “deliberate copies that are substantially identical to the protected designs” and would provide protection for three years. All designs created in the public domain prior to enactment of the bill would be exempt and protection extends automatically to designs, without having to register them. A “heightened pleading standard” in the measure requires a plaintiff in a lawsuit to prove the design is “protectable, substantially identical” and that the defendant had access to, or was aware of, the “protected design.”

Lazaro Hernandez, designer and a partner of Proenza Schouler, testified before the House Judiciary subcommittee on Intellectual Property, Competition and the Internet on behalf of the CFDA, outlining how his business has been damaged by copyists who are able to reproduce a runway design in a matter of a few days, before Proenza Schouler even receives its first order for the original design.

“The fashion industry is already a tough business and it is getting tougher because of piracy,” Hernandez told lawmakers.

He said it takes tens of thousands of dollars to start a business and even more to sustain it. Proenza Schouler produces four collections a year at a cost of about $3.8 million, Hernandez said. The typical cost of a fashion show runs about $320,000.

“Our designs are born in our imagination. We create something from nothing at all,” Hernandez said. “By far the majority of apparel is based on garments already in the public domain. Nothing about the proposed legislation will change that. Nobody will ever be able to claim ownership of the T-shirt or pencil skirt. This bill is intended to protect only those designs that are truly original.”

Hernandez told the committee that one of Proenza Schouler’s most popular designs — the PS1 satchel — has been knocked off repeatedly.

“We have attempted to assert our rights to fight this piracy, but without success because, unfortunately, it is currently legal under U.S. law to pirate a design…[even one] that is a key to our business,” Hernandez said.

Rep. Bob Goodlatte (R., Va.), chairman of the subcommittee, who introduced the legislation this week, asked Hernandez to address assertions of critics of the bill that nothing is truly original because all design is derivative.

In response, Hernandez said: “The problem is someone copying, stitch for stitch, what we have already created. There is a big difference between being inspired by something and copying something.”

He added that he believes copyright protection has “not caught up with technology” that allows knock-off artists to reproduce designs over the Internet quickly.

“There has been a disconnect there,” Hernandez said.

Rep. Mel Watt, (D., N.C.) asked proponents of the bill for a list of instructions that would be given to 12 jurors “that defines clearly the distinction between inspired by…and substantially identical.”

“The proof in a case is going to rely on 12 uneducated, unsophisticated design people making those kinds of distinctions,” Watt said. “Unless that can clearly be drawn, you are just going to have endless litigation and that is a concern I have.”

Kurt Courtney, manager of government relations for the AAFA, said the “substantially identical” standard is tight and a “very high threshold when compared against never-before-seen fashion articles.”

Courtney also dismissed the argument the bill would open the door to frivolous lawsuits — a position held by Christopher Sprigman, a University of Virginia School of Law professor who opposes the bill and who testified — saying the heightened pleading process places the burden squarely on the plaintiff to show that the design is original, the defendant’s design is “substantially identical” and proof that the defendant had some access to the design before infringing on it.