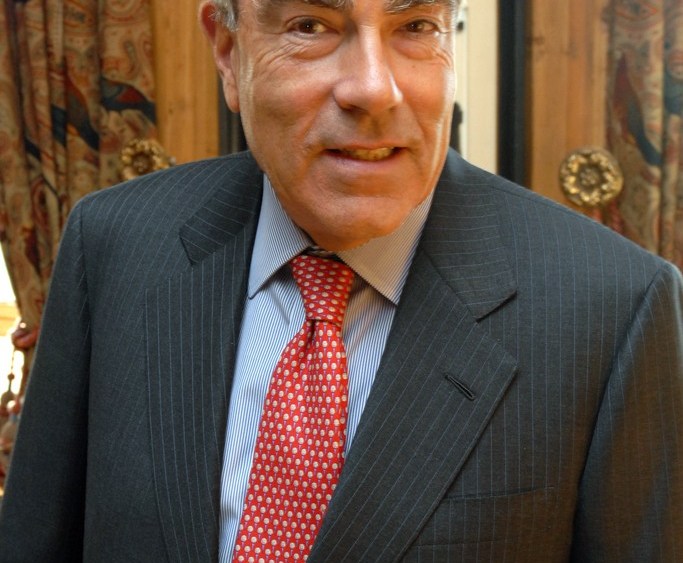 What about the issues?

That’s the major question members of the financial community have as the presidential campaign hits high gear, with the Republican Party postponing the start of its convention in Tampa, Fla. to Tuesday due to Tropical Storm Isaac, where it is expected to formally nominate Mitt Romney as its candidate. The Democrats follow in Charlotte, N.C., next week, where President Obama will get the nod.

Financial industry executives bemoan the fact that, so far, the campaign seems more about slinging mud than talking policy.

“The campaign has become much too nasty, which is distracting from the key issues,” said Gilbert Harrison, chairman of Financo Inc. “Neither of the candidates nor Congress, nor even the public, are focusing on what should be done.”

Paul Charron, senior adviser at Warburg Pincus and a former chief executive of Liz Claiborne Inc., said, “Instead of doing what your mom told you that ‘When you build yourself up, you don’t do it at the expense of others,’ now we tear others down.”

The negative campaigning isn’t new, according to Les C. Vinney, currently a director of the Campbell Soup Co. and Patterson Cos. Inc., who said it may feel that way because the tactics are more sophisticated and blatant and the ads that are shown often seem to feature a negative spin.

“The [real] problem is that both sides are making statements that lead one to conclude, or state a conclusion, that isn’t quite accurate,” said Vinney, who also served on the board of the Federal Reserve Bank of Cleveland.

John Howard, ceo of Irving Place Capital, said, “As a Democrat, I support President Obama, but can’t abide the demonization of Mitt Romney’s record at Bain [Capital]. His is an extraordinary achievement and has helped to create thousands of jobs.”

Howard cited Staples as an example where Bain’s early investment helped the company expand from a small business into a market leader employing thousands. “When done well, private equity investors can generate extraordinary results both for the economy and job creation,” he said.

In the view of Karen Griffith Gryga, chairman of FashInvest and an adviser of Dreamit Ventures, voters seem to expect “drama and positioning from the politicians, which has become more important than the facts. We need to go back to when there was a healthy debate about the facts, not more about manipulation of the facts.”

Of key importance to the financial world, of course, is what either candidate can do for business.

Gary Wassner, co-ceo of Hilldun Corp., explained: “The Republicans are more businesslike and have a better approach….I’ve been an independent for many years, but I’ve tended to vote for Democrats. This year, I’m looking to vote for someone who has a really good business sense.”

Harrison observed, “Obama had an agenda of what he wanted to do. He’s had a significant period of time to make some changes, but I don’t see him doing any of that.…Romney is better for business because he understands it.”

Everyone agreed that the federal government can do more for small businesses. Pauline Brown, an angel investor, noted that this sector was “particularly hard hit in the recent recession, yet entirely neglected in the various bailouts. Small businesses account for the majority of the new jobs created.…They need easier access to capital and more help exporting their goods.”

Yet small businesses may have to wait longer for any agreement on government support. The financiers pointed to an unwillingness to compromise as one big stumbling block to furthering an agenda that fosters continued economic growth.

In past Republican and Democratic administrations, compromise was key to moving matters along. The Reagan administration had Democrat Thomas “Tip” O’Neill, Speaker of the U.S. House of Representatives, to help foster collaboration. His counterpart in the Clinton administration was Republican Newton “Newt” Gingrich. House Speaker John Boehner (R., Ohio) holds that role, yet neither he nor the current administration seem to be cooperating on any issue.

With no one willing to give a little to get a little, inactivity has resulted in uncertainty over many issues, including how to cut the deficit and what should be the scope and role of government.

According to Howard, “There are unaddressed and fundamental structural problems, yet each candidate keeps kicking the can down the road….You can’t magically cut taxes and yet continue to afford everything….The government isn’t living within its budget. If this were a family, we would say it is an irresponsible family.”

Charron, who’s a member of the State Department’s Advisory Committee on International Economic Policy, noted, “People on the far left suggest government should provide for the citizenry. People on the far right believe government should get out of the way and let the local state and city governments do what they want to do. It’s been difficult to get any intelligent or thoughtful discussion that could lead to a decision on the role and scope of government.”

Maybe the bigger issue is that there really isn’t any viable solution at hand.

“Neither of these candidates has articulated a way to do any of these things and one of the reasons is there is no answer. There’s no quick fix,” said Peter J. Solomon, chairman of Peter J. Solomon Co.

The investment banker, who served in the administration of New York Mayor Edward Koch and was counselor to the Treasury in the Carter Administration, explained that the “dilemma is that the President and Congress have very little flexibility today. Because of how much we have spent, and the precarious nature of our budget and deficit, there are very few cards to play.”

For Vinney, uncertainty is always a problem for businesses. “All these things make it difficult for one to make an investment [to grow a business] and take certain risks, even if it’s who to hire and how many to hire,” he said.

That doesn’t mean steady economic growth can’t be sustained, particularly since the economy is holding its own and a framework for balancing the budget exists.

According to Byron Wien, vice chairman of Blackstone Advisory Partners, “The economy is doing better than it looks. Retail sales in the last report were quite favorable — they expanded almost 1 percent. The second half will be stronger than the first half.”

As for a framework for balancing the budget, Rockwell Schnabel, chairman of The Sage Group and director of Trident Capital, said, “Early in the 1990s, we went to work balancing the budget. Balancing the budget was the precursor to a decade of gross domestic product growth, job creation and positive markets. Today, the major short-term concern is the fiscal cliff that starts in 2013 — there is a blueprint from the Simpson-Bowles Commission which addresses these issues.” Schnabel served as U.S. Ambassador to the European Union under President George W. Bush and as U.S. Ambassador to Finland under President Reagan. He also was Deputy Secretary and Acting Secretary of the U.S. Department of Commerce under President George H.W. Bush.

The fiscal cliff is the term that describes the budgetary conundrum facing the U.S. government at the end of this year. The two options are either: allow current policy to go into effect in 2013, which would result in tax increases and spending cuts that could tip the U.S. back into a recession, or cancel some of the expected tax increases and spending cuts, actions that could push the U.S. closer to a financial crisis such as the one facing Europe. The Simpson-Bowles Commission, led by Alan Simpson and Erskine Bowles, was Obama’s effort to reach bipartisan agreement on a reduction in the budget deficit.

Wien said the fiscal cliff problem represents “3.8 percent of GDP, and with GDP between 2 to 2.5 percent, that will put us back into a recession. Neither Romney nor Obama is discussing this.”

All the more reason for a balanced budget to bring clarity to the picture, Schnabel said, noting that will give consumers the confidence they need to start spending again — typically a positive for the retail sector.

“Once the election is over, retailers could see a decent holiday season as voters breathe a sigh of relief as one uncertainty — who wins the presidential election — becomes known. That resolution will help some people feel good and hopeful about the future,” Vinney said.

Solomon is hoping that the pop in confidence following the election won’t be short-lived, and said government can do more to support the economy.

“For retailers, the single most important issue is that they need their consumers to have income.…If you lower taxes and energy costs, consumers will have more disposable income,” he said.

FOREIGN POLICY:
“Over the next four years, this may be more important from a retail standpoint regarding imported goods, currency issues, knockoffs, foreign policy and our relationship in general with the Asian countries. Both Obama and Romney should provide a clear picture of their views on an Asian policy. While we’re fiddling with our short-term problems, China is looking for an edge, and we ought to have some view on how that should be handled.” — Les C. Vinney

“Government’s role in areas such as defense and foreign policy is key, as well as in the area of promoting trade. For example, the government could initiate a free-trade agreement with the EU, such as exists in NAFTA amongst Mexico, Canada and the U.S. Our trade and investment with Europe is enormous, and a free-trade agreement with the EU would help both the U.S. and Europe and would affect some $28 trillion of combined GDP. This would be a boost to both our economies and help create jobs as well as growth in the economy.” — Hon. Rockwell Schnabel

FINANCIAL REFORM:
“The U.S. government has poured gobs of money into the banks without restrictions, without conditions and without a vision for the system. [The] Glass-Steagall Act must be reinstated, and banks should return to their traditional role as lenders rather than speculators.” — Pauline Brown

TAXES:
“Government should lower taxes for both businesses and individuals. I’m a big believer in the flat tax. A simpler tax structure will remove the burdens from both individuals and companies.” — Karen Griffith Gryga

HEALTH CARE:
“We employ 40 people as a small business. Each year, we renew the exact same policy. We just had a 13 percent increase. That’s not sustainable. What do we do to contain that cost? Obamacare doesn’t address health-care costs. It addresses the unemployed, which is a good idea, but in practicality it may not be reasonable if it means higher costs.” — Gary Wassner