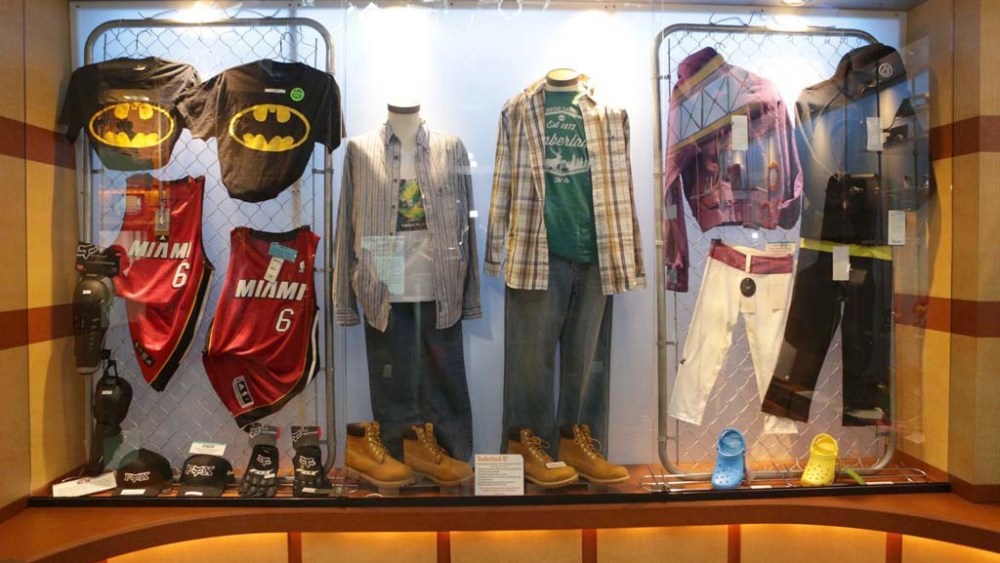 WASHINGTON — Counterfeit crimes are in the spotlight at a new gallery in the nation’s capital.

With the aim of raising awareness on the criminal activity and often deadly consequences associated with counterfeit products, the International AntiCounterfeiting Coalition and National Intellectual Property Rights Coordination Center, with backing from several companies, unveiled a five-year gallery in the Crime Museum here on June 24.

“Counterfeit Crimes: Are You Part of the Black Market?” examines the impact of counterfeit products, challenging consumers looking for a bargain to rethink their purchases in the context of the organized crime they are often unwittingly funding with their purchases.

The gallery, supported by several industries and companies, including Oakley, Pfizer, Microsoft and Underwriter’s Laboratories, features displays of a variety of counterfeit items, ranging from fake Coach purses, handbags and sunglasses; Ugg boots; Lululemon yoga pants, and Timberland footwear and apparel to Beats headphones, Gibson guitars and counterfeit pharmaceuticals, and often pairs the bogus items with the authentic versions to underscore the difficulty in distinguishing between them.

Interactive exhibits give people the opportunity to learn and test their knowledge on everything from the choking hazards of household items that receive no proper testing when they are counterfeited to downloading an app called “Save the Game” that lets the user become a special agent and investigate video-game counterfeiting.

“The new gallery asks visitors tough questions while educating them on the topic, calling them to rethink the purchases they make,” said Bob Barchiesi, president of IACC. “It is so critical that consumers understand these implications and do their part. We can’t stop the supply without stopping the demand.”

Barchiesi said counterfeits cost U.S. companies across all industries an estimated $250 billion annually, while the estimate worldwide is $650 billion.

Apparel and accessories are among the top counterfeit products seized by federal officials in the U.S. In fiscal year 2013, officials made 9,894 seizures of counterfeit apparel and accessories, valued at $116.1 million. That represented 20 percent more of the bogus merchandise year-over-year and 35 percent of the total amount confiscated, according to the report by U.S. Customs and Border Protection and U.S. Immigration and Customs Enforcement’s Homeland Security Investigations. There were 28,212 seizures covering all consumer products, valued at $1.7 billion, in the year.

Counterfeiters have long focused on high-priced luxury labels, and U.S. and foreign officials have been partnering in recent years to crack down on the illicit trade at physical locations and through e-commerce sites. But federal officials attending the unveiling of the gallery stressed that they cannot fight the crime alone.

“This highly important counterfeit crime exhibit is a part of a public awareness campaign,” said James Cole, U.S. deputy attorney general. “We realize the federal government cannot fight counterfeit crime alone. We cannot regulate, we cannot prosecute and we cannot inspect our way out of this issue. We need to enlist consumers and industry as our partner. The good news is the consumer awareness about counterfeit products is growing.”

Cole noted that federal authorities have been somewhat successful in taking down counterfeit Web sites and seizing assets. The collaborative effort has resulted in the seizure of $300 million in counterfeit merchandise and currency, as well as the “disruption” of more than 2,000 piracy and counterfeit organizations, he said.

Lev Kubiak, director of the IPR Center, said it has grown to include 21 federal agencies and international partners, a sign of how widespread counterfeiting has become.

“I think the growth over the last 10 years is indicative of the growth of the problem we’ve seen, and unfortunately the combined efforts at the IPR Center hasn’t been enough to overcome the problem or the growth and threat that counterfeiting poses,” Kubiak said. “The fundamental change [by counterfeiters] is they are no longer just interested in selling you a cheap product that looks like the real thing. Today, they are interested in completely fooling the consumer and the industry and government, and selling them a product that looks exactly like the real thing costs an amount of money similar to the real thing, but does not perform the same and indeed jeopardizes the life and safety of Americans and the national security of the United States.”