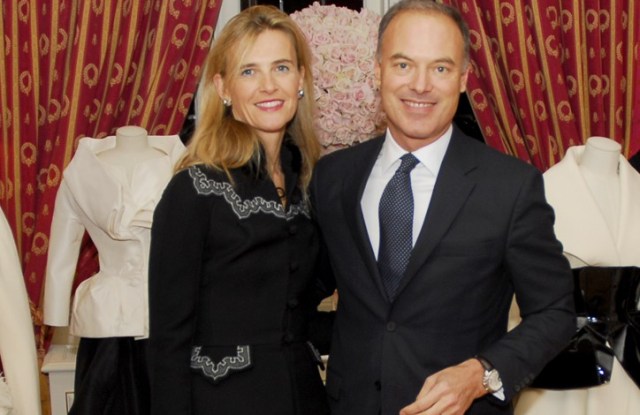 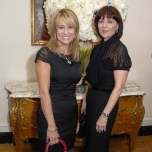 WASHINGTON — LVMH Moët Hennessy Louis Vuitton and Christian Dior executives got the VIP treatment here this week with Francophiles in Congress and the White House throwing open some of the best doors in town to welcome them.

Mixing business with pleasure, Pamela Baxter, president of Christian Dior Inc., led the group Tuesday morning on a retail tour of the area. Beginning with a jaunt to Tysons Corner in Virginia, the group toured the handbag department at Saks Fifth Avenue and the shoe department at Neiman Marcus before heading back across the Potomac to meet the staff of the Dior boutique, which opened in 2006 in Chevy Chase, Md.

They all then zipped off to the French Embassy for a party that evening billed as a tribute to the French Caucus. The caucus, a loose confederation of 111 senators and congressmen (which works out to roughly one out of every five members of Congress), began in 2003 to stanch the anti-French sentiment then prevalent in Congress. To toast the caucus, LVMH served up its newest line of Veuve Clicquot Champagne while Dior displayed its 2010 cruisewear line on the embassy’s regal grand staircase.

The spirit inspired Minnesota Congressman Jim Oberstar, a member of the Democratic-Farmer-Labor Party and cochairman of the French Caucus, to mystify many of the guests with a lengthy recital of Charles Baudelaire’s poem about the albatross. “I never know what Jim is saying,” drawled his cochair, Arkansas Rep. John Boozman, who offered his own crowd-pleasing reasons for loving France, “It’s a great deal. They have the most fabulous house in town, the food is great, they serve great drink and the room is filled with the prettiest women.”

“Washington is a great center for fashion — tonight,” whispered LVMH North America chairman Renaud Dutreil, a former French minister for small business and enterprise, unable to repress a sly reference to the city’s seemingly unshakable reputation for politically correct frumpiness. Dutreil, who comes to Washington once a month to lobby Congress on issues including intellectual property protection, was off to Baltimore on Wednesday morning. But he planned to return to Washington in time for an important lunch.

Sutphen welcomed Baxter, Dutreil, Gillenwater and Karen Watkins, Dior’s executive vice president for retail, into a small dining room in the West Wing. While the group did not get to meet the President or Sutphen’s boss, Chief of Staff Rahm Emanuel, they felt the buzz.

As they toured the Green, Red and Blue Rooms after lunch, one floor down President Obama was in the Cabinet Room meeting 20 congressional leaders to defend his economic record. From there, the President was off to the Diplomatic Room to brief reporters before heading to the Executive Office Building to announce more funding for 85 community health clinics. He then returned to the White House to pack for his flight Wednesday night to Oslo with First Lady Michelle Obama to accept the Nobel Peace Prize.

“It was a very busy day,” said Baxter, interviewed by telephone on the train back to New York, armed with a box of White House M&M’s and her own slice of history. “If you are lucky enough to get invited to the White House, I highly recommend going during the holidays. The decorations are breathtaking.”