Tariff Déjà Vu: Another Year of Trump Turning Levies Into a Global Weapon

From Asia to Latin America to Europe, it doesn't appear that anyone is safe as the U.S. increasingly relies on levies to assert its power on the global stage.

The year is ending with a familiar sense of déjà vu in trade land.

Washington and Beijing have a trade truce — with the U.S. shelving plans to impose tariffs on all remaining Chinese goods that have yet to be targeted in mid-December as the two superpowers try to hash out a permanent deal in the new year.

But while President Trump hailed the tentative agreement in a tweet as “an amazing deal for all,” retailers have been here before — and not just because a lot of government policy was also set on Twitter in 2018. In fact, this December détente is eerily similar to the situation last year, which did not turn out to be plain sailing for anyone involved and led the stock market on a roller-coaster ride over the past 12 months.

Just think to last December when the trade war was also on a hiatus after China and the U.S. made a deal that the latter would put on hold its plans to increase levies on another $200 billion worth of Chinese imports to 25 percent from 10 percent on Jan. 1 as part of a 90-day negotiation. Sound familiar?

However, after pushing back that deadline more than once, they still couldn’t come to an agreement and in early May, Trump unexpectedly tweeted that he would press the tariff button on those goods — many of which were consumer-facing and included handbags.

“The Trade Deal with China continues, but too slowly, as they attempt to renegotiate. No!” he tweeted.

Trump, who has in the past referred to himself as a “Tariff Man,” didn’t stop there. Via a second tweet, he also renewed his threat to slap 25 percent levies on a further $325 billion worth of goods coming from China, including apparel and footwear.

The reason for the about-turn, according to U.S. trade ambassador Robert Lighthizer, was that cracks started to appear in talks, with China reneging on previous commitments for unknown reasons.

Like other times, China retaliated with tariffs on American goods, although it had less firepower as it receives fewer U.S. imports. 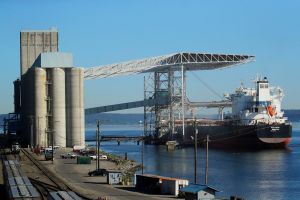 Then they tried to play nice once again during a G20 leaders meeting in Osaka, Japan in late June. This was the first time that President Trump and China’s President Xi Jinping met face-to-face since trade talks fell apart in May.

But like other times, the U.S. soon got fed up with China allegedly dragging its feet on its promises, announcing that the U.S. government would in fact go ahead with those levies, but at the lower rate of 10 percent. That also dragged apparel and footwear into the dispute for the first time which, unlike handbags, had until then remained relatively sheltered. The Chinese reaction was to allow the yuan to break through 7 against the dollar for the first time in over a decade, as well as reportedly canceling purchases of U.S. agricultural goods, spooking investors.

And if the drama wasn’t confusing enough for both retailers and consumers, the plan for the U.S.’ tariffs on all remaining goods then changed several times, with the first tranche being put in place at the beginning of September at a higher than originally planned 15 percent, while the rest was scheduled for mid-December.

But then the two sides started to cooperate again in October and two days before the mid-December tariffs were meant to happen, Washington and Beijing agreed to the aforementioned truce — also known as the phase one deal. This resulted in the U.S. shelving plans for the mid-December tariffs and cutting the rate of the ones introduced on Sept. 1 in half to 7.5 percent, while China made a plethora of promises including increasing agricultural purchases.

Left in place, however, were the 25 percent tariffs imposed on $250 billion in Chinese imports and other trade restrictions put up on both sides as trade hostilities rose.

Nevertheless, this appears to be the closest the two sides have been to a firm deal and while Trump recently said he could wait until after the election, things are now moving at a swift pace and a pact is expected to be signed by both sides in January.

Retailers, for one, will no doubt be hoping that this is the real deal so they can get back to running their businesses without being mired in crippling uncertainty.

But it’s not just the U.S.-China trade war that retailers have had to deal with this year as the Trump administration increasingly relies on tariffs as a way to assert itself on the world stage.

In May, the U.S. also picked a fight with Mexico, unexpectedly threatening to impose tariffs on all imports into the U.S. unless it curbed immigration — and of course the threat came in the form of a tweet.

“On June 10th, the United States will impose a 5% Tariff on all goods coming into our Country from Mexico, until such time as illegal migrants coming through Mexico, and into our Country, STOP. The Tariff will gradually increase until the Illegal Immigration problem is remedied, at which time the Tariffs will be removed,” Trump tweeted.

For retailers, who were already reviewing their supply chains amid the escalating trade war with China, the aggressive move was yet another blow.

Luckily for them, the Mexican government, not wanting this to harm the country’s already fragile economy, sprang into action and the two sides reached a deal following days of negotiations.

Nor was that the only trade dealings Mexico had with the U.S. as it has spent most of the year in limbo over a new trade agreement between the U.S., Mexico and Canada — known as the USMCA and a replacement for NAFTA. Ever since the three nations struck a deal, the Trump administration has been negotiating with lawmakers.

Now, it looks like this could finally soon become a reality as after a difficult negotiation period, it just got approved by the House of Representatives (which voted the same day to impeach Trump, only the third president in U.S. history to be impeached) after more than a year and now goes to the Senate for approval. The latter is expected to make a decision next year.

Then there’s Europe, which in 2020 could be in the spotlight as much as China when it comes to trade dealings with the U.S.

In October, the U.K.’s fashion industry bore the brunt of the U.S.’ wrath over European authorities providing subsidies for aerospace companies. After getting the green light from the World Trade Organization, the U.S. began imposing 25 percent tariffs on a raft of British-made clothing items, including men’s suits, women’s swimwear, and cashmere sweaters.

It had previously threatened to target apparel and handbags from a number of European countries, but they did not make the final list — although other European luxury goods, including French wine, did.

But while French fashion ducked that round, it might not be so lucky in 2020.

That’s because the U.S. could impose 100 percent tariffs on handbags, cosmetics, wine and cheese from France over its digital services tax, seen as targeting U.S. firms such as Google and Amazon.

The U.S. Trade Representative’s office will be collecting public comments on the proposed duties on French goods until Jan. 6. No date was given for when the 100 percent duties might go into effect.

USTR Robert Lighthizer also said his office was “exploring” whether or not to open similar investigations into Austria, Italy and Turkey, where digital services taxes seek to recoup a portion of the business conducted online for governmental coffers.

Also on the 2020 agenda, Brussels plans to retaliate over the aerospace subsidies spat, but has to wait for the WTO’s approval as it filed its complaint after the U.S. The WTO’s decision on that matter will likely come in the first half of next year.

The question is, will it be another year of déjà vu?

A Tariff Threat for France in Trump’s Endless Trade War