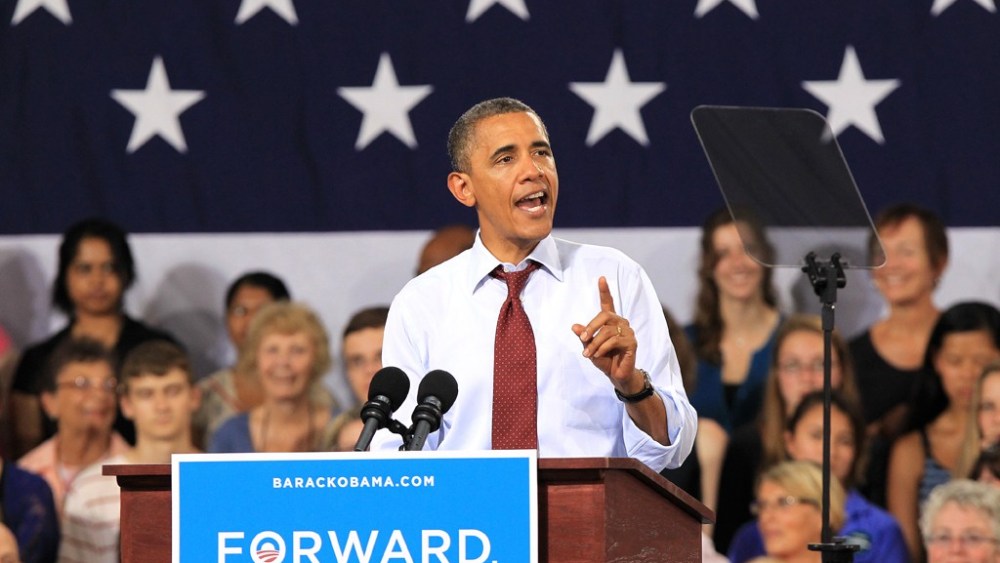 WASHINGTON — To borrow a phrase from Bill Clinton’s 1996 campaign, “It’s the economy, stupid.”

Whether they like it or not, the state of the country’s financial affairs — from national debt and trade to jobs and health care costs — will undoubtedly be the main themes of the Democratic and Republican presidential conventions late this month and in early September as President Obama and former Massachusetts Gov. Mitt Romney are formally anointed at the top of their respective party’s ticket.

In a tight presidential election centered around high unemployment and a global economic malaise impacting U.S. markets, the Democratic and GOP conventions will tread a fine line between their inherent function of revving up the party base and finding unity among divisive factions. Obama and Romney have spent months honing their economic visions on the hustings, and the conventions will provide a forum to solidify their messages and begin the final phase of the race for the White House.

For Romney, the convention in Tampa, Fla., Aug. 27 to 30, is also a chance to introduce his running mate, Rep. Paul Ryan (R., Wis.), chairman of the House Budget Committee, to the American public on the national stage and draw out the differences between their economic plan and Obama’s. The President will use the Democratic convention in Charlotte, N.C., Sept. 4 to 6, to champion the successes in his first term and outline his vision for a second four years with Vice President Joe Biden.

The fashion industry will be watching both conventions closely to see what proposals the two parties adopt in such key areas as trade policy, taxes, regulations and economic stimulus. The industry makes more than 85 percent of all apparel sold in the U.S. and abroad and imported $101.5 billion worth of textiles and apparel for the year ending June 30.

Some of the key issues the industry will be pushing are:

• More pressure on China over its currency policy, but without antagonizing it.

• Further support for Made in the U.S.A. initiatives.

• Maintaining the Bush-era tax cuts so consumer spending does not wane.

• Further lowering of international trade barriers, including progress on the Trans-Pacific Partnership.

Obama’s plan places an emphasis on the middle class and American manufacturing, extending tax cuts implemented by his predecessor, former President George W. Bush, that expire at the end of the year for families making less than $250,000 and individuals making less than $200,000; giving tax breaks to small businesses and companies moving production back to the U.S., and opening more markets abroad for U.S. exports with an emphasis on trade enforcement.

Romney’s plan focuses on repealing regulations and laws enacted under the Obama administration, including the President’s signature health care law and the Dodd-Frank financial regulations; shrinking the size of the government through federal spending cuts; extending tax cuts for everyone, including the wealthy, and passing more free-trade deals, while cracking down on China’s undervalued currency.

Swagel said Romney’s plan “goes back to the Reagan days and says the government is the problem….It regulates too much, creates too much uncertainty on health care and tax policy and gets in the way of business.”

Dave Redlawsk, a political science professor and director of the Eagleton Center for Public Interest Polling at Rutgers University, said, “In picking Ryan, Romney made a pretty clear choice about going all in with the Republican Congress and the Ryan plan for trying to get the deficit under control.…The Republican view has significant cuts in entitlements and social programs, and virtually everything outside of defense spending. The Democratic view sees a relatively expansive role of the federal government, particularly in terms of social welfare programs.”

Tax policy, ranging from personal income taxes to corporate taxes, is high on the priority list for retailers and apparel importers.

“If the Bush tax cuts expire, along with estate tax relief, and we increase taxes on the rich, this will clearly start to drain discretionary spending from the economy and will definitely slow retail sales,” said Rick Helfenbein, president of Luen Thai USA.

Helfenbein said the industry is looking for “a person who will outline a strategic business plan and then execute it in an open, transparent and inclusive manner.”

Sandra L. Kennedy, president of the Retail Industry Leaders Association, said retailers will be looking for many things from the candidates as the parties adopt their platforms, including tax reform and a reduction in the corporate tax, as well as a plan to deal with the deficit.

“We are looking for fiscal responsibility,” Kennedy said. “That impacts businesses and also our customers. There is tremendous uncertainty about the fiscal cliff. In order for us to plan and grow with more jobs, we have to have predictability. I think retailers are looking for a balanced budget.”

Romney has tried to win over the business community with a pledge to repeal and eliminate “Obama-era” regulations and repeal and replace Obama’s signature health care law, which some feel will prove costly for businesses once the regulations are implemented.

“I think an area that is certainly a concern and something we are communicating to both campaigns is labor issues,” said Kennedy.

Retail groups feel the National Labor Relations Board has overstepped its bounds and made determinations that have been onerous and burdensome for companies, notably a recent determination by a regional NLRB director in New York that would allow separate departments within a retail store to organize a union as a “micro-bargaining” unit.

David French, senior vice president of government relations at the National Retail Federation, said retailers are looking at the corporate and individual tax reform proposals of the candidates, trade policy and their philosophy on the government’s role in regulating the private sector.

“We support free trade and tax policies that will ensure our economy can grow, and we seek relief from unnecessary and costly regulations and mandates,” French said. “In the immediate future, NRF is concerned about the approaching ‘fiscal cliff’ — the impending federal mandates on health care, especially the employer mandate provision that is keeping job growth on hold.”

He praised Romney’s pledge to “dismantle the Affordable Care Act” and also lauded Obama’s assistance in reducing wait times for tourist visas from China and Brazil, which, retailers say, helps them boost sales to foreign tourists.

“One thing that NRF would like to see from both candidates is more leadership on advancing and promoting a strong international trade agenda,” French added. “We are in a globalized marketplace, and we must work to remove barriers to international trade so our retailers can create new and exciting markets for consumers.”

Both candidates have said they will conclude the Trans-Pacific Partnership negotiations between the U.S. and potentially 10 other countries, which holds high stakes for importers and U.S. textile producers.

“TPP was an initiative from a prior administration [under Bush],” said Kevin Burke, president and chief executive officer of the American Apparel & Footwear Association. “To [the Obama administration’s] credit, they moved the issue along, but the question is how long is it going to take? I do not look at this administration as being terribly pro free trade.”

Burke said that while AAFA does not endorse presidential candidates, it does support candidates who have supported free trade and opening up markets.

“The only thing that has thrown a monkey wrench into the gears is that [Romney] says he will crack down on China’s currency,” Burke said.

Obama has prodded China through the Treasury Department to revalue its currency, which has risen in value in the past few years, but, like Bush, has declined to name China a “currency manipulator,” which could result in punitive actions against the country’s policies. Romney has criticized Obama’s record on the issue and has pledged to crack down on China’s undervalued currency his first day in office, if elected.

“I think [Romney’s] statements on China are helpful in focusing the attention on millions of jobs lost to China,” said Cass Johnson, president of the National Council of Textile Organizations. “What he has said is that he will list China as a currency manipulator. That is symbolically important, but what will really move the market is if we get a currency bill out of Congress” that would punish China for failing to reform its policy.

Johnson said the domestic industry is also looking for the candidates to address textile issues such as crafting strong rules of origin in new trade deals, as the Obama administration has done in TPP.