Exports have increased over 20 percent. 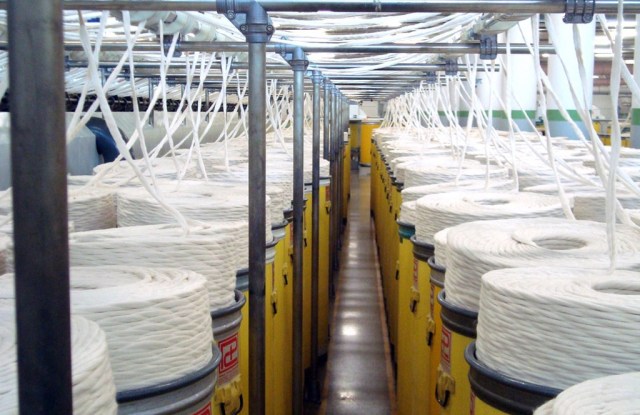 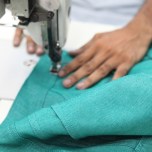 LAHORE, Pakistan — The increase in Pakistan’s textile exports to the European Union in the first year after attaining Generalized System of Preferences Plus status has met expectations.

Khurram Dastgir Khan, the country’s commerce minister recently said, “As a result of GSP Plus, Pakistan’s exports to the EU have increased by $1.08 billion during the period January to October 2014 year-over-year, to $6.38 billion from $5.3 billion, a rise of just over 20 percent.”

Muhammed Akbar, chairman of the All Pakistan Textile Manufacturers Association in Punjab, said most of the growth in exports has been in ready-made garments and home textiles. For knitwear, according to APTMA, exports to the EU grew 22.2 percent to $640 million for the first nine months of 2014 from $495 million in the same period a year earlier.

The exports of Shahkam, one of the country’s top knitwear mills, grew to $77 million in 2014 from $65 million in 2013, and are forecast to reach $90 million in 2015, said chief executive officer Shahid Butt. The mill’s business with EU importers tripled from only 10 percent before GSP-Plus. The price benefit from the duty-free status — a saving of customs tariffs on textile products between 6.4 and 12 percent — is being kicked back to customers and attracting business, Butt said. Shahkam makes fast-fashion knitwear for brands including Zara, Mango, Okaidi, Celio and Footlocker Europe.

Mills have to grow to meet the challenges of increasing costs and tighter margins to maintain profitability, Butt noted.

“This has allowed us to pick and choose on American orders, preferring bigger quantities at better prices,” he added.

At Shahkam, lead times have decreased to 40 from 60 days for European brands and to 60 from 90 days for American customers. European brands have installed a culture whereby product managers are authorized to make timely decisions, he said. Another difference in buying is that European brands want a more fashionable product, whereas American brands are more price conscious.

Faisal Ahmad, ceo for Artistic Denim, a vertical unit in Karachi, said his mill’s exports grew to $85 million last year from $65 million in 2013 due to an increase in European orders.

Brands have their own production formulas. Pre GSP Plus, Pakistan was at a 10 percent price disadvantage for EU brands, but now the country’s mills are competitive with other Asian producers. They come to Pakistan for a quality product with faster deliveries of 60 to 80 days versus 120 days in Bangladesh for jeans, Ahmad said. It takes 30 days for fabric to be sent to Bangladesh and another 90 to be stitched there, he said.

Artistic produces jeans at $12 to $16 a unit for brands such as Zara, H&M, Mango, Esprit and C&A. Products include shape retention jeans such as Hyper Stretch and Lycra Beauty, and finishes like washable coating.

Artistic is targeting the U.S. market with innovative fabrics and finishes, as the demand for high performance garments is increasing, said Ahmad. If the U.S. government decreased its duty by only 6 percent to Pakistani products from 17 percent, volumes can grow, he said, which he feels is a better strategy than giving foreign aid.