He's swapping Washington, D.C., for New York, but will remain on as a consultant to the trade body until early next year.

As it continues to square off against the Trump administration on tariffs, the American Apparel & Footwear Association, which represents over 1,000 brands and advocates on Capitol Hill and around the world, is getting a leadership change.

Rick Helfenbein is stepping down as president and chief executive officer of the trade and lobbying group, making way for Stephen Lamar, its longtime executive vice president, to take over the helm at the beginning of the new year.

It’s understood that Helfenbein’s decision to depart after four years in the role, in addition to a previous two years as chairman of its board, revolves around his desire to return to New York full-time.

He’ll still have to spend some time in Washington, D.C., after his Dec. 31 exit date, though. That’s because he’ll stay on as a consultant into early 2020 to ensure a smooth transition. At the same time, the AAFA board will be looking to expand the team in the coming months as Lamar moves into his new position.

Gary Simmons, chairman of the AAFA, described Helfenbein as “a true friend and advocate for the apparel and footwear industry.”

“Rick has led us through some of the most disruptive periods in recent memory — from the disastrous border adjustment tax to today’s trade war with one of our most important trading partners. Throughout this time, he has advised the industry with charm and wit,” Simmons said.

During his time in the top job, Helfenbein has served as an advocate for the industry in a number of areas, including creating new opportunities to diversify the supply chain through the expansion of the Generalized System of Preferences program to include travel goods and calling out multinational organizations for intellectual property theft. 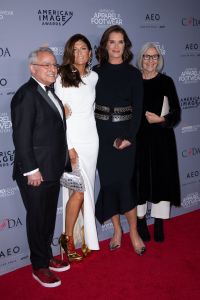 Most recently, he has been heavily involved in representing the industry in its fight against tariffs on Chinese imported apparel and footwear. In particular, he has been extremely critical of the government’s decision to impose 15 percent levies on three-quarters of apparel and footwear imported to the U.S. from China and tariffs over the weekend. The remaining quarter will be hit in mid-December.

“It has been an honor and a privilege to serve as the leader of the American Apparel & Footwear Association,” said Helfenbein. “During my time as a member, I learned the essential work we do in Washington, and around the world. It is with this background that I was able to prioritize initiatives and engage with our 1,000-plus brands. I am thrilled that the board has chosen Stephen — whose passion for the industry and understanding of Washington is immeasurable.”

Lamar will no doubt draw on his 20-plus years of experience at the AAFA as he takes over the reins. Most of his time at the AAFA has been spent in his current position of executive vice president, overseeing lobbying and association activities on areas such as burdensome regulations, corporate social responsibility, and intellectual property rights.

He also has significant experience in lobbying for measures to reduce or eliminate tariffs. Prior to the trade war with China, the industry represented 6 percent of imports, but paid 51 percent of the tariffs collected by the U.S. government. Efforts to reduce this burden have included support for free trade agreements and the Miscellaneous Tariff Bill.

“With more than $400 billion in annual U.S. retail sales and an employment footprint of nearly four million Americans, apparel and footwear companies are a major part of the U.S. economy,” said Lamar. “I look forward to working with our team in Washington, and our members throughout the country, to achieve future wins and ensure that this industry can continue to grow and thrive.”

Simmons added: “Many in the industry and policymaking community have grown to depend on Stephen’s expertise on how policies impact the industry. His foresight of potential risks and opportunities is unmatched. The board is confident that he will bring continued success to the industry in this role.”