Execs Declare Made in USA the Real Deal

Attendees at the AAFA’s sourcing conference recounted what a tumultuous and evolutionary year it has been for the industry. 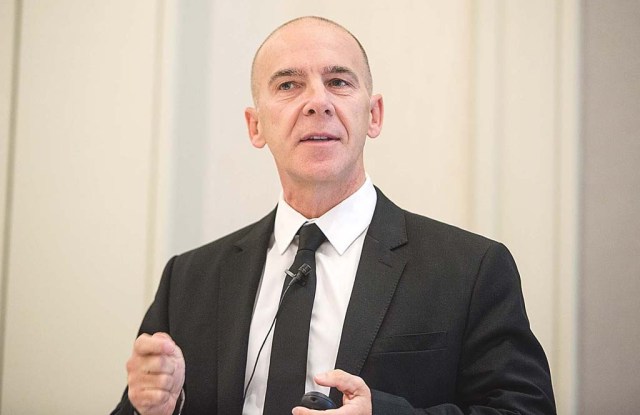 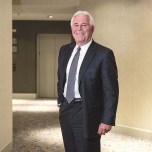 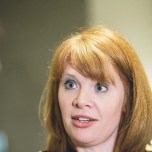 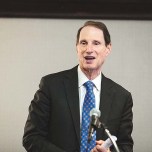 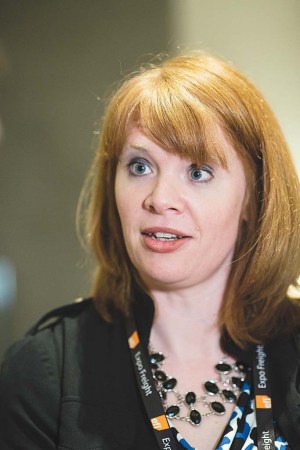 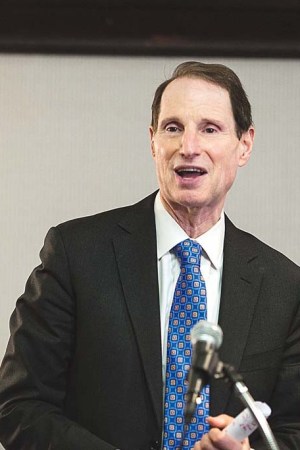 WASHINGTON — “If anyone in this room still questions Made in the USA as a financially viable option, that’s behind you,” Bill McRaith, chief supply chain officer of PVH Corp., said at the annual American Apparel & Footwear Association’s International Sourcing, Customs & Logistics Integration Conference. “It’s done. We are doing it. It has happened. I think there are 400 investments going on right now in South Carolina and its way beyond electronics and automotive. It is absolutely in the apparel sector.”

He said he visited South Carolina in March and saw some of the biggest mills in China — a contingency of about 20 mills from the Shanghai area — looking to set up spinning capability “off of the back of $300 million in investment in spinning that is going on there today through key industries.

“We are very passionate about Made in America,” he said. “In fact, for the first time in 50 years, PVH is now manufacturing shirts back in the U.S., in North Carolina today. We are scaling up quickly because it’s financially viable, not because it’s a good thing to do, not because we can make a statement but because it financially makes sense to go make those products in that location. We can respond to the consumer so fast. It is completely irrelevant how much extra I have to pay for the product. I always make more when I sell. I may have to pay $5 extra [to produce it in the U.S.] but I will make $20 at retail.”

Rick Darling, executive director of government and public affairs at Li & Fung Trading Ltd., said in an interview that he has seen “tremendous interest and some movement” in Made in America but has not found “the need” in particular product categories to shift production back to the U.S.

“I think maybe you are seeing two kinds of things taking place [in the U.S.] — some is real niche manufacturing of higher-end products that can be turned very quickly close to home in New York and L.A. for example,” he said. “You are also seeing some investment in the Carolinas, in the South, of building commodity-oriented basics and I think that is really healthy. I think that will continue.”

China, the top apparel supplier to the U.S. with a 41.5 percent U.S. apparel import share, will continue to lose some of that share this year, Darling said.

“What we are saying is low value-added product will continue to migrate out of China as minimum wage continues to increase,” Darling said. “The Chinese government has mandated a 13 percent annual increase in minimum wage over five years, starting a year ago, so by 2017, the minimum wage will have doubled and that will begin to minimize production in our areas.”

Executives attending the conference recounted what a tumultuous and evolutionary year it’s been for the industry. Mounting pressures in the supply chain, ranging from rising labor costs in China to the fallout of the factory tragedies in Bangladesh, have dramatically changed the global sourcing paradigm, they said.

Sourcing experts examined how far they have come and how far they have to go in Bangladesh, where the Rana Plaza building housing several garment factories collapsed on April 24, 2013, coinciding with the first day of their conference in Baltimore last year. The collapse claimed the lives of 1,132 people and spawned a global backlash and the launch of two retailer-brand safety initiatives.

“Day One of this conference last year was the day the news broke about the Rana Plaza collapse in Bangladesh,” said Bryan Wolfe, vice president of international trade at Ann Inc. “So it was a bit of a dark cloud that hit our industry that day and it became a profound topic…what happened there has now permeated other places in the world.”

Bangladesh, currently the third-largest supplier to the U.S. apparel market behind Vietnam and China, is expected to see significant growth in apparel exports to the world because major companies are committed to improving building and fire safety there, according to Darling.

“Based on all of the information we have right now, Bangladesh exports [to the world] will actually be up this year over 2013,” Darling said. “In our own experience we are up in double digits in production in Bangladesh in 2014 over 2013.”

He said he expects apparel production in Vietnam to be “very strong” this year.

“Things are tightening up a little bit,” said Rick Helfenbein, president of Luen Thai USA and AAFA chairman, in an interview. “This idea that all of the horses are running out of China isn’t really true. There has been a little bit of a drop off, but you have to look at China not just year-to-year but over the last four years. China has been going down slightly and Vietnam has been going up. If you look at the two of them together, they have almost a 50 percent market share.”

Helfenbein said Luen Thai will remain “very involved” in China this year and also seek new opportunities in Cambodia and Vietnam, where the company recently opened its first sewing facility, adding, “We see Vietnam and Cambodia as growth areas.”

The Trans-Pacific Partnership negotiations between the U.S., Vietnam, Singapore, Australia, Peru, Brunei, New Zealand, Malaysia, Mexico, Canada and Japan could also profoundly impact apparel sourcing and was a key topic at the conference.

Kim Glas, deputy assistant secretary for textiles, consumer goods and materials at the Commerce Department, made the case for a yarn-forward rule of origin, which most apparel sourcing executives oppose, and also shed light on the U.S. tariff phaseout proposal in the TPP talks.

She also said the U.S. is seeking to find a balance between the domestic textile industry and apparel importer needs. To that end, the U.S. has proposed “substantial” duty cuts on some of the most sensitive textile and apparel imports on Day One of the agreement entering into force. To provide even more opportunities and flexibility to U.S. importers, the U.S. has proposed a temporary and permanent short supply list that would currently encompass about 190 product categories.

“In terms of the phaseout of duties, 15 years is a long time…for wovens,” as is 10 years for knits, said Tom Travis, managing partner of Sandler, Travis & Rosenberg, who was on a panel with Glas. “It’s not a criticism of what you are negotiating. It’s a reality for these people,” he said, adding that the long phaseout makes the TPP less attractive to importers. “It might be a negotiating issue for you, but it’s a commercial issue for us.”

In an interview, Glas said, “We’ve always had long tariff phaseouts on sensitive products. What we are providing here in TPP is substantial duty cuts on sensitive products on Day One. This is a different type of agreement and we have to be very mindful of our current free trade agreements with Central America, a major export destination for U.S. yarns and fabrics,” noting that apparel and textile imports from Vietnam have increased substantially without duty-free benefits. “Again, we have come up with a different paradigm on short supply that will allow a level of flexibility [for importers] up front in the agreement.”

Sen. Ron Wyden (D., Ore.), chairman of the Senate Finance Committee, which oversees trade and tax legislation, told the AAFA members that he plans to craft his own trade-promotion authority bill, a tool that is seen as vital to the Executive Branch to complete trade deals, including the TPP, because it only allows Congress to vote for or against trade deals. Wyden’s insistence on crafting a new TPA bill indicates that he does not support a bipartisan, bicameral bill introduced in January, which could slow down the trade agenda and prolong the conclusion of the TPP negotiations.

“Some would like to lay blame for lack of support for the TPA proposal recently introduced in Congress at the doorstep of the White House,” said Wyden, adding that the President and U.S. Trade Representative Michael Froman are “having a difficult time selling a product that members are not thrilled about.”