The global apparel sourcing paradigm is changing, with Southeast Asia expected to make the biggest gains in new business in the next three to five years.

By Kristi Ellis and John Zarocostas and Bambina Wise on October 1, 2013
View Slideshow 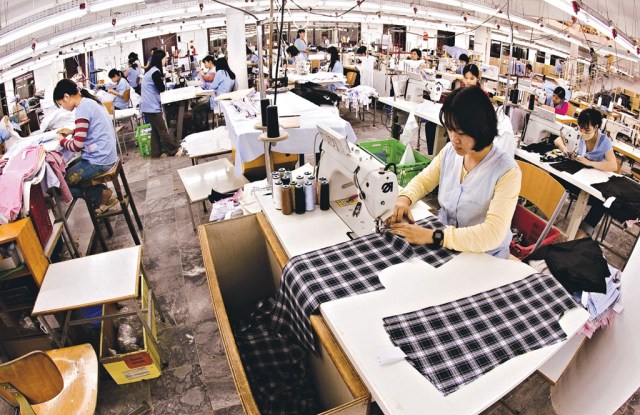 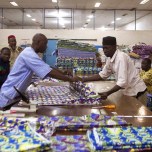 The global apparel sourcing paradigm is changing and while Southeast Asia stands to make the biggest gains in new business in the next three to five years, the Western Hemisphere and Africa are also expected to increase their share of worldwide production.

Retailers and brands continue to shift production out of China, which has seen a decline in its share of the U.S. apparel import market, and are planning to move a larger portion of their apparel production to Vietnam, Cambodia and Bangladesh. Further on the horizon, experts anticipate apparel sourcing opportunities will expand in Myanmar and in many countries in Africa, including Ethiopia, Lesotho, Ghana and Kenya.

Quick response, fast replenishment and proximity to market will fuel business expansion in the Western Hemisphere, which has become a viable sourcing hub in the past few years.

One of the most notable changes in sourcing is China’s drop in U.S. apparel import share, which has declined to 41.6 percent measured by square meter equivalents for the year through July, from 42 percent in 2010, according to U.S. government data. China’s share by dollar volume fell to 37.5 percent from 39.1 percent in 2010.

In the same period, Vietnam’s apparel import share by SME rose to 9.4 percent from 7.7 percent in 2010, Bangladesh’s share increased to 6.6 percent from 6.5 percent and Cambodia’s share rose to 4.4 percent from 3.8 percent.

“I think the number-one and two [countries] where you will see the most growth [in apparel production] are Cambodia and Indonesia, and not necessarily in that order,” said Rick Helfenbein, president of Luen Thai USA. “You have to look at either proximity to raw materials — in the case of Cambodia, it is close enough to fabric mills in China — or you have to look at places that generate their own, and Indonesia generates a lot of its own raw materials and is a reasonable distance from China.”

He added that Vietnam will continue to attract new business, particularly if there are liberal rules of origin that come out of the Trans-Pacific Partnership negotiations between the U.S. and 11 countries. Of the top 10 apparel suppliers to the U.S., Vietnam, Bangladesh and Cambodia recorded the biggest increases for the first seven months of the year, rising 13 percent, 11 percent and 6 percent through July, respectively.

Rick Darling, president of Direct Sourcing Group and vice chairman of LF USA and LF Europe, divisions of Li & Fung Ltd., singled out Myanmar as the next emerging market.

“There is a tremendous amount of interest in the U.S. of trying to open the relationship and develop business there,” Darling said. “That is probably, in terms of emerging countries, maybe the only new country people are focusing on.”

Julia Hughes, president of the U.S. Association of Importers of Textiles and Apparel, said she expects Myanmar to become a “major player” in 10 years and “move into the top 15” list of apparel suppliers to the U.S. Vietnam, Bangladesh and Indonesia will be strong contenders as second-tier suppliers [after China] going forward, she added.

Darling also believes Vietnam and Bangladesh, despite the turmoil surrounding factory tragedies there, will grow as apparel sourcing platforms.

“[Bangladesh] still has significant expansion capabilities,” Darling said. “Infrastructure needs to be put in the existing factory base to make it safe. As that happens, there is already discussion about significant development outside of big cities, in special zones that the government is setting up. Vietnam still has growth potential, though it is fairly mature compared to other emerging markets like Cambodia. But Vietnam is also going through its phases and is now concentrating on higher-value product, which is great. It is a good alternative to China, although there is no real alternative to China.”

But Edwin Keh, a lecturer at the University of Pennsylvania’s Wharton School, predicted there will be a “plateauing” in the growth in Vietnam and Cambodia. Keh expects more production to gradually flow to Africa and the Western Hemisphere. He cited a study of sourcing executives who said they plan to increase their capacity in the next three to five years in China, the U.S., Mexico and Central America.

“I suspect more things will come back to the U.S. and more people will look at Mexico because it is so close,” he said, noting that Wal-Mart Stores Inc.’s recent commitment to buy $50 billion in U.S.-made products over the next 10 years will help drive some of that shift back to the Western Hemisphere.

The Made in America movement is continuing to grow as more companies expand their U.S. sourcing. Underscoring the momentum, Gildan Activewear Inc. said last week it plans to invest $200 million in two yarn-spinning facilities in the southern U.S., after committing last year to a new ring-spun yarn-manufacturing facility in Salisbury, N.C., and the refurbishment and modernization of the company’s open-end facilities in Clarkton, N.C., and Cedartown, Ga.

Africa also looms on the horizon, though sub-Saharan African apparel imports represent only a 0.9 percent share of the U.S. market, even with the African Growth & Opportunity Act, which gives duty-free benefits to several sub-Saharan African countries, has been in place since 2000. Keh said renewal of AGOA, which expires in 2015, will bring stability to Africa.

He said, “There is huge capacity there and people are trying to figure out how to reduce their dependence on China and more recently, Bangladesh. Even though you’ve got some agreements in place [to improve working conditions and fire and building safety], Bangladesh is still fraught with risk and I think people are looking to mitigate some of that.”

Keh said three African countries — Ghana, Kenya and Ethiopia — stand to attract the most apparel business in the next several years.

Nate Herman, vice president of international trade at the American Apparel & Footwear Association, said more apparel sourcing is already moving into Kenya and Lesotho. Apparel imports to the U.S. from Kenya rose 30.2 percent to 53.2 million SME for the year through July, while imports from Lesotho rose 17.3 percent to 44 million SME.

“People are willing to try them again,” said Herman, pointing to the anticipated long-term extension of AGOA and “positive talk” from U.S. Trade Representative Michael Froman, who launched an AGOA review and an initiative dubbed Trade Africa that seeks to increase exports with the five East African Community countries and reduce transport time from factories to ports, as keys to boosting trade.

South Africa, Mauritius, Lesotho and Kenya are often cited as the African nations with the best industrial infrastructure. Ethiopia is also now being cited as having growth potential.

Arancha Gonzalez, executive director of the Geneva-based International Trade Center, said, “It’s clear the potential is there” but also noted there are major challenges. Markets are highly fragmented, so to move up the value chain in fast fashion, she said, “You need to have infrastructure that can support agile business operations, and this is where Asia has an advantage over Africa.”

Tafferre Tesfachew, director for Africa and Least Developed Countries at the United Nations Conference on Trade and Development, said there are good signs for apparel production in Africa and singled out efforts under way in Ethiopia to make the country a major textile and apparel production hub. The Ethiopian government has targeted the textile and apparel sector with policies to attract investors, including tax breaks and technical training, and has identified up to 2.5 million hectares of land that is suitable for growing cotton, he said.

Turkish, Indian and Chinese apparel firms are moving to Ethiopia, he said, and H&M “is exploring Ethiopia with a view to sourcing [for] its European market.”

Dave McClenaghan, who owns Tradelink Industries, one of two South African factories that is vertically integrated, said that while AGOA would facilitate trade to the U.S., he has made a conscious decision to supply the southern African market for now, primarily South Africa, Mozambique, Angola and Zimbabwe, although increased interest from international customers in the U.S. and Europe has compelled him to consider establishing another vertically integrated factory in Lesotho.

“We are seeing lots of opportunities to expand further,” he said.