As SB 1399, the Garment Worker Protection Act, winds its way through the legislative process, groups weigh in on its potential.

From nonprofit Remake's "Made In" series, documenting American-made fashion in the Los Angeles garment manufacturing sector.

California may be taking yet another step forward as the sustainable fashion capital of the U.S.

While the usual opposition is coming from pro-business groups in the state, supporters are championing the bill as a turning point for sustainable fashion.

Working groups like Remake and one of the bill’s cosponsors, the Garment Worker Center, are calling it “landmark legislation,” with the potential to ground “Made in the USA” goods and the entirety of the Los Angeles garment manufacturing in an ethical and sustainable future.

“Governor Newsom has a unique opportunity to recast California’s fashion industry as the sustainable capital of the U.S. by signing SB 1399 into law,” said Ayesha Barenblat, founder of nonprofit Remake, in anticipation of the bill proceeding to the next steps. “Sustainable fashion is the future, and who better than California to be the U.S. leader?”

Since starting the #PayUp campaign in the first week of April, Remake has helped recoup $22 billion in canceled or delayed production orders, claiming 19 brands — including Gap, VF Corp., H&M and others — were spurred to action thanks to its pressure tactics. Remake counts on its grassroots connections with suppliers to report on such gains, only removing brands from the campaign’s naughty list when it can verify money “changes hands.”

“I would say that I think that the bill is bordering on revolutionary, not just for garment workers but also other low-wage workers in farming and agriculture,” said Ngozi Okaro, executive director of Custom Collaborative, a New York City-based workforce development nonprofit and social enterprise that has opened up a wealth of entrepreneurial and design opportunities in the fashion industry for women from low-income and immigrant communities. “What’s important is it drills down to holding everyone along the value chain responsible.”

Though the bill has met some opposition, chiefly from the California Chamber of Commerce, Marissa Nuncio, director of the GWC, said: “There’s no really compelling argument for why,” emphasizing that workers are “just asking to be paid minimum wage.”

Aiming to close a liability loophole that creates “layers of subcontracting” and negligible piece-rate pay, as the bill noted, Nuncio added, “If brands are now on the hook, our intent and our insight is, they will be much more closely watching their supply chain.”

The Most Sustainable State?

California has become a leader of sorts in environmental areas like air pollution, with the City of Los Angeles forming the first air pollution control program — the Bureau of Smoke Control — as early as 1945. Later, it became the first state in the country to enact automotive emission control technology requirements.

According to the Environmental Defense Fund, which called the state an “early proving ground” for its climate work curbing greenhouse gas emissions, the first decade following the enactment of the Global Warming Solutions Act of 2006 (AB 32), “California’s economy is growing while carbon pollution is declining.”

“California has the ability to be the U.S. sustainable fashion capital as we have not just the [research and development] capabilities, but the ability to build a closely-knit and sustainable supply chain with our farms, textile mills and cut-and-sew factories within the state,” Remake’s Barenblat added, noting that despite this hub for garment manufacturing, “The state has failed fashion’s most essential workers with rock-bottom wages and hazardous working conditions.”

Without the bill, there’s a risk that the “devaluation of Made in America” as Kristen Fanarakis, founder of L.A.-made direct-to-consumer luxury women’s clothing line Senza Tempo Fashion, puts it, will continue.

“To me, it means something,” Fanarakis said of the bill. She describes her facility as an “atelier, not a factory,” giving greater importance to the operation and the workers who support it. Fanarakis has been working with the GWC behind the scenes lobbying lawmakers to see the Garment Worker Protect Act go through.

While GWC is shoulder-to-shoulder with the needs of the garment workers, it’s also working with local and small businesses, or what it calls “high-road allies,” to understand their needs in light of the bill’s proposed amendments. Nuncio summarized a few small businesses’ concerns in saying, “they’re also saying that it’s possible to do the right thing, but it’s certainly a lot harder to compete with sweatshop competitors.”

On that matter, Okaro and Fanarakis turned to the basic math.

Fanarakis questions the lost tax revenue in the local economies because of wage theft as well as how “if these [fast-fashion] companies are paying legal wages as they all claim, how are they still in business?”

In Remake’s latest documentary, “Made in America,” part of its “Made In” series, filmmakers tour multiple L.A.-based clothing factories, inviting conversation from local garment workers, designers and even a factory auditor to probe the situation. 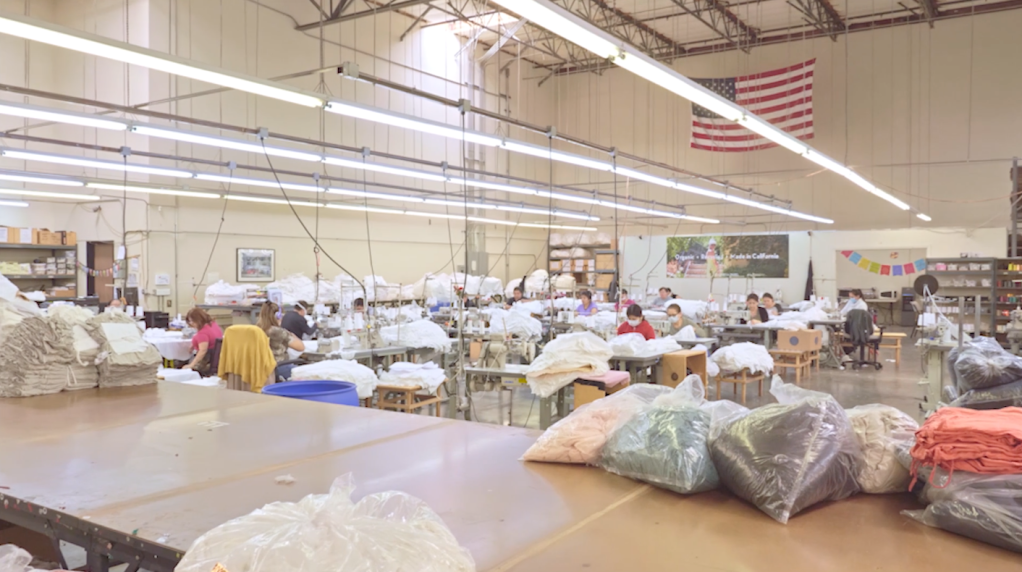 What it boils down to, according to Barenblat, is that these workers — many of whom have started producing personal protective equipment amid the pandemic and even fallen ill themselves in some cases — are vital.

“If anything, it shows that there is a possibility for change and growth and progress,” Okaro said. “We can all retool and rethink how we’re doing things.”

Adding the sentiment from the California Chamber of Commerce, Nuncio expressed hope for the shifts happening now, which have been greater than in the previous two decades she has advocated in the labor space. “All I see is an upswing, with more and more brands and projects coming together to engage in sustainable fashion.”