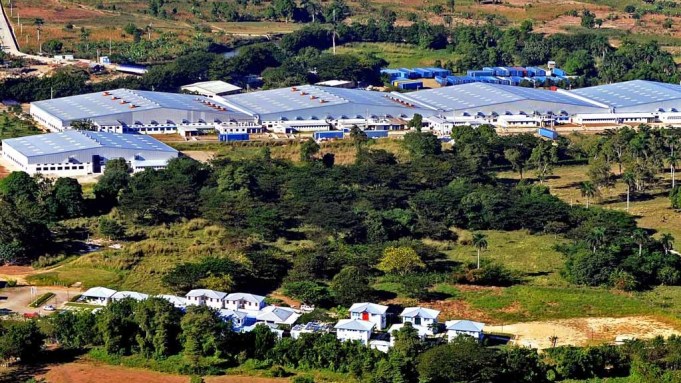 Grupo M has taken full advantage of the trade allowances afforded apparel companies manufacturing in Haiti. And, to its benefit and that of its manufacturing associates, it hasn’t stopped there.

The Dominican Republic-based vertical manufacturer bought land directly across the border in Haiti — literally walking distance from its headquarters — on the island of Hispaniola and began producing there in 2003, two years before the end of the quota system that sent much of the production previously situated in the Caribbean Basin to Asia.

Spared the wrath of the earthquake that devastated Port-au-Prince and much of southern Haiti, the firm had already built up a sizable Haitian manufacturing stream based on the Haitian Hemispheric Opportunity through Partnership Encouragement act. Created in 2006 and expanded further in 2008, the HOPE act was designed to help rebuild the production base of the Western Hemisphere’s poorest country as its poverty lingered and its previous niche as an apparel exporter was decimated by the shift to Asia.

The earthquake produced nothing more than tremors in Grupo M’s factories at the Codevi Industrial Park in Ouanaminthe, Haiti, but it brought on HELP, the Haitian Economic Lift Program, which expanded duty-free status for apparel made in Haiti to 200 million square meter equivalents from their previous level of 70 million to help give Haiti’s reeling economy a boost.

“This is all in the spirit of creating jobs that, even before the earthquake, were very badly needed in Haiti,” said Joseph Blumberg, vice president and partner of Grupo M. “As long as we assemble the garments in Haiti, we’re free to source fabrics and yarns virtually anywhere we’d like, to do finishing, trim and embroidery in our DR facilities or elsewhere, and ship into the U.S. without duty.”

The company is counting on two initiatives — a push into high-technology synthetic fibers, like those used in compression fabrics, and a collaboration with Los Angeles-based Blue River Denim, a laundry focused on the needs of the premium jeans market. While Grupo M expects a modest increase in revenues this year, to about $130 million from $125.8 million in 2011, it’s banking on these new directions to increase volume more than 15 percent next year, to about $150 million, according to Fernando Capellán, president and chief executive officer.

The new association, dubbed the “laundry lab,” “is exactly what is needed to enhance and launch the new vision of our denim business, where…designers and merchants will have the opportunity to develop their new concepts and convert their ideas to product in our unique D.R.-Haiti duty-free environment.”

That should help boost Grupo M’s bottoms output, currently about 110,000 units a week, steering it toward higher-margin products. The current bottoms mix is about 80 percent jeans and the remainder is in casual bottoms. The firm’s T-shirt capacity is more than 400,000 a week with other knit tops and wovens adding about 25,000 a week.

Grupo M employs 6,500 Haitian nationals at the Codevi Industrial Park on the Haitian side of the border, plus another 3,000 on the Dominican Republic side of the border who focus on administration, distribution and related operations activities.

Rony Pierre, Ouanaminthe’s mayor, sees the company’s impact as going well beyond the employees, affecting every aspect of life in the community of 120,000 where, prior to Grupo M’s arrival, only about 200 had jobs.

“I don’t know where we’d be without them,” he said through an interpreter. “Roads are being paved, we’re getting electricity and a sewage treatment project is under way. The government is working hard to improve conditions, to provide potable water for our citizens. Grupo M has helped make these things happen and drawn attention to our plight.”

Grupo M’s customers have also played a role. Blumberg noted that the firm, like many contractors doing work for large brands and retailers, is subject to customer audits of its environment and corporate social responsibility practices “about once a week.”

“Grupo M comes to us on a regular basis with ideas for how we can partner to do more in the local community,” said Michael Kobori, vice president of social and environmental sustainability at Levi’s. “We’ve worked with them on issues that are particularly important in Haiti — HIV education for workers, access to water for the community and on water reduction programs at the factory. They share our conviction that giving back helps create a stronger connection with workers, and therefore a stronger business.”

Blumberg boasted about recent reductions in the company’s carbon footprint, and also about “coexisting with a union in peace” as the firm purports to be the only apparel enterprise in Haiti that is unionized.