An injured policeman is escorted out by colleagues from New Town Plaza mall.

Hong Kong protesters once again filled the streets for the sixth consecutive week of marches against Beijing’s tightening control over the former colony, this time targeting a neighborhood near the border with mainland China and a suburban high-end shopping mall.

As with the previous protests, the events were largely peaceful with violent scuffles occurring at the tail end of the gatherings. What began as a movement in direct retaliation to an extradition bill that would allow people in Hong Kong to be sent to mainland China has grown to encompass a number of anti-Beijing complaints and pent-up frustration against the city leaders, which are not elected via universal suffrage but via a system that highly prioritizes big business and Beijing alliances.

Although smaller in numbers than previous turnouts — organizers put the turnout on Sunday’s rally at 115,000 people compared to the 1 million to 2 million people who came out in previous weekends — the two rallies were positioned to be much more noticeable to mainland Chinese than even the Tsim Sha Tsui protest last weekend.

Saturday’s march targeted Sheung Shui, an area located right at the border crossing to mainland China into Shenzhen, which has long been beset with tensions over the heavy numbers of parallel goods traders that run between the two cities.

Saturday’s protesters numbering in the tens of thousands held up placards that read “Reclaim Sheung Shui!” expressing anger at the many pharmacies, cosmetics and jewelry shops that have sprung up in the area to cater to mainland Chinese visitors altering its character. 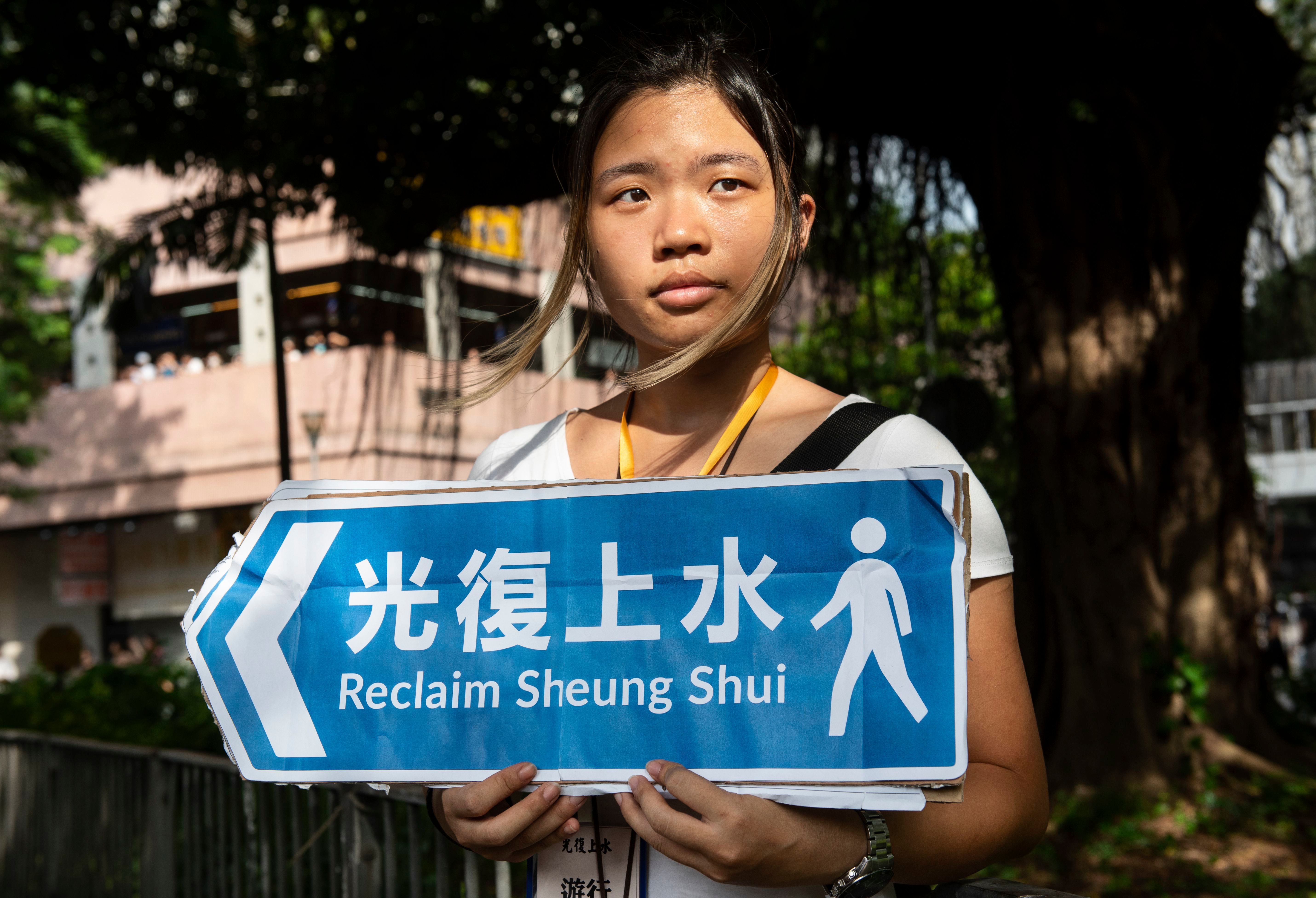 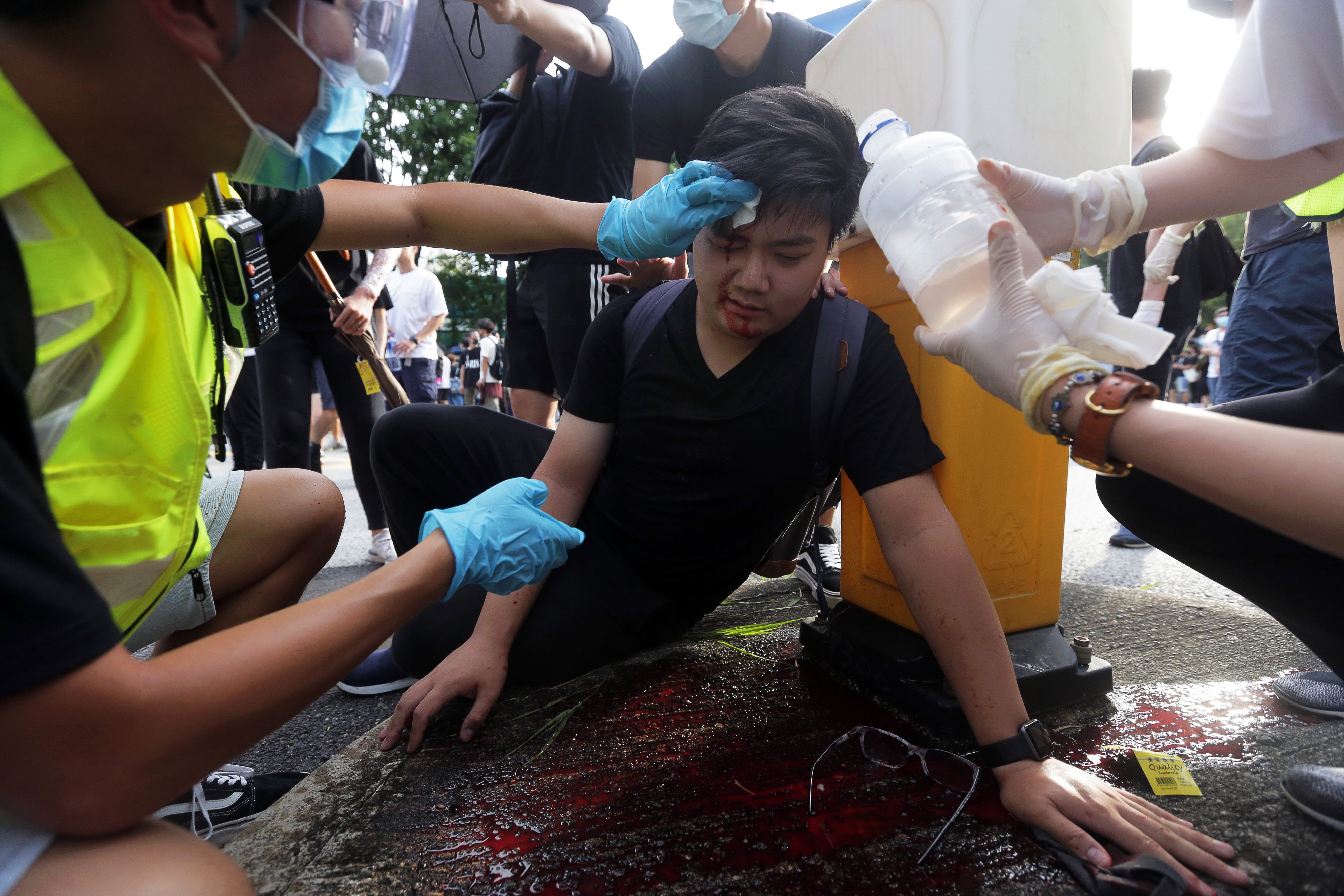 Over the last decade it’s become a big practice for parallel traders to visit Hong Kong, buying up products at a cheaper price to resell in mainland China and whilst dodging customs taxes.

Since at least as far back as 2012 when the first anti-parallel trading protest was held, Hong Kong locals have complained that the practice has pushed up retail prices and sometimes even makes certain goods — like baby formula — impossible to obtain.

The following day, a march was organized in Sha Tin, a northeastern suburb of Hong Kong. While largely residential, it is also a major and popular shopping stop for mainland Chinese being situated much closer to the border.

According to a news report by Quartz, authorities attempted to clear the roads in the evening and eventually ended up chasing protesters into the shopping mall, New Town Plaza.

“There, protesters hurled objects including umbrellas, helmets and bottles at the police, who were at one point vastly outnumbered. After reinforcements arrived, officers in riot gear charged up escalators to the various floors of the mall, using batons and pepper spray as they beat their way toward protesters. People were also seen throwing objects at police officers from upper levels of the mall,” Quartz said.

Management of New Town Plaza, which is owned by Sun Hung Kai Properties, clarified in a Facebook post that it did not call for riot police to enter its premises. The multiuse complex consists of more than 2 million square feet and is the flagship shopping mall of the group according to its web site. It is home to more than 350 international labels including Chanel, Lululemon, Zara, The North Face and Shu Uemura. 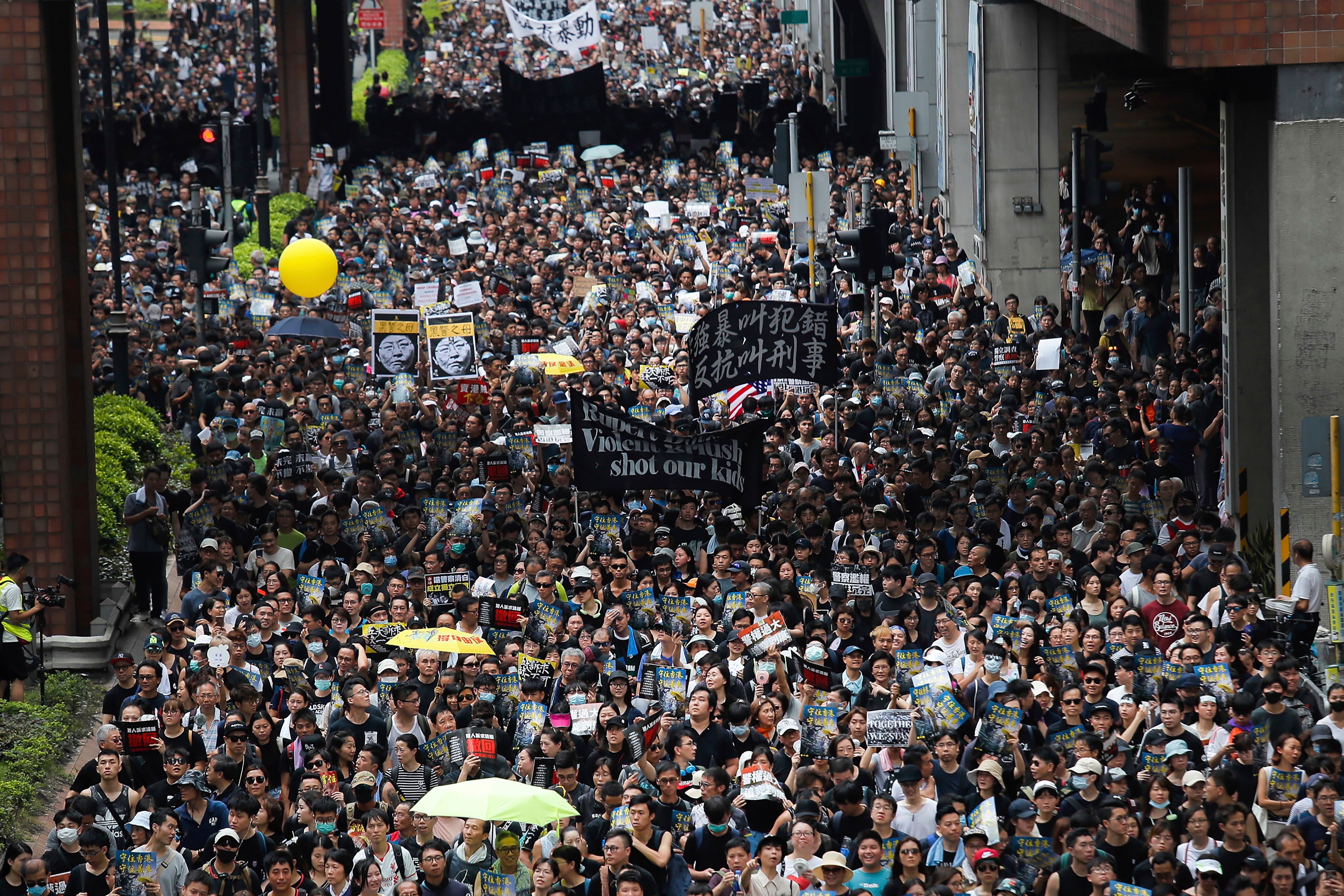 On Sunday, a large crowd of protesters marched through the suburb of Sha Tin.  Kin Cheung/AP/Shutterstock 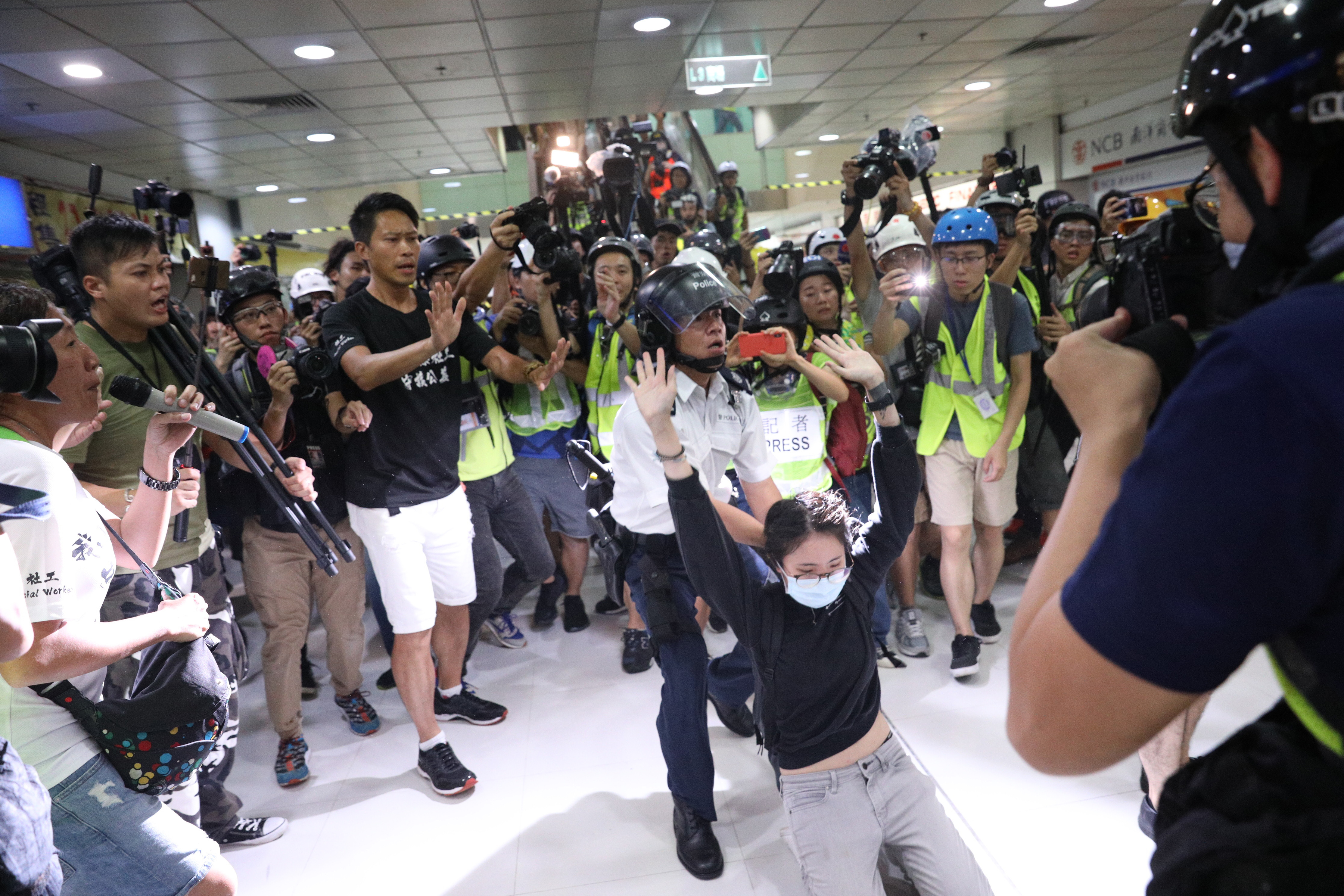 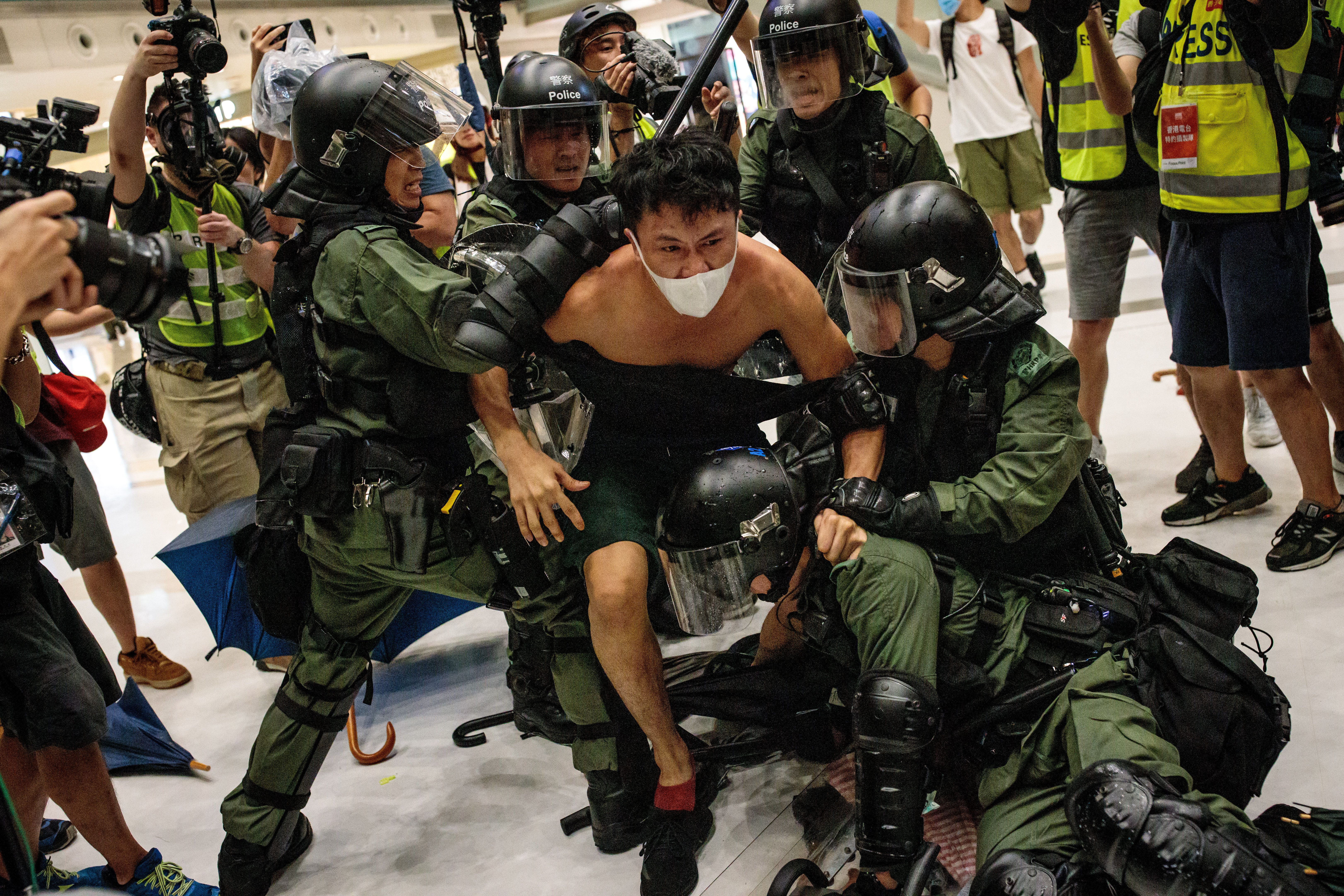 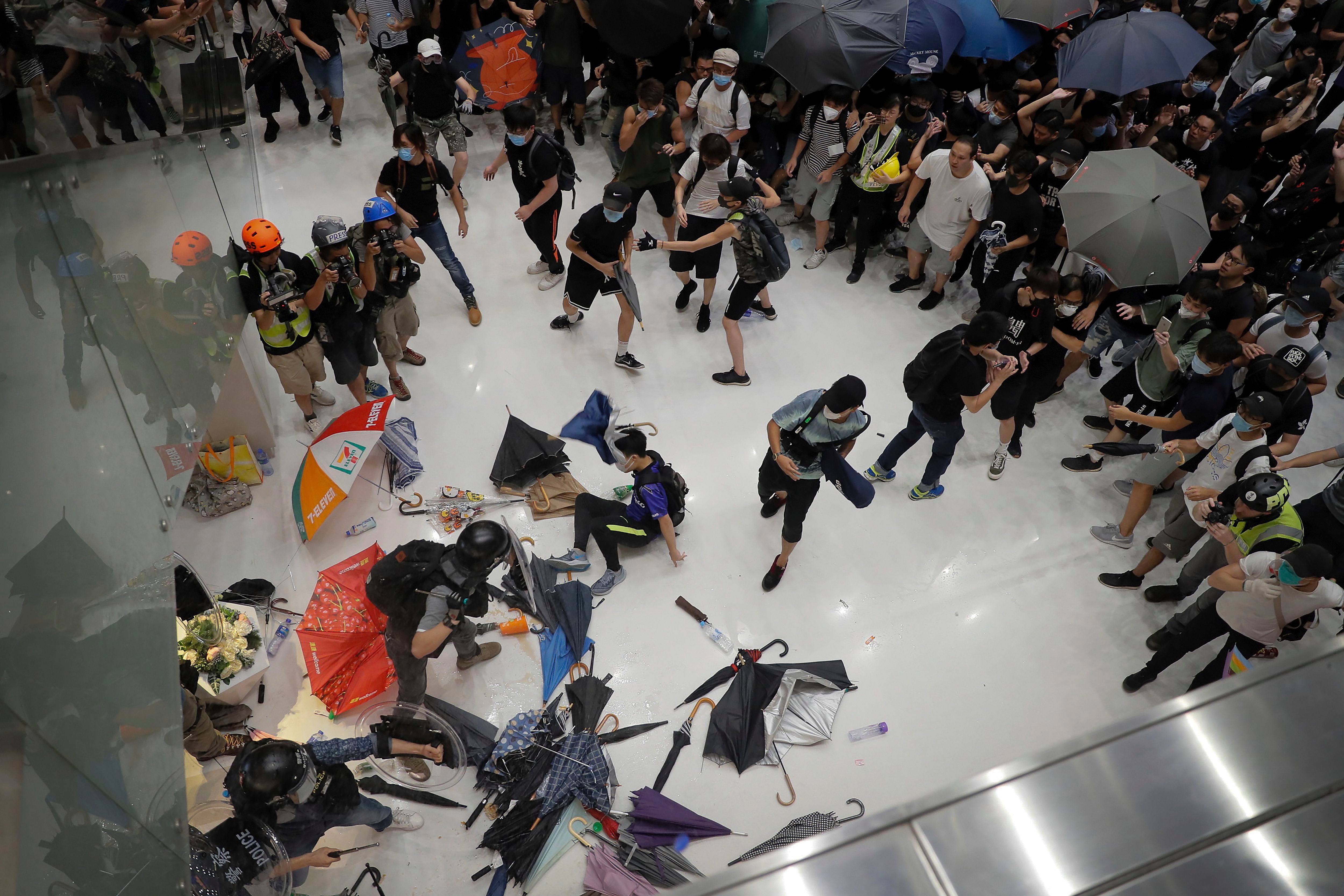 Police struggled to disperse the crowds inside the mall.  Kin Cheung/AP/Shutterstock