At least two more protests are planned, and retailers start to report how the tensions are hurting their top line.

Repeated clashes between protesters and protesters have occurred including the latest incident inside a mall in the New Territories.

At least two more mass political protests are scheduled in Hong Kong over the coming two weekends, portending more trouble for the city’s retail sector that is expected to register a double-digit fall for the months of July and August.

That forecast came from the Hong Kong Retail Management Association, which added that should the situation continue, the group would revise its annual yearly sales estimate for the city to double-digit negative growth, too.

While the protests are now entering its seventh week, just how much it stands to impact Hong Kong’s usually brisk business is now just coming to light. A fuller picture will be available the first week of August, when the government releases citywide retail data for June, the month when the protests first began.

“The industry is concerned this will affect Hong Kong’s image as a safe city, culinary destination and shopping paradise,” the HKRMA said, calling for a peaceful resolution as soon as possible.

British luxury brand Burberry also confirmed that their Hong Kong stores have taken a hit. On Tuesday, Burberry chief financial officer Julie Brown shared the house is expecting a “slight decline in the quarter” for Hong Kong that while “not material at the group-level [is] certainly at the Hong Kong-level.”

The high-end trenchcoat-maker operates 10 stores in the city. Its Queensway Plaza and Pacific Place boutiques stand to be the most impacted, being in direct proximity for the largest protests and given that Pacific Place mall shut its hours of operation for at least one day. Its Sogo and Times Square locations in Causeway Bay also figured right alongside the start of the routes of earlier protests.

Unlike during 2014’s Occupy protests which were centered in Admiralty, these recent waves of mass rallies have chosen routes all across the territory from Hong Kong Island to the very north near the mainland Chinese border, meaning a wider swathe of companies are unable to escape the brunt. At the same time, the movement has evolved from opposition to a specific extradition bill to a catch-all outlet for the public’s anti-mainland Chinese frustration.

Year-over-year retail sales growth in Hong Kong has averaged 5.37 percent from 2005 to 2018, according to government figures, but the city’s sales fell by 0.2 percent in 2014, when it withstood three months of Occupy protests. 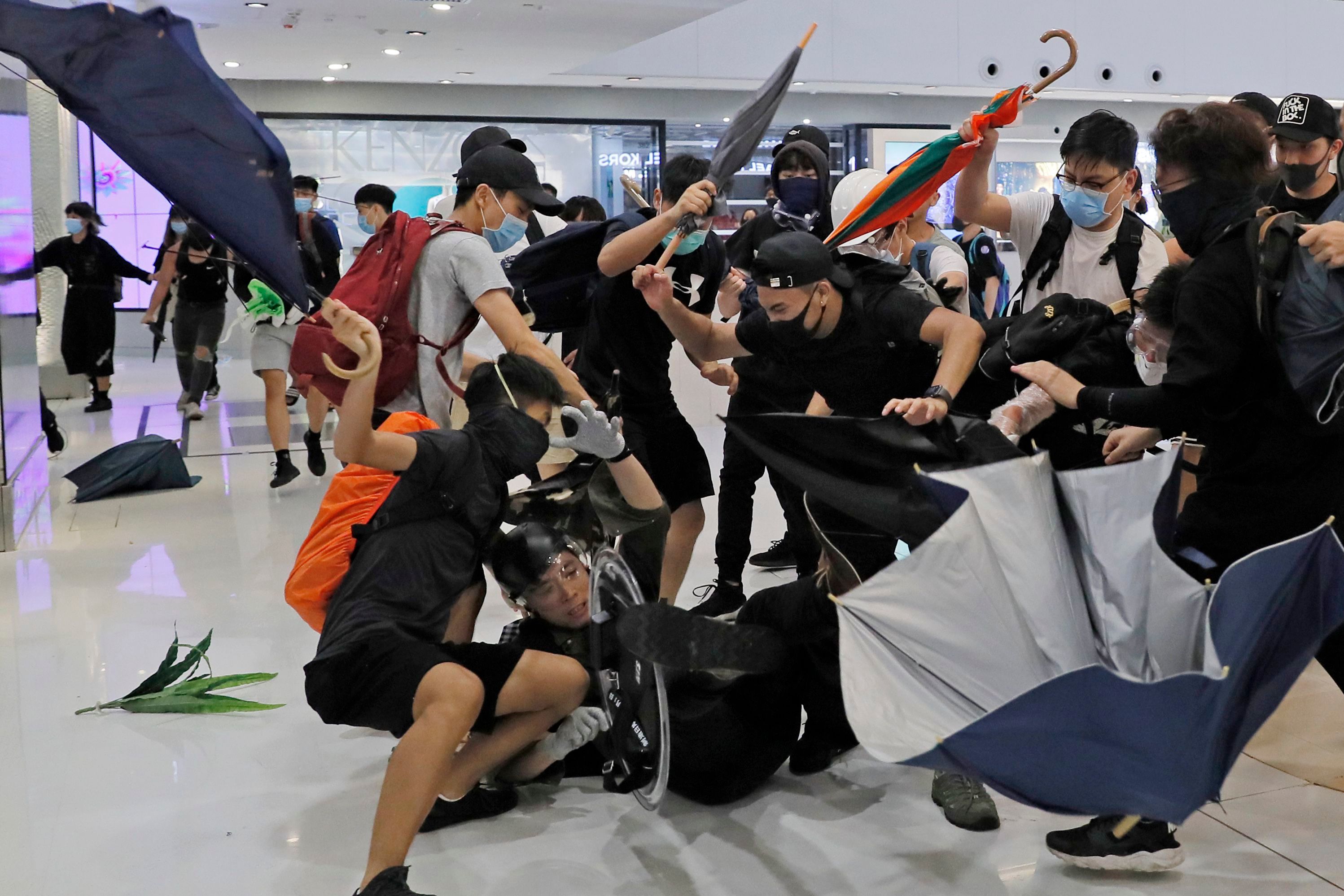