Hong Kong’s Kingpins: The Year Ahead

Executives from Hong Kong’s leading sourcing companies discuss their experience during the year past and their outlooks for 2010. 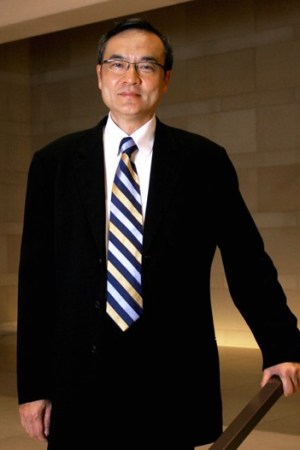 Customs Cuts Off Cotton From Xinjiang Production and Construction

HONG KONG — As the global economy struggles to stabilize, executives from Hong Kong’s leading sourcing companies discuss their experience during the year past and their outlooks for the year to come.

Li & Fung is the world’s largest sourcing company, with an extensive global sourcing network covering more than 40 economies around the world, its largest markets being the U.S., Europe and Japan. During 2008, the group recorded a turnover of $14.1 billion, a 20 percent increase from the previous year.

With the U.S. and European markets at various stages of recovery, it is unlikely the market will grow, so Li & Fung will focus on expanding current market share through acquisitions. The last year has seen the company acquire U.S.-based Wear Me Group, China-based company JMI, Shubiz in the U.K. and Shubiz’s sourcing operation, Clearskies Ltd.

Rising prices this year will be the foremost problem facing sourcing companies. Rockowitz said retailers will have to absorb some of that cost, but Li & Fung will try to mitigate any increase by finding alternative sources. The company is working on several outsourcing deals.

“Consumer confidence is still low,” Rockowitz said. “And the demand has yet to return, so we have to be careful with pricing.”

Li & Fung did see growth in the retail sectors of Australia and China, but the company feels China is as yet too underdeveloped to penetrate and instead views the emerging market as part of a long-term growth plan.

Luen Thai took the financial tsunami as an opportunity to reassess its cost controls. The firm has adopted a “lean and mean” overhead structure to better reflect the economic conditions, Tan said. While there are now positive signs of stability, he expects Luen Thai to operate at a reduced level compared with 2008 and does not expect to see double-digit growth this year.

Luen Thai has begun to more actively pursue the Japanese and Chinese markets and plans to grow with clients as they enter the Asian markets, such as Polo Ralph Lauren, which has recently reacquired its Asia license from Dickson Concepts (International) Ltd.

Tan stressed the importance of China, even though it’s no longer the cheapest market.

“For commodity items, Bangladesh and Vietnam may be more cost efficient, but for time efficiency, China is still the most reliable,” he said. “In the current market, with increasingly late orders, this may be more important in the long run.”

Fountain Set is one of the industry’s largest knitted fabric manufacturers, with a product range that includes dyed yarns, sewing threads and garments. The company is also a fabric supplier to garment manufacturers in over 40 countries and recorded sales of $699 million in the year end 2009.

After a difficult year, Fountain Set is starting to see signs of stability as inventory levels began to bottom off toward the end of the third quarter. But as the mixed holiday retail figures suggest, Yen warns this does not necessarily mean the economy is rebounding.

Fountain Set has also been adjusting to the new calendar in which lead times are becoming increasingly shorter. Yen said the company will continue to focus on improving its core U.S. market and look to China to develop mid- to long-term growth.

The company’s biggest obstacle this year will be dealing with the rising cost of cotton.

“No one wants to be saddled with too much stock or overly expensive inventory,” Yen said. “In this fragile market, we can’t afford to pass down the cost to retailers or consumers.”

Last year, Esquel defied the economic downturn with growth, posting revenue of $795 million. Nonetheless, the company is projecting a return to double-digit growth in 2010 after smaller sales gains last year. On the supply side, Cheh said the company plans to concentrate on improving efficiency and productivity to allay the escalating price of raw materials.

TAL Group is a contract clothing producer selling to customers such as Brooks Brothers, J.C. Penney Co. Inc., Tommy Hilfiger and L.L. Bean. The company was hurt last year by a decline in exports to the U.S., its largest market.

But so far this year, TAL Group is overbooked for the first five months, though Lee is sceptical of the rebound and doesn’t believe the U.S. economy has fully stabilized. He noted the changing consumer habit of buying at heavily discounted prices has become the norm — and while business appears to be picking up in comparison to the first quarter of 2009, TAL Group’s outlook remain cautious.

The general trend following from last year finds customers ordering on a needs-to basis, placing smaller orders but more frequently to avoid overstock. Dealing with the short lead times as a consequence of this has been the biggest obstacle for manufacturing companies.