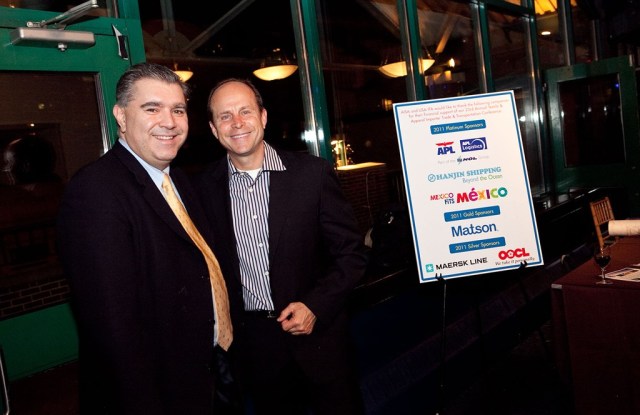 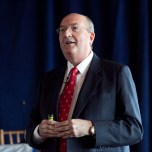 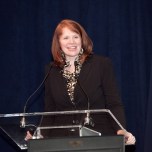 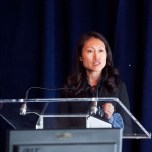 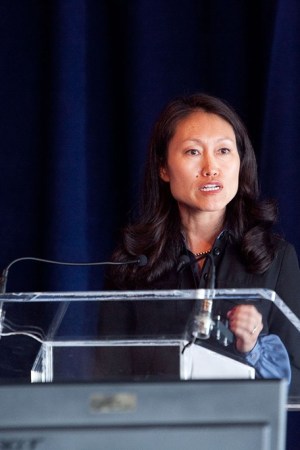 Fears of New Tariffs on Vietnam Loom in Washington

NEW YORK — Up and down the supply chain, a myriad of issues and events has converged on the global canvas and experts agree on at least one thing — its not a pretty picture.

From profitability problems among major shipping lines and continued concerns over manufacturing costs to intensified scrutiny in sustainability and uncertainty in trade policies, importers are facing a complicated world in 2012.

Speakers at the 23rd Annual Textile & Apparel Importer Trade & Transportation Conference at Bridgewaters at the South Street Seaport here laid out the complexities of global manufacturing facing an industry still mired in an economic malaise. There were some upbeat assessments among the more downcast tableau at this month’s event, organized by the U.S. Association of Importers of Textiles & Apparel and the American Import Shippers Association. These included more than a 50 percent drop in cotton prices to just over $1 a pound over the last six months and a less volatile climate for the natural fiber for the foreseeable future, according to Mark Messura, executive vice president of Cotton Incorporated, and the pending implementation of three free trade agreements and reemergence of the Western Hemisphere as a viable alternative to China and its Asian neighbors.

“Faced with enormous pressure from management, those of us in the supply chain game have had to find ways to reduce costs and still pay attention to things like speed to market,” said Jeff Streader, operating partner at Marlin Equity Partners and an adviser to the Source ASEAN Full-Service Alliance. “While doing this, we have relied on China in a big way. China continues to dominate despite our efforts in the sourcing world to diversify the vendor matrix.”

Streader said many vital options to manufacturing in China exist. This includes South Asia, where he called Bangladesh “a fantastic option for low-cost commodity product,” along with India, Pakistan and Sri Lanka. The Western Hemisphere also has regional benefits that are important, he said, including Mexico, Central America, the Caribbean and Peru.

“People are coming back and I’m an advocate for coming back to the region,” said Streader.

Gary Ross, vice president, global fashion and home, supply chain, at Avon Products Inc., said, “It’s easy to stick with the same sourcing formulas we’ve had for years, but the world is changing too fast. Avon’s sourcing strategies continue to evolve. The most obvious opportunities are to expand sourcing with our free trade partners in the Western Hemisphere.”

Daniel Vasquez, senior international trade consultant at the Inter-American Development Bank, explained the new drcafta.com sourcing database that is being rolled out to support manufacturing in the CAFTA countries

“I know we all have enough horror stories in sourcing in Central America to write a book, but a lot has changed,” Vasquez said. “The region represents 12.6 percent of all imports of apparel and is growing at an 8 percent annual rate. Central America is a valid sourcing option for brands looking to find the right conditions: proximity to market, speed to market, a well-managed supply chain.…If you dedicate some of your time and effort to the Western Hemisphere…including partnerships with U.S. producers, you will be pleasantly surprised.”

Southeast Asia is a viable option for apparel and footwear to China, Streader noted, with its proximity to Chinese inputs allowing for full-package production. He said the purpose of SAFSA is to foster cooperation between ASEAN-country textile mills and apparel factories, which must go through a vetting process that includes a quality and social compliance audit. SAFSA’s vision is to negotiate duty free access for the ASEAN economic community for the European Union and the U.S. as a counter balance to China.

Many in the industry point out that while no free trade agreement is perfect, they do serve to help balance sourcing strategies and the production playing field. Kim Glas, deputy assistant secretary for textiles and apparel at the Commerce Department, said 60 percent of the $19.7 billion in U.S. apparel and textile exports worldwide are to North American Free Trade Agreement and Central American Free Trade Agreement partner countries. In contrast, U.S. imports of apparel and textiles were $93.3 billion in 2010.

Glas noted that textiles and apparel are an important part of President Obama’s National Export Initiative, which set a target in 2010 of doubling exports by 2015.

“U.S. exports of yarns and fabrics to CAFTA countries totaled $2.3 billion from January to August 2011, which is a 43 percent increase from the previous year,” Glas said.

Paul DeLaney, international trade counsel for the Senate Finance Committee, said, “In a period of eight weeks, Congress renewed [the General System of Preferences] and the Andean Trade Preference Act, renewed Trade Adjustment Assistance and reformed it. We passed three trade agreements and confirmed five trade officials….We’re clearly not going to see this type of legislative activity in the near term. But there’s a lot going on nonetheless,” noting the ongoing TPP talks, Russia joining the World Trade Organization and a Customs Reauthorization bill.

Erin Ennis, vice president of the U.S.-China Business Council, cited the Senate bill on China currency, which sets punitive tariffs if China doesn’t reform its currency policy by easing government control and subsidies, which the domestic industry says puts U.S. firms at a competitive disadvantage. House Speaker John Boehner (R-Ohio) has said he won’t bring it to a vote, for now.

But Ennis said, “The reality is that if anything comes up in Congress regarding China, there’s a strong likelihood that it will be approved. It is not going away and it may come to a vote in the House. The good news is we’re in the midst of one of the most active engagements between the two countries that we’ve ever seen. The U.S. and China are involved in many bilateral and multilateral forums. All of this talk actually does bring about results.”

For Soo-Ah Landa, vice president of global merchandise sourcing and technical design for Disney Theme Parks & Resorts, it’s not about where to manufacture as much as how.

“Whether it’s Sri Lanka, the Middle East or China, or things happening right here at home, people have a greater awareness of their place in the global economy and the significant differences that exist in wages and living conditions,” Landa said. “Consumers are not only demanding sustainability from a product standpoint, but also are going to have greater expectations for companies. We’re really not trying to solve the problem of cost anymore. We’re trying to solve how you ensure stability in your supply base because the reality is that you can always find a lower cost somewhere. The question is at what cost is that lower cost. How do you ensure you have the ability to deliver the innovation and do it profitably?”

From quality and sustainability control to speed to market, Landa said a focus on being in the factory is a true advantage.

“We have a significant manufacturing base here in the U.S. for front-end product,” she said. “It’s a very important part of our sourcing mix. We’ve worked to reduce our supply base by 50 percent to create a stable base of suppliers. In the area of sustainability, we’ve developed a spectrum versus a score. Our mandate is that we always expect improvement and progress to be a supplier to Disney.”

Probably no sector of the supply chain has been more impacted by the economic downturn and rising costs of the last couple of years as the container shipping industry, where assets are more fixed and expenses more difficult to contain.

Ronald Widdows, chairman of the World Shipping Council, said, “The good news for those of you in this room who are shipping goods is that you’ve likely been able to avail yourself with somewhat more economical cost of shipping, which should continue as you look into next year and maybe for some period of time. It won’t be so good from the carrier perspective.”

Widdows said volatility for shippers remains high, as financial markets continue to be in turmoil, oil prices go up and geopolitical turmoil persists. The high cost of fuel and the low demand for shipping has created a perfect storm for carriers, he said.

“There are ships today that you can order that are so significantly more efficient from a fuel consumption standpoint — you have to buy these ships,” he said. “There will be too many ships in the world for a long time. There will be pressure on shipping rates for a long time. The smaller, less-efficient, high-cost ships, you’ve got to park them. Typically in our industry, people have to lose a lot of money before such actions are taken. At the same time, we’re in the process of driving rates through the floor, producing tremendous losses for companies…the result is an industry that lost $20 billion last year.”

Dennis Lombardi, deputy director of the Port Commerce Department of the Port Authority of New York & New Jersey, said, “We expect cargo to grow and to provide the infrastructure to allow it to grow.…We expect the expansion of the Panama Canal to be completed in 2014 and to bring more large vessels to our port.”

Lombardi said his department has invested $2 billion in the last 10 years in infrastructure projects, resulting in 2,600 construction jobs annually since 2006. Since 2000, when Congress approved the 50-foot harbor deepening program, the PA invested $700 million to assure deep draft access to its facilities, with matching investment from the federal government.