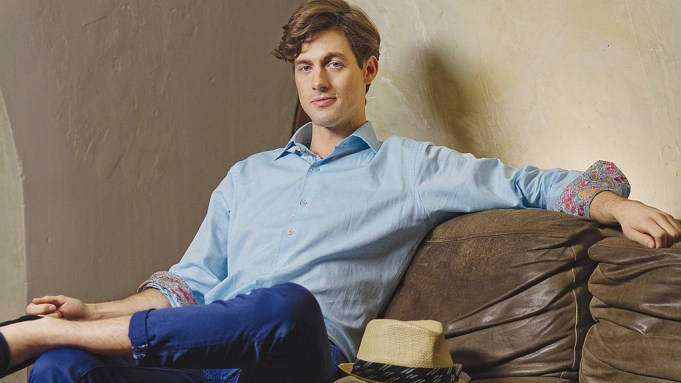 Against a backdrop of currency ups and downs, zigzagging raw material costs and ever-cautious customers, textile and apparel suppliers are increasingly relying on their quick wits — and beefed-up services — to turn a profit.

The overall climate of political and economic uncertainty in Europe and the U.S. is forcing everyone to up their game in a bid to hang on to a customer base that is worried about the consequences of taking too many risks. Regardless of market segment, everyone will be wrestling with common challenges in the coming six months: currency fluctuations and raw material prices.

Meanwhile, raw material prices, such as cotton, have also risen, and oil prices remain high, forcing companies to take a hit on their margins or pass the increases onto already wary customers.

All of these changes are having an impact on buyers, especially those from the U.S.

“There is a lot of insecurity in the market,” said Paul Alger, director of international affairs at the U.K. Fashion and Textile Association. “Buyers are still traveling, but they are being very careful about their spend, and they are ordering closer to the season. There is a lot of concern over currency.”

He said often the best strategy for U.K. suppliers is to get on a plane and visit the U.S. retailers directly on their home turf.

The projections for the rest of the year are mixed. Jamie Merriman, research analyst at Sanford C. Bernstein Ltd., said there is light at the end of the tunnel for retailers and consumers.

“Most apparel retailers who buy in dollars and sell in euros will take a hit to their margins for the rest of the year,” she said. However, “cotton prices are down 50 percent compared with last year, but there is usually a nine-month lag before those decreases feed through. “Retailers will see the benefit in the second half of the year and could pass lower prices onto the consumer.”

Cotton prices have actually dropped from a historic high of $2.12 a pound in March 2011 to about 82 cents a pound today, and a move this month by the Indian government to remove a ban on cotton exports should help keep the market stable, experts said.

The effect of the price hikes in cotton and synthetics — a weighted basket of prices of acrylic, nylon, polyester and polypropylene fibers rose by 71 percent from March 2009 to March 2011 — was to almost snuff out the recovery in the market which had been welcomed in 2010 following recession in the previous year, said a report this month from Textiles Intelligence. Synthetic prices have since declined, as well, to 87 cents a pound for polyester staple and 76 cents a pound for polyester filament, compared to 99.5 cents and 88 cents, respectively, a year earlier.

Reflecting these rises, suppliers of textiles and clothing to the European Union raised their prices an average of 14.6 percent, to $12.39 from $10.81 a kilogram during that period, the report said.

In a broader view, the European Commission on Friday confirmed its projection of a 0.3 percent contraction in the economies of the 17 euro-zone countries this year. Growth of 1 percent is expected in 2013.

Last Thursday, the Bank of France projected zero growth for the country in the first six months of the year, compared with 0.2 percent growth in the fourth quarter of 2011.

For apparel executives, the macro- and microeconomic pictures must both be weighed when constructing their strategies.

Mayur Tejura, director of Ringhart, a London-based textile and garment supplier that specializes in men’s shirts and shirting fabrics, said, “Stock is king right now, because our customers don’t want to commit to big orders — people are scared.”

Tejura said flexibility has become a golden rule for his company, which supplies many of the tailors, shirtmakers and men’s wear shops on London’s Jermyn Street and Savile Row. He said Ringhart has become increasingly accommodating to its customers, who are asking for shorter lead times on deliveries, smaller minimum orders and fewer commitments — one reason why the stock business is doing so well.

Ringhart has also added on new services, such as storage and distribution, to make life easier for its retail clients.

As for its own profile, “We’ve increased our marketing, and we’re careful with our stock control and our fancy fabrics,” Tejura said, adding that the company has been pushing into new markets such as Mexico and Russia.

Laurent Garigue, who supplies high-end women’s fabrics to British, French and Italian fashion houses, has also been fine-tuning his firm’s offer. Garigue, founder and owner of the British company, said demand is buoyant despite the macroeconomic environment.

“We sell to the very top end of the market, where the rich are so rich that the economy has not impacted on business,” he said. “In the past, customers would buy one dress from a designer. Now they want one in every color for each of their homes.”

Garigue has other factors in his favor, even in hard times: At the top end of the market, the cost of fabric as a percentage of the finished garment is relatively small: 30 pounds, or $48.60 at current exchange, for one meter of fabric in a dress that will retail for 1,000 pounds, or $1,620.

Garigue, however, is not resting on his silk chiffon laurels.

He said even in difficult economic times like these, companies like his must remain aspirational. He said he uses only top-end cloth and refuses to mix in synthetic fibers.

“When designers see a beautiful fabric, they fall in love — it’s an affair of the heart,” he added. “This is not a price-led business but a beauty-led one. You have to have a little hint of mystery, stay aspirational for everyone and put out a beautiful product.”

Over the past season, Garigue hiked the prices of his standard fabrics 7 percent due to an increase in raw material costs, and in July he said he would look at prices again.