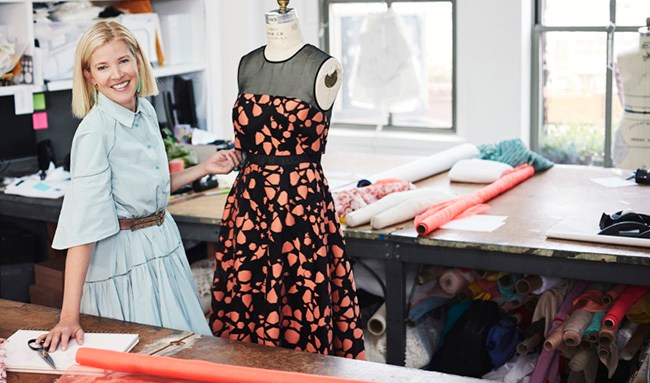 NEW YORK — As designers start to rev their fashion week engines, City Hall is ramping up its marketing efforts to proclaim the benefits of being Made in New York.

The city continues to build its Made in New York: Fashion initiative and has developed a public campaign to promote its Certified Brands program, with a kickoff during fashion week.

This is part of nearly $100 million the administration of Mayor Bill de Blasio has invested in the fashion industry, she noted.

“As we go into the fall fashion week, we’re really excited that we’re continuing to build momentum around the industry and that the various initiatives that we started to work on have begun to take fruition,” Glen said. “This fashion week what we want to highlight in terms of where the city’s efforts are is the Made in New York: Fashion branding campaign and how successful it’s been. It shows the progress and sends a message of why Made in New York: Fashion is so powerful and important.”

A video series has been produced featuring designers B. Michael of B. Michael America, Rony Vardi of Catbird and Ellen Rodriguez of Lela Rose.

In a preview of the Facebook videos, Vardi says: “All of our jewelry is made within just 10 blocks of our Williamsburg boutique. That’s us.” Michael says: “The best thing about being a New York City fashion designer are the resources that are available to me,” while Rose says: “I had a dream of becoming a fashion designer and knew that the only city that I could really do this in is New York City.”

In Facebook still-lives, Haus Alkire founders Julie and Jason Alkire say: “Fashion in New York is one of the true American industries and Made in NY certification is working to keep this tradition alive,” while Anya Cole of Hania by Anya Cole says: “Having certification shows that being Made in NY is at the core of what we do.”

Commenting separately on the program, Michael said manufacturing in New York enables B Michael to be closer to seasons — if something is doing well the company can respond to it in weeks versus months. Michael also pushes his manufacturers to take advantage of the resources that the city offers.

Ellen Rodriguez, chief executive officer of Lela Rose, said, “While other cities may have lower overall costs, New York City offers [the company] unprecedented control over the design and manufacturing of the products.”

Rodriguez said from concept to production, everything is accessible within a four-block radius, allowing for hands-on quality control, adding that the company can seamlessly produce in-house samples at nearby factories.

Made in NY: Fashion was launched in 2015 by Mayor de Blasio and was modeled on the successful Made in NY initiatives for film, television and technology.

Glen noted that Made in NY: Fashion recognizes the importance of the fashion industry in the city’s economy. The fashion industry employs 182,200 New Yorkers and pays over $11 billion in wages, with more than 900 fashion companies based here.

The certification program has awarded 23 designers who manufacture more than 75 percent of their products in the city. In addition, eligibility requirements include headquarters in the city and presence in at least one store. There is also a thorough application and selection process.

After successful verification, companies sign a licensing agreement with the EDC, which gives them two years to use the Made in New York: Fashion logo and benefit from other promotions and exposure before having to reapply.

Glen said the overall initiative aims to “turn upside down” the notion that it’s so difficult to be based and manufacture in New York and instead show why it’s so important to be in New York and the advantages that come with it.

“The young entrepreneurs in the certification program have repeatedly told us that they have been able to grow their businesses because their line is made in New York,” Glen said.

She noted that the certification initiative includes emerging and established designers.

The funding for this branding campaign is part of $15 million of overall marketing City Hall has allocated. In addition, the administration has put $18 million into the Fashion Manufacturing Initiative, and $6 million toward awards and other initiatives since January, as well as $74 million budgeted for a new building at the Fashion Institute of Technology.

“At the end of the day, it’s about these companies being able to make money and sell their products,” Glen said of the D&A presentation. “Anything we can do to get them in front of the buyers helps them and it’s a good use of city money.”

On the branding side is the ongoing Barneys New York and CFDA: Made in New York Collection, a limited-edition collection of locally designed and manufactured pieces sold at Barneys stores nationwide.

On the manufacturing end, the Fashion Production Fund, a partnership with Capital Business Credit, helps emerging designers fund their businesses.

In April, MNY became part of the U.S. Department of Defense and Massachusetts Institute for Technology’s $315 million public-private project called the Revolutionary Fibers and Textiles Manufacturing Innovation Institute. It is partnering with FIT to host skills-based training and registered apprenticeship programs across the fashion textile manufacturing supply chain.

“There’s definitely more interest in more locally made products and some blowback to fast fashion,” Glen said. “It’s not just all about ad campaigns but it’s about where the rubber meets the road that’s important, too.”