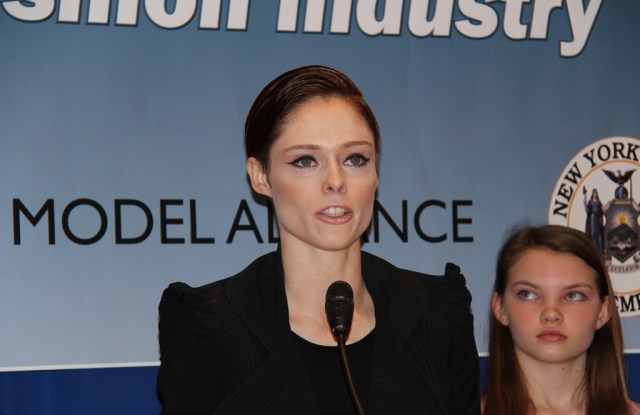 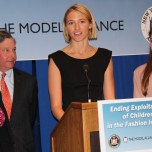 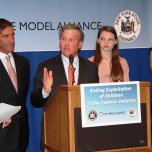 NEW YORK — Politicians and models turned out Tuesday to celebrate a new child labor law that aims to end the exploitation of underage models in New York’s fashion industry.

Signed by Gov. Andrew Cuomo late Monday night, children working in the fashion and modeling industries will now be provided the same protections afforded to other young performers in the entertainment sector.

Savino, who serves as chair of the Senate Labor Committee, said, “As a former caseworker for NYC’s Child Welfare Administration, I’ve dedicated my life to protecting children from abuse and neglect….I thought I knew everything about children who have been exploited until I saw this, and I was shocked. Most models begin their career around the age of 13, sacrificing their education, health and financial security to model without the basic protections they deserve under New York’s current law…We have brought an end to the rampant exploitation and sexual abuse of child models.”

Scafidi sized up the new legislation this way: “This is a major step for minors, made possible by the convergence of two social trends — concern over children’s welfare and the increased recognition of fashion as an art form — thus models as performers.”

The law, which becomes effective Nov. 20, will afford the following protections:

• A responsible person designated to monitor the activity and safety for each child performer under the age of 16 at the work place.

• Employers must provide a nurse with pediatric experience as well as health and safety information.

• An education requirement that mandates employers provide teachers and a dedicated space for instruction.

• A financial trust must be established by a child model’s parent or guardian into which an employer must transfer at least 15 percent of the child’s gross earnings.

Rocha, a former child model, said, “This will be one of the events that stand out as among the milestones in my career….This will change the industry and the way that girls look at this industry.”