President Barack Obama seems to be adopting a pro-trade agenda.

By Kristi Ellis and Liza Casabona on May 12, 2009
View Slideshow 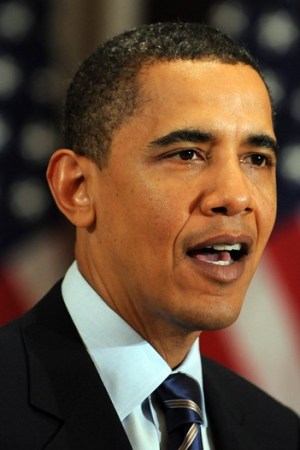 WASHINGTON — President Obama has tempered his tone on trade.

After a campaign during which he adopted a tough stance on some key issues — including China’s currency and the North American Free Trade Agreement — Obama now seems to be adopting a pro-trade agenda many believe will lead to expanded global commerce.

Caught in the maelstrom of a worldwide economic downturn and embarking on a new diplomatic approach to mend the image of the U.S. with foreign leaders, Obama appears to be moving toward the center, as most presidents have done throughout history. Many trade veterans said the Obama administration so far has carefully walked a line that is neither overtly pro trade nor protectionist.

As an illustration of his evolving trade policy, Obama said in a proclamation last week that he plans to negotiate “future trade agreements to create opportunities for all Americans,” which counters some of the speculation from industry groups the new president would not embark on new trade deals based on his previous tough positions.

The president also said he is “developing a plan of action” for three pending free trade agreements with Panama, South Korea and Colombia that were negotiated by the Bush administration, and reiterated his support for advancing the Doha Round of global trade talks that has faltered for several years.

“When you are president you appreciate more fully that trade is an important foreign policy tool of alliance building, as well as a projection of American values and American power,” said Charlene Barshefsky, who was U.S. Trade Representative in the Clinton administration from 1997 to 2001 and is now a partner at the Wilmer Hale law firm in Washington. “I do not for a minute believe that [Obama’s] overall economic policy will be protectionism.”

Historically, that is in line with the approach of most other presidents in modern times.

“All modern presidents, and now given the nuanced change, even Obama, have all been free traders — Democrats and Republicans alike,” said Marick Masters, professor of business and director of labor programs at Wayne State University in Detroit.

To that end, Obama has built a team with pro-trade leanings, said Mickey Kantor, who was USTR under Clinton from 1993 to 1996 and is now a partner at the Washington law firm Mayer Brown. New USTR Ron Kirk and Commerce Secretary Gary Locke were “open traders their entire political careers,” Masters said.

Obama also appointed others with a record of supporting open trade, he noted, including the director of the White House’s National Economic Council Larry Summers, Treasury Secretary Timothy Geithner and White House chief of staff Rahm Emanuel, who worked for Clinton during the negotiation of NAFTA.

“The administration is full of people with a full understanding of the benefits of trade,” Kantor said.

Nonetheless, Obama is walking a tightrope on trade and the success or failure of his agenda will depend largely on Democratic leaders in Congress, who control the House and Senate.

If Obama’s trade agenda becomes too liberalizing, he risks alienating lawmakers who were elected on “fair trade” platforms, vowing to mitigate the impact of trade on U.S. workers and change policy in Washington. He also risks angering one of his largest political constituencies and donors — organized labor — which is broadly wary of trade agreements due to the impact it has had on the shrinking U.S. workforce and the generally lower labor standards in low-cost manufacturing countries. Obama already is walking a delicate line with labor over the bailout of the car industry, which has seen Chrysler file for chapter 11 and perhaps general motors, leading to the expected loss of thousands of jobs.

Responding to perceptions the administration might be taking a pro-trade stance, Carol Guthrie, assistant USTR for public and media affairs, said, “The president’s trade policy agenda as released earlier this year has made clear that the U.S. intends to have a robust trade policy that works for America’s working families, opening markets around the world in order to create better paying jobs here at home at a time when those jobs are sorely needed due the economic crisis.

“That’s what Ambassador Kirk and the Office of the USTR have been tasked to do,” Guthrie added, “and we are moving forward on that task all the while making a concerted effort to address many Americans concerns about how our trade policy is formulated and making sure that existing and pending trade efforts reflect our values on important issues such as the rights of workers and the environment and the need to enforce American’s rights under trade policy.”

But trade experts noted the first inklings of a shift in tone on trade from the campaign trail to the Obama presidency came in the form of two recent announcements by the administration.

First, the Treasury Department declined to cite China for “manipulating” its currency in a biannual report released last month. Such a move could have potentially led to sanctions at the World Trade Organization if China failed to increase the value of its currency.

Obama railed against China on the campaign trail, saying he would crack down on what many claim is the country’s undervalued currency and any other trade infractions that broke global trade rules. Treasury’s decision to refrain from taking an aggressive stance against China disappointed some Capitol Hill lawmakers. This disappointed many in the domestic industry who expected Treasury to be tougher on China’s currency policy, especially after comments from Treasury Secretary Timothy Geithner during his confirmation hearing that he and Obama thought China was manipulating its currency. However, Obama followed that by saying “this is not a time for a trade war,” setting up the nonaction last month.

Less than a week later, Kirk indicated the administration would pivot away from a controversial campaign pledge made by Obama to renegotiate NAFTA. Kirk said the changes Obama supported, integrating external labor and environmental provisions, into the main text of the agreement could be achieved without reopening the agreement.

Kirk has also been actively voicing his intention to push forward pending trade pacts negotiated by the Bush administration with Panama, Colombia and South Korea, as well as an intention to work toward a successful conclusion to the Doha round of trade talks that faltered last year. (See related story on page 12).

Industry executives said they are heartened by the changes in Obama’s stance on trade.

“I am encouraged by President Obama’s change in tone and approach to trade compared with the campaign and the rhetoric in the fall,” said Mark Jaeger, senior vice president and general counsel for Jockey International. “The Obama administration seems to be signaling that the U.S. will maintain a leadership role in pursuing trade agreements.”

Indications from Kirk that the U.S. won’t look inward and his meetings with officials from Colombia and Panama about ways to move the pending free trade deals forward also demonstrated the administration is willing to follow up its change in tone with action, Jaeger said.

“It looks like he’s loosening up a little bit,” said Carol Hochman, president and chief executive officer of Triumph Apparel Group, licensee and manufacturer of Danskin, and chairwoman of the American Apparel & Footwear Association. “It seems like he’s going to get much more pragmatic and reasonable about trade.”

“We’re seeing some less than aggressive actions,” said Cass Johnson, president of the National Council of Textile Organizations. “I think everyone is acknowledging that the global crisis has really thrown a new element into the mix. [The administration is] taking a cautious approach to trade in general, not being aggressive on the side of unfair trade practices yet, but they’re not being particularly aggressive on trade liberalization.”

Bruce Raynor, general president of UNITE HERE, said he remains 100 percent behind Obama on trade, despite recent statements he will pursue the pact with Panama and is reviewing outstanding issues associated with the pact with Colombia.

“President Obama is the one president in my lifetime who has been the most committed to protect U.S. manufacturing jobs and he hasn’t shifted one iota on that,” said Raynor, adding he is not surprised Obama has pivoted away from some of stronger campaign trade talk, particularly on China, in the context of a broader foreign policy picture. “You don’t run the United States of America in silos. China is a currency manipulator and it is also the most populous country in the world, an important holder of U.S. debt and a country that the U.S. has to relate to, so [Obama’s] comments and actions regarding China have to be multifaceted.”

Still, Obama’s new tone on trade has not gone unchallenged. In recent days, some key “fair trade” Democrats that oppose the three pending trade deals with Panama, Colombia and South Korea, have sounded warnings about Obama’s shift in tone.

“It was a popular campaign issue, but now that the campaign is over we are seeing a rollback on promises made, including NAFTA renegotiation and taking an aggressive stance on China currency manipulation,” said Rep. Mike Michaud (D., Maine), co-chair of the House Trade Working Group. “While it’s still unclear how the administration will move forward on Panama, Colombia and South Korea, I believe the American worker spoke loud and clear during this past election cycle. They are sick and tired of their jobs being shipped overseas. They want the economy to get moving again and believe our trade policies have put the worker at a major disadvantage.”