Owners of Plant in Deadly Pakistan Blaze Turn Up 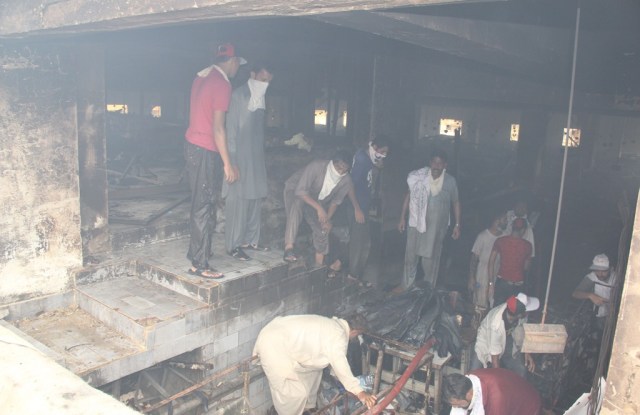 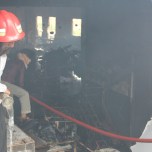 LAHORE, Pakistan — As the fire that killed 289 workers at a garment factory in Karachi still smoldered, the company’s owners resurfaced after three days of hiding and the Sindh Minister for Industry resigned.

The owners of Ali Enterprises — Abdul Aziz Bhaila and his sons, Arshad and Shahid — appeared in court haggard and unshaven in the town of Larkana in Sindh province, having arranged protective bail of about 500,000 rupees, or about $5,500, for eight days until Sept. 21, when they must reappear in court. Justice Hasan Azhar Rizvi also ordered that their passports be taken from them and they remain on the exit control list that forbids them from leaving the country.

The three are charged with murder, attempted murder and criminal negligence.

Sindh Provincial Minister for Industry and Commerce Rauf Siddiqui resigned from his office, saying that he wants to ensure a transparent investigation. He had been under pressure from the government to resign.

The incident, which occurred at the same time a shoe factory fire killed 25 people in the Pakistani city of Lahore, has caused an outcry from international workers’ rights groups and organizations involved in factory inspections and could make the industry rethink corporate social responsibility programs aimed at avoiding such catastrophes. The factory, which lay in ruins, was said to have been making jeans and other clothing, but no brands have been identified. Pakistan is the fifth-largest supplier of textiles and apparel to the U.S.

At a press conference in Larkana, the Bhalias said they appeared in court in Larkana, 300 miles from Karachi because they feared for their lives in that city from angry demonstrators. On Thursday, Karachi was shut down as a sign of mourning. After rescue work was called off on Friday, the factory premises were sealed by the police and a heavy contingent was deployed outside to ward off further unrest.

The owners had all exits locked and there were bars on the windows, apparently to deter high crime in the area, leaving 600 men and women trapped inside. When asked by reporters if claims of “extortion” were true, Arshad declined to comment. In Karachi, many businesses give money to extortionist groups due to the severe crime and lawlessness in some parts of the metropolis of 21 million. Instead they blamed the fire department, saying that it took them 90 minutes to arrive. When they finally got there, they had too little water in the fire tenders and had to go to the next one in Sakhi Hasan to replenish their supply. Another ongoing problem in Karachi is the severe water shortage. Water tankers supply much of the citizens’ need for water.

Arshad claimed the company had followed the factory laws, there was nothing wrong with their factory and the gates were not locked. He said they did not leave the factory until midnight, some six hours after the fire started, only after a mysterious phone call from an “important person” asked them to get out.

The owners have promised to pay financial compensation to the victims’ families as per factory and labor laws here. Lawyer Sadia Khan said according to Shariah Islamic law and the Pakistan Penal Code, it is entirely acceptable to compensate the victims’ immediate family with a cash settlement, even in the case of death.