No clear majority is expected in the knife-edge race to lead Britain.

By Samantha Conti on May 6, 2015
View Slideshow 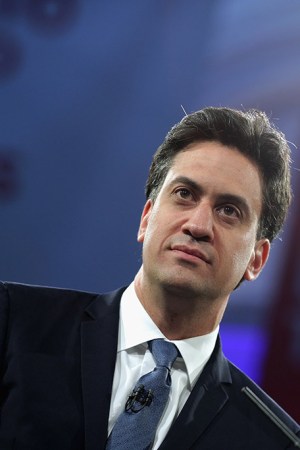 LONDON — For decades, Western nations have laughed at Italy’s revolving-door governments, with prime ministers coming and going — and coming back again — with the speed of a custom-built Ferrari. For years minority and coalition governments have been the norm, with some lasting only a few months before one or more parties pulled the plug, triggering a fresh round of elections.

Britain is staring down a potentially similar scenario this week as Thursday’s general election will likely be inconclusive, with no one party the victor, no clear majority of parliamentary seats, and frantic efforts — that could drag on for weeks — by the Conservative and Labour parties to cobble together a coalition or minority government. They’ll have a mixed bag of partners to choose from, including the center-left Liberal Democrats, the left-wing Scottish National Party that lost its bid for Scotland’s independence from the U.K. last year, and the Eurosceptic, right-wing UK Independent Party known as UKIP.

In the gloom-monger tones typical of this election’s final days, deputy prime minister Nick Clegg, leader of the Liberal Democrats, warned BBC Radio audiences of a “shambles” if the Conservatives or Labour try to form a minority government, and rely on the informal support of other parties to pass their legislation.

“The last thing Britain needs is a second election before Christmas,” he told BBC’s Radio 4’s Today program earlier this week. “But that is exactly what will happen if Ed Miliband (Labour leader) and David Cameron (Britain’s prime minister and Conservative leader) put their own political interest ahead of the national interest.” Clegg, meanwhile, is promising “stability” as a potential coalition partner in any future government.

Some of the election’s big issues include deficit reduction; funding for the country’s National Health Service; a referendum on whether Britain should remain in the European Union – and on what terms; taxes and pay for minimum-wage workers; rising house prices in London and budgets for affordable housing; and whether to restore a 50 percent income tax on those earning more than 150,000 pounds, or $227,000. The rate is currently 45 percent.

Many retailers and fashion executives have come out in favor of the Conservatives, who have been traditionally pro-business, and who’ve helped to kick-start the economy during their six-year tenure. Last month, 100 business leaders signed a love letter to the Tories, as the Conservatives are known, that was published in The Telegraph. It said a Labour government would “threaten jobs and deter investment.”

Among the newspapers that have thrown their weight behind the Conservatives is The Evening Standard, which bills itself as the Londoners’ paper. It lauded the current government’s policies, which “have helped to create jobs, reduce crime and improve schools. And they have helped generate prosperity,” the paper wrote on its front page Tuesday.

The Guardian is backing Labour, and while admitting that “Ed Miliband may not have stardust or TV-ready charisma…he has resilience and, above all, a strong sense of what is just. Mr. Miliband understood early one of the central questions of the age: inequality. While most Tories shrug at that yawning gap between rich and poor, Labour will at least strive to slow and even reverse the three-decade march towards an obscenely unequal society,” it wrote in Friday’s paper.

The country’s big retail and business organizations, meanwhile, aren’t taking a public stand on the election, and say that any new government needs to keep commerce flowing.

Months ago, the British Chambers of Commerce described the general election as “the most wide-open contest in decades, generating huge nervousness among British businesses,” and asked all political parties to create “policies that deliver prosperity” and a nation that trades with confidence “recapturing some of the mercantile spirit of our past.”

Earlier this week, the British Retail Consortium told WWD it has a number of proposals for the next government. “First, we believe that business works best when regulation is clear and uncluttered. Our second principle is that investment in the retail industry thrives where there is certainty. And finally, we believe that the principle of transparency is good for business. These are the means to achieve our shared goals of prosperity, investment and growth,” a spokesman said.

Tomorrow, it’ll be up to Britons — and their politicians — to deliver that certainty, or opt instead for a whole new political reality: Westminster on the Tiber.