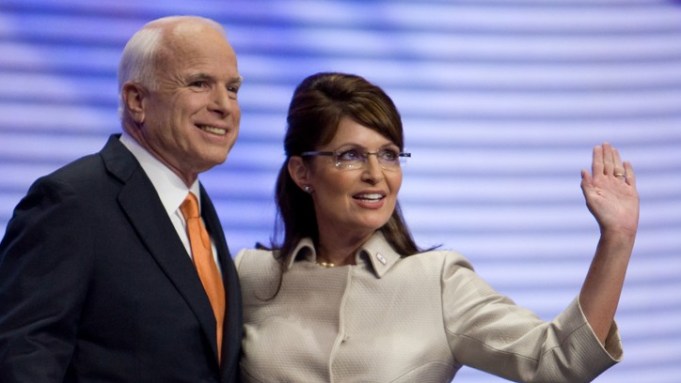 ST. PAUL — Back to the pocketbook issues.

Now that the Republican and Democratic conventions are over and the candidates are returning to the campaign trail, issues such as the flailing economy, jobs, taxes and global trade are likely to rise to near the top of the stump talk.

A recent Gallup poll showed that 71 percent of Americans hold negative views about the economy, while 16 percent hold mixed views and only 11 percent hold positive views.

Rising fuel and food prices, mounting job losses and a deepening housing crisis have pushed the economy to the forefront of the election, and every economic indicator is closely scrutinized, including today’s release of the August employment report. July represented the seventh consecutive month of national employment declines, with the jobless rate hitting 5.7 percent from 5.5 percent in June, the Labor Department reported last month.

John McCain, who accepted his party’s nomination for president here Thursday night, has touted economic solutions such as making permanent President Bush’s tax cuts that expire in 2010, a reduction in the corporate tax rate to 25 percent from 35 percent and promoting an aggressive free trade agenda to boost exports and foster U.S. businesses.

Barack Obama, the Democrats’ presidential candidate, has called for a second round of rebate checks to help families offset rising gas and food prices; an elimination of tax cuts for those with incomes above $250,000; an increase in the minimum wage, which is set to rise to $7.25 an hour in July, to $9.50 by 2011; an elimination of tax breaks for companies that move operations offshore, and more scrutiny of trade agreements and unfair trade practices.

Retail and manufacturing are two of the sectors hardest hit by the downturn.

Mullin said neither presidential candidate has put forth a clear economic plan to jump-start the economy.

“I think they’ve both got a long way to go in clarifying what their solutions to the economic situation are,” Mullin said. “I don’t think the average American could tell you exactly what either candidate plans to do to fix the economy in the short term.”

Mullin said she doesn’t expect to see “any real improvement” until the second half of next year, but she is hopeful retail sales will get a boost after the election in November.

“Historically, we do see an uptick right after a presidential election,” she said. “Hopefully we’ll see that bounce this year.”

“Today, Americans are concerned about keeping their jobs, about keeping their homes, about the rising price of food and fuel,” Carly Fiorina, former chairman and ceo of Hewlett-Packard Co. and Victory ’08 chair for the Republican National Committee, told delegates. “They are concerned about whether they will be able to find or afford the right health care. I know John McCain, and if we make the right choice…American families will keep more of their hard-earned money. Small and large businesses alike will be creating jobs here and spurring robust economic growth because America will once again be a great place to build a business.”

Fiorina said McCain would ensure that workers would receive retraining when they lose their jobs, while individuals and companies would enjoy tax breaks and a simplified tax code.

Meg Whitman, former president and ceo of eBay and national co-chair for the McCain campaign, pledged that the candidate and vice president nominee Sarah Palin would offer tax incentives to small businesses and families to help boost the economy.

“In his first 100 days in office, they will put forward proposals to double the size of the child tax exemption, putting more money in your pockets,” Whitman told delegates. “They will push Congress to reduce business taxes so that entrepreneurs, and especially small business, have the money they need to expand and create jobs.”

For many U.S. retailers and manufacturers, the next two months will be vital as the candidates further carve out their positions on the economy and trade.

Julia Hughes, senior vice president of international trade at the U.S. Association of Importers of Textiles and Apparel, said, “The key is, do the Republicans see trade as a wedge issue, or will it be an issue that comes up in the debates but isn’t a featured aspect from the Republican side?”

Hughes said the Republican platform “had pretty strong language that criticized Congress on not voting the pending free trade agreements [with Colombia and South Korea]. It will be interesting to see if McCain expands those points.”

As for Obama’s evolving position on trade, Hughes said: “A lot of his positions have been driven in the primary battle against Sen. Hillary Rodham Clinton that pushed the party off center and more toward the protectionist side. The impact of the labor unions is going to push him to the more protectionist side, but we still expect whoever is elected to move toward the center on trade.”