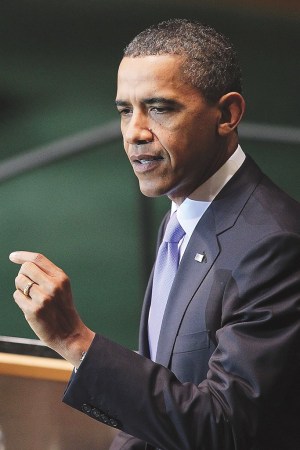 WASHINGTON — Reforming the U.S. tax system has become a key topic of the 2012 presidential race, and some proposals could have major implications for retail investment and hiring, as well as consumer spending.

On Capitol Hill, lawmakers are considering several proposals aimed at easing the burden on businesses and families while avoiding adding to the nation’s staggering debt.

Wal-Mart Store Inc.’s president and chief executive officer Mike Duke, testifying before the Senate Finance Committee in July, pressed Congress for a reduction in the corporate tax rate from 35 percent to the “mid-20s.” He said Wal-Mart paid $4.7 billion in corporate taxes in the U.S. last year, a 32.2 percent effective corporate tax rate, representing about one-third of all corporate income taxes the Treasury Department collected.

“We’re not here to ask for sympathy,” Duke told the senators. “The question is not whether Wal-Mart as a company can get by under the current tax structure. The real question is whether this structure is the best approach for our country. We believe it is not.”

To varying degrees, the tax reform proposals advanced by the GOP presidential candidates address the issue and call for reducing the corporate tax burden on companies.

While President Obama has not made a formal proposal to overhaul the current tax system, he has focused on more short-term tax relief for businesses and individuals and families. As part of his job plan unveiled in September, Obama proposed several tax cuts, including a tax break of up to $4,000 for employers who hire workers unemployed for more than six months, a payroll tax cut for employers on the first $5 million in wages, a temporary elimination of the 6.2 percent tax that firms pay for any growth in payroll up to $50 million above the prior year and a tax break that will allow companies to immediately deduct the full value of new equipment and plants in 2012.

The president said he would pay for his plan in part by allowing tax cuts implemented by former President George W. Bush for high-income wage earners making more than $250,000 a year to expire in 2012.

At the center of the debate among Republican presidential hopefuls is the flat tax — a perennial conservative favorite — and the proposals contain a variety of ideas, ranging from a flat individual income tax to a national sales tax. Retailers and economists are warily evaluating the potential impact of the proposals.

Luxury retailers and brands — and high-income earners — stand to benefit from a flat income tax that would lower the highest marginal personal income tax rate from its current 35 percent, but discounters and low-income earners would likely be hurt if a national sales tax was enacted, according to some economists and industry experts. Many feel a sales tax puts a greater burden on low- and middle-income earners, since people need to purchase basic needs regardless of what they earn.

The economic plan of presidential candidate Rick Perry, governor of Texas, calls for individuals to have an option of staying within the current income tax structure or moving into a new flat-tax system that would cap the individual income tax rate at 20 percent. Perry’s plan would also reduce the corporate tax rate from 35 to 20 percent and eliminate taxes and dividends as well as capital gains taxes.

Perhaps the biggest eyebrow-raising plan causing consternation in the fashion industry is the “9-9-9 plan” proposed by Herman Cain, former ceo of Godfather’s Pizza, whose candidacy has been besieged by recent allegations Cain sexually harassed several women, which has overtaken coverage of his tax proposal. The plan would reduce the personal income tax to 9 percent and reduce the corporate tax rate to 9 percent but create a new federal sales tax of 9 percent that would be added to existing state and local sales taxes.

“We are in favor of closing loopholes and eliminating deductions to lower the overall corporate tax rate to make more companies more competitive and allow them to invest in growth and jobs,” said Bill Hughes, senior vice president of government affairs at RILA.

But the organization, which represents a large swath of the mass-merchant sector, is opposed to plans such as Cain’s that include a national sales tax, he said.

“We believe that would actually reduce consumer spending and would be harmful at the retail level,” Hughes said. “We think a national sales tax is anathema to growth in retail sales.”

As for Cain’s proposal specifically, Hughes said 45 states currently collect sales tax, ranging from 6 to 10 percent, and a 9 percent federal tax on top of that would cause “people to buy less and retailers to sell less.”

As for Romney’s support of extending the Bush tax cuts, Hughes said on the face of it, it would give more people more disposable income, but a concern is finding an offset so as not to increase the national debt.

Rachelle Bernstein, vice president and tax counsel at the NRF, said the organization is opposed to consumption taxes but has not taken a position on any of the GOP candidates’ proposals.

John Lonski, chief economist at Moody’s Capital Markets Group, said a flat income tax rate, such as the one proposed by Perry, could help spur spending by the middle-income and upper-income consumers over time, but he warned the inherent risk in depriving the government of revenue and a deeper expansion of the nation’s debt could lead to further turmoil in the financial markets.

“[Perry’s plan] would help luxury retailers, and the hope would be that, given the dependency of job creation on smaller businesses with fewer than 50 employees, which account for 45 percent of private sector jobs, cutting the marginal tax rate significantly would also cut the tax rate of small businesses…and provide a boost in hiring activity,” Lonski said.

Many small businesses pay taxes at the rate approximated by the highest marginal tax rate on personal income.

“The Cain proposal would provide a major boost in spending by the middle- and upper-income households [because it would lower the individual tax rate from a high of 35 percent to 9 percent],” said Lonski. “The increase in after-tax income would offset higher national sales taxes.”

But he warned that lower-end retailers like Wal-Mart could be negatively impacted, as opposed to high-end brands and retailers such as Coach or Nordstrom, because the savings derived from a lower income tax might not help lower-income consumers, who would then be faced with paying more for consumer goods.

Andrew Fitzpatrick, director of investments at Hinsdale Associations, said he believes retailers and businesses will “warm up” to some of the proposals, which “could spark an improvement in their climate, and that could lead to a good environment for retailers.”

He said the Perry plan will help all retailers “because it puts more money into the hands of consumers, and it is a plan that will be more cash-flow positive for consumers and lessen their tax burden.”

Fitzpatrick said the Cain plan would ultimately lower the tax base and tax payments and called it “tax friendly” overall.

“The component of a national sales tax is certainly something that is front and center, and there is probably going to be a bit of a pullback in terms of spending and the fear around actually incurring that,” he added. “But I think the initial reaction to it may be a little overblown because when you do the math, ultimately the tax consequences will be beneficial compared to where we are now. That could bode well for luxury retailers.”