Congress cast the spotlight back on China this month with action on product safety legislation, a move that could reignite the tense debate over the Asian... 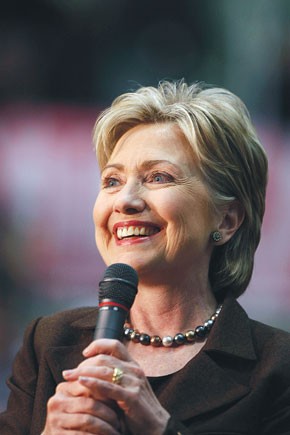 WASHINGTON — Congress cast the spotlight back on China this month with action on product safety legislation, a move that could reignite the tense debate over the Asian economic giant’s currency and trading practices.

Escalating economic uncertainties, a tight and contentious presidential race and friction over the war in Iraq have so far eclipsed the Congressional debate this year over what critics charge are China’s undervalued currency and subsidized imports that adversely impact American manufacturers and workers.

But the Senate’s recent action on a product safety bill aimed at curtailing contaminated imports, notably from China, and monthly data showing a deepening trade deficit with the world’s most populated country could soon spark new action against its currency and trade policies.

Apparel sourcing executives, who have urged Congress to refrain from considering pending bills that would impose sanctions on their imports from China, are wary about Democratic leaders’ next move. On the other side, domestic textile firms, arguing that they have been put at a competitive disadvantage because the Chinese yuan is undervalued by 15 to 40 percent by not being traded openly on the global market, are worried that Democrats won’t pursue punitive legislation against China this year.

Ultimately, the politics of the presidential campaign could dictate what course of action Congress takes on China and other trade issues this year.

Obama and Clinton have both thrown their support behind pending legislation in the Senate that would offset China’s undervalued currency by using trade remedy laws to impose higher duties on imported Chinese products and both have said on the campaign trail that more aggressive action is needed against China’s currency policy.

While McCain continues to tout the benefits of free trade on the campaign trail, Obama and Clinton have taken a more populist approach, calling for a review and stronger enforcement of existing trade agreements and even threatening to force Canada and Mexico back to the negotiating table to add stronger environmental and labor protections in the North American Free Trade Agreement.

“I think it [a vote on a China bill] is entirely dependent on presidential politics at this point,” said Gary Hufbauer, senior fellow at the Peterson Institute for International Economics. “I think once the Democratic nomination is settled, Democrats in Congress will regard China as a good wedge issue with McCain and therefore want to push legislation as a way to put him on the spot before the general election.”

Hufbauer said in order to avoid a veto threat by President Bush, Democratic leaders will have to choose a bill that has longer timelines and consultations and is not as punitive.

Erin Ennis, vice president of the U.S.-China Business Council, said, “China remains a hot-button issue for Congress and I suspect we will see something out of one chamber this year.”

Ennis said Congress would act because of public sentiment as opposed to political maneuvering on the part of Democrats to use the vote as a wedge issue, since many Republicans already support the proposed bills. Most trade observers said the U.S. trade agenda will come into sharper focus once the primaries are over and the party’s nominees have been chosen.

“People are not talking about China that much on the Hill,” said Brian Pomper, former chief international trade counsel for Democrats on the Senate Finance Committee and now a partner with government relations firm Parven Pomper Strategies Inc. “The focus has been on the outstanding free trade agreements, with respect to Colombia, and on the domestic economy in general.”

The Bush administration has made a major push this year to garner support from Democrats on a free trade agreement with Colombia that has not moved to Congress for a vote because of human rights violations and the assassination of union activists in Colombia.

Bush cabinet officials have arranged scores of trips to Colombia with lawmakers, but Democrats have not been swayed by proponents’ arguments that the number of killings have decreased as a result of Colombian President Alvaro Uribe’s reforms. Despite the pressure, trade experts believe the trade deal will have a difficult time moving in Congress this year.

“The political environment is such that it is hard for me to see there be any push really from Democrats to do anything on Colombia before the election [in November],” said Pomper.

For apparel importers and many domestic textile producers, the prospect of the Colombian trade deal stalling this year is disappointing. Many companies are seeking permanent duty free benefits in a bilateral trade deal, as opposed to the more temporary trade preference program under which they currently operate that must be renewed by Congress periodically.

Democrats in the House and Senate also appear to have a different set of priorities on trade this year, which could also slow down the overall agenda.

Sen. Max Baucus (D., Mont.), chairman of the Senate Finance Committee, which has jurisdiction over trade legislation, said his top priority this year is passing a bill to overhaul the Trade Adjustment Assistance program that gives federal aid to workers who lose their jobs when their companies close because of international trade. Baucus has said he will not allow the consideration of any of the pending trade deals, including those with Colombia, South Korea and Panama, until the Senate first passes the trade aid legislation.

In the House, Rep. Sander Levin (D., Mich.) has said China legislation is a top priority this year, but the trade-oversight House Ways & Means Committee has not introduced a comprehensive bill that Levin said in January could address currency undervaluation, strengthen U.S. Customs enforcement of contaminated imports and address product safety concerns and pirated and counterfeit products.

Ways & Means Chairman Charles Rangel (D., N.Y.) recently told reporters that the committee has not made a decision on whether it will proceed with China legislation. Rangel cited the frailty of the U.S. economy as a factor that many members of his committee are now weighing in trying to determine whether unilaterally penalizing China would hurt U.S. companies.

Stephen Lamar, executive vice president of the American Apparel & Footwear Association, sees the inaction on China as the calm before the storm. But he said several developments have “taken some of the momentum” out of the pending bills.

Lamar said the Commerce Department’s acceptance of the first countervailing duty case from China on coated paper, China’s settlement of a World Trade Organization case brought by the U.S. that resulted in an agreement to eliminate a dozen export and import subsidies, and action on product safety legislation have combined to lessen the pressure for punitive action against China.

“Will there be a debate on China and will there be activity on China?” Lamar asked. “The answer to the first question is yes, but the second question is more dicey. I’m not sure it is something that could make it all the way through the House and Senate and be something the President is comfortable signing.”

U.S. textile groups are frustrated by the lack of progress on a China bill that has been in the making for more than a year.

“I think clearly there has been a reluctance to move forward,” said Auggie Tantillo, executive director of the American Manufacturing Trade Action Coalition. “I think the committees have decided to be more cautious because the opponents have gotten Wall Street to weigh in and indicate that things are so shaky right now and a bill that might impact trade flows and consumer consumption capabilities” is not the right move.

The textile industry and the main industry union, UNITE HERE, plan to make a major effort to push the Bush administration, presidential candidates and Congress to extend apparel and textile quotas on Chinese imports that expire at the end of the year.

Tantillo said the whole trade agenda with Democrats in control since January 2007 has been “fairly lethargic” from the domestic producers’ perspective.

“There has been a lot of talk about doing bills to liberalize the U.S. market for least-developed countries, to enhance more benefits for countries like Haiti and the African countries,” Tantillo said. “We were hoping for better things” to help U.S. manufacturers devastated by globalization.