Proving the Power of Ethical Practices

Fashion companies are finding that incorporating ethical business practices into their manufacturing strategies isn't only good public relations, it's smart...

By Evan Clark and Ross Tucker on March 18, 2008
View Slideshow 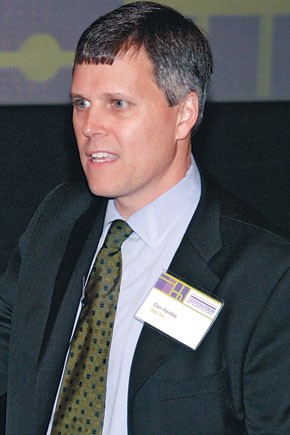 Executives contend that factories with good working conditions adopt disciplines that generally lead to better quality control and a more efficient production schedule. Similarly, those firms that take ecological concerns seriously, such as stripping greenhouse gas emissions out of the supply chain, can also streamline costs and time to market.

Here is how Gap and Timberland are striving to achieve those goals.

Gap Inc. first published guidelines for ethical sourcing in 1992 and has since intensified its efforts to ensure the workers stitching and cutting their goods are treated properly.

Given the sprawling network of suppliers that feed into the specialty store giant, it is not surprising that Gap’s record is not perfect, as revelations last fall of child labor making goods for the brand at a subcontractor in India attest.

Learning from those mistakes is vital, said Henkle, who urged his colleagues at other companies to openly discuss their successes and failures. Gap has a team of 90 employees in 25 countries who speak 40 languages and monitor factories around the world.

When it comes to Gap’s factory monitors and its sourcing specialists, toes get stepped on sometimes, but that is OK with Henkle, it’s even part of the process.

In 2006, Henkle’s group conducted 4,316 inspections in 2,052 factories. The company denied about 18 percent of the new factories considered for production.

Weeding out facilities with poor working conditions will also help on the product side.

“You don’t find a situation where you produce the best quality results, but you treat people horribly,” said Henkle. “It just doesn’t work that way. If I told you that this shirt was made in a factory where people were working 84 hours a week, beyond the human tragedy of that, what other concerns might you have? Quality. These things really are connected.”

Henkle had some words of advice for executives who think they might have to someday deal with a public realization that some of the workers making their goods were mistreated.

For one, build a strong foundation in ethical sourcing: Being familiar with the issues will help companies deal with problems as they crop up.

Secondly, Henkle stressed that apparel companies are not human rights experts and should team up with professionals in the area.

Betsy Blaisdell, manager of environmental stewardship at Timberland Co., said the process of examining the company’s environmental impact and in turn sharing that information with consumers has resulted in positive results for both the company and its customers. Consumers are also increasingly demanding that companies provide access to information regarding the extent of their environmental footprint.

“We’re in the age of green washing and an increasingly skeptical consumer, so transparency is becoming more an expectation,” said Blaisdell. “It’s actually less risky to be more transparent versus riskier to be transparent.”

In looking to lower its impact, Timberland felt it had two approaches to tackling the issue. The company could demand that its suppliers conform to their guidelines on issues like greenhouse gas emissions and use of restricted substance. They opted, instead, to lessen the burden on the supplier by striving to design environmental impacts out of the supply chain. As Blaisdell put it, “Just make sure you don’t put any of the, excuse my language, crap in the product in the first place.”

One of its earliest efforts was to put a label on its footwear packaging that resembled the nutrition labels found on packaged food.

“It started a dialogue with our consumers that we’d really not had a chance to have before about the good and bad associated with our business,” she said.

The label, however, failed to go deep enough about the specific impact of a particular product. The company decided to develop its own green index that rated climate impact, chemical use and energy consumption on a scale of 0 to 10. A score of 0 was the ideal.

Blaisdell said the index has become a useful tool internally in understanding the environmental choices being made with product development, raw material and manufacturing. Examining a products climate impact score in particular showed areas where the company could make small changes that resulted in significant benefits.

“Taking out any excess in your product…those have the biggest impact on our overall carbon footprint,” she said.

For example, a Timberland product can have between 50 and 70 components. Realizing a liner didn’t need to be used in every portion of the shoe was an easy fix. The company also found ways to use fewer parts, which further led to a lighter product and better quality. Blaisdell found that improving the average climate score of a product by just 10 kilograms, the company could save 300,000 tons of carbon dioxide emission.

“Fewer parts and lighter parts get us the furthest on the climate front,” she said. “We didn’t know that before.”

Blaisdell is most proud that Timberland is dispelling notions that going green means sacrificing on style and price.

“Green equals green,” she said. “We’ve definitely been able to demonstrate that with the green index internally.”

It’s also helped educate those in the company whose jobs are more focused on developing an item that will sell, rather than how it will be produced.

“One thing that our product development and management love is that they know what is good versus what is bad,” said Blaisdell. “They used to come to me and say, ‘Wave that magic green wand and tell me it’s green, Betsy.’ And that’s really hard to do because the environmental story is so nuanced.”