Despite expectations that exports will surpass $1 billion, any rosy outlook for the industry is hampered by the country’s woeful infrastructure.

By Arthur Friedman and Dene-Hern Chen on December 27, 2013
View Slideshow 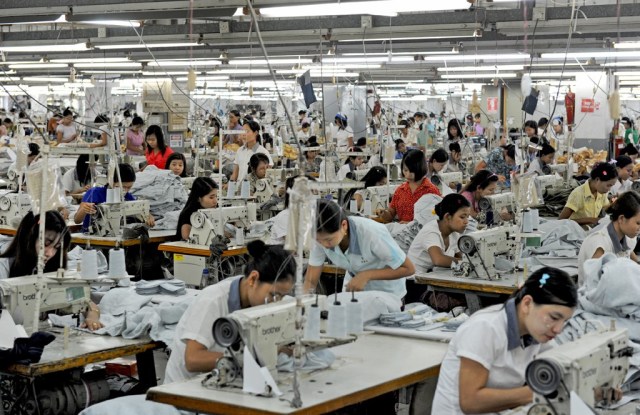 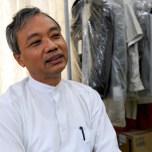 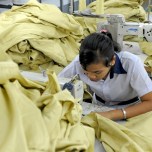 YANGON, Myanmar — Despite expectations that garment exports from Myanmar will surpass $1 billion in 2013, any rosy outlook for the industry is hampered by the country’s woeful infrastructure, high electricity costs and a shortage of skilled workers needed to fuel productivity.

Regional neighbors like Vietnam and Cambodia have cited worries about investors flocking to Myanmar since the country started opening up in 2011 after the election of President Thein Sein. But the garment sector’s gradual evolution, which now includes a newly empowered workforce advocating for higher wages, continues to bring uncertainty to investors and interested international brands.

Since the 2010 release of pro-democracy leader and human rights activist Aung San Suu Kyi, who is now the head of the opposition National League for Democracy party, the government has instituted a flurry of laws aimed at creating an image of a reformed democratic regime. With the Labor Organization Law and the Trade Disputes Act signed into law in early 2012, Myanmar workers are now able to unionize and advocate for their rights. A Foreign Investment Law, passed in November 2012, also boosted confidence, bringing the post-military government the capital it craves.

A further indication of the country’s improving image came on Dec. 23 when the U.S. Department of Labor’s Bureau of International Labor Affairs revealed a $5 million cooperative agreement with the International Labor Organization to implement a project to reduce child labor in Myanmar and support the government’s efforts to comply with international standards. The project will support research and collection of data on the extent and nature of child labor in the country, build the capacity of national and local organizations to carry out efforts to reduce child labor, implement pilot programs to remove or prevent children from involvement in exploitative labor and raise awareness about child labor in the country.

Major international clothing brands have begun their feasibility research into Myanmar’s potential as a sourcing market, said Steve Marshall, liaison officer for the ILO in Yangon.

“Quite a lot of major brands have been here, and they have been looking, doing their due diligence,” he said.

Hennes & Mauritz has even started placing test orders, said Andrea Roos, H&M’s press officer, explaining that the brand is evaluating whether suppliers in Myanmar can live up to the retailer’s standards.

“H&M has begun to place test orders in Myanmar,” Roos said. “We are an expansive company and we always look for new potential sourcing markets. In Myanmar, we completed an extensive analysis, which included social aspects, such as human rights and environmental conditions in the country. We see potential in Myanmar. It is a country with a huge development and growth potential, and we see that we can contribute to job creation in the textile industry.”

U Myint Soe, chairman of the Myanmar Garment Manufacturers Association, said the easing of sanctions by the U.S. and European Union in late 2012 has helped ensure the industry’s growth to $1.2 billion this year, a 33 percent increase from the $900 million the year before. Slapped onto the former military regime in 2003 for its use of forced labor, the sanctions caused a drop in export volume from about $800 million to $300 million.

In July, the EU reinstated Generalized System of Preferences benefits for Myanmar, meaning that manufacturers will now be able to export textile goods tax-free to the European bloc. This development has already been reflected in 2013, said Myint Soe, with about 20 percent of garments reaching European markets, while Japan accounted for the lion’s share of the total amount.

With nearly 300 garment factories currently employing more than 250,000 workers, Myint Soe believes Myanmar will be able to double its workforce by 2015.

But he is frank about the challenges that lay ahead, namely high electricity costs and the difficulty manufacturers face when transporting their goods. “At the moment, we don’t have a mother vessel port, so we have to use [Singapore’s],” Myint Soe said. “The other worries are of the shortage of workers who have skills and the shortage of electricity.”

For longtime Korean factory owner Jung Soo Kim, the easing of the sanctions has not affected his business, as all the exports for his Dragon State Ltd. factory, located on the outskirts of Yangon, are for the Japanese market. The more immediate problem he faces is the high turnover rate of workers. Currently employing about 2,300 workers to manufacture elaborate outerwear for Japanese brands, Kim said he loses about 50 workers a day to other surrounding factories in the Pyin-Ma-Bin Industrial Estate.

The average total pay for each worker is more than $100 a month, he said. With no government-mandated minimum wage in place, it is difficult to determine what the Myanmar garment worker takes home a month, but a recent report by labor rights organizations showed that the basic wage at Yangon factories can range from $25 to $37 a month, and working overtime every day would likely double the starting amount.

Situated near a timber processing factory, Myanmar Beer Brewery and endless fields of rice paddies in the Pyin-Ma-Bin Industrial Estate, Dragon State — a two-story operation furnished with ample light and ventilation — features hundreds of workers cutting, sewing, washing, packing and performing quality control. It also boasts a high-tech design process that requires a digital rendering of patterns for the wool peacoats and puffy parkas they create for the Japanese market.

The constant exodus of workers is an especially great loss, since Dragon State typically spends two to three months training a worker before even putting them on an assembly line.

“This is a problem for all the factories here,” Kim said. “It is not only about wages. There are so many factors to resign from the company. The main reason is stress. If you push them too hard, they will quit the job.”

Kim said his factory has seen no industrial action, and management has repeatedly told workers that they can unionize if they wish to do so. His bigger worries lie with the overhead costs of operating the factory, which can jump at the whims of the government.

An example is the Ministry of Electric Power’s recent announcement that it will be increasing electricity rates 43 percent for industrial businesses and households. Currently, factories like Kim’s are charged 75 kyats a unit, but by April, the government could raise the unit price to 150 kyats, or about 15 cents.

“The expenses are increasing rapidly,” Kim said. “So sometimes I cannot catch up the gap. Our productivity cannot close the gap of the increased expenses. It’s crazy, but I cannot help anything. We just have to pay for the electricity charge.”

Another issue is the rise in protests since the government passed the Minimum Wage Law in June, said Myint Soe, MGMA’s chairman, adding that strike action in 2013 will likely reach last year’s number of more than 90 protests.

Owning an outerwear factory in the Thilawa Special Economic Zone in Yangon, Myint Soe believes that the minimum wage should be at least $40 to $45 a month, since workers only need roughly $35 for their basic needs: $5 for rent, and $30 for food, he claimed. The government is still discussing what the amount should be, and until there is a mandated wage, the industry will continue to experience unrest, he said.

“On [the workers’] side, they are not educated on the basic standards, so it is very difficult to deal with them,” Myint Soe said, adding that his factory has seen a fair share of industrial action over the minimum wage and work conditions. “Understanding each other is very important. Without the understanding, we will not have the sympathy and the cooperation with them.”

A recent survey by researchers from Myanmar-based Labor Rights Clinic, the Cooperation Program of Independent Laborers and the Construction-Based Labor Union disputes the amount provided by Myint Soe as an appropriate wage.

In a report titled “Modern Slavery: A Study of Labor Conditions in Yangon’s Industrial Zones,” the researchers interviewed 114 workers employed in factories around Yangon. They found that workers were toiling under dire work conditions such as unbearable heat and poor sanitation for “extremely low” basic wages of between $25 and $37 a month, some of the lowest in Asia.

A breakdown of a worker’s basic needs showed that housing, food, transport and other daily necessities amounted to almost $90, making it commonplace for workers to be in debt. The ILO is currently assisting with research into the minimum wage and will be providing recommendations to the government in January, said Marshall, the U.N.-affiliated organization’s liaison officer.

“If it’s set too high, you start to impact the competitiveness of the industry and you block employment, which the government, of course, does not want,” he said. “If you start it too low, then you have associated social problems, including issues of health.”