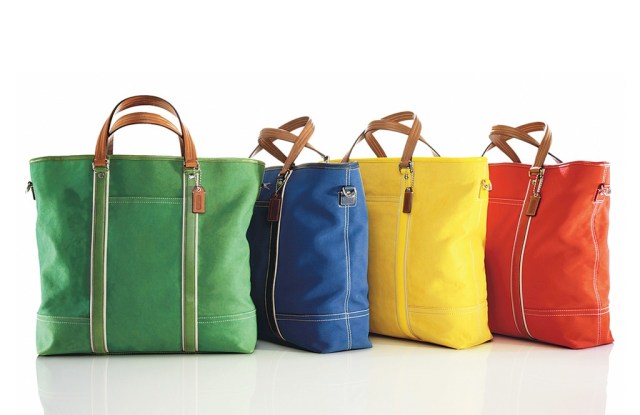 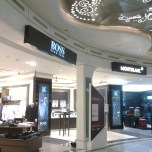 WASHINGTON — Coach Inc., Luen Thai USA and other manufacturers of a broad array of briefcases, purses and backpacks in the travel goods category are endorsing new legislation that could potentially provide fresh sourcing opportunities.

Many companies in the U.S. travel goods industry are facing rising costs in China, which is the number-one supplier of travel goods to the U.S. market. But companies are somewhat hampered in where they can move production because China is such a dominant player and duties on travel goods imports to the U.S. can be as high as 17.5 percent.

In an effort to find more cost-competitive alternatives to China, the industry is hoping to advance legislation that would expand a U.S. trade preference program and allow developing countries to qualify for duty-free benefits on exports of travel goods products. Reps. Ander Crenshaw (R., Fla.) and Adrian Smith (R., Neb.) introduced the GSP Update Act in the House on Wednesday. The bill seeks to expand the U.S. Generalized System of Preferences program to include most travel goods products that were exempted when the program was established in 1974.

“Upon passage, travel goods, such as the purses, briefcases and backpacks, could be considered for approval as duty-free products by the U.S. Trade Representative under the [GSP] program,” said Crenshaw. “That’s a win-win for companies like Coach, in Jacksonville, Fla. [where the company has a distribution center], as well as our national security strategy in countries around the globe. The bill would give the travel goods industry viable market alternatives to China, which is not a GSP country.”

If the bill is enacted, companies and countries would still have to petition the USTR office to request specific eligible items to be added to GSP. If a product is approved after a U.S. International Trade Commission review, the duty-free benefits would apply to all GSP-eligible countries.

Rick Helfenbein, president of Luen Thai USA, said the bill seeks to include 22 categories, or 80 percent, of travel goods products under the GSP program for the first time.

“Why does that make a difference?” he asked rhetorically. “The bulk of this type of products [in volume] comes from two countries — China and Vietnam control over 90 percent of the [U.S. import] market. The reason the bill is so significant is it would level the playing field and allow countries like the Philippines, Cambodia, Indonesia and Thailand — all GSP-eligible countries — to participate.”

China and Vietnam are not eligible to participate in the GSP program, which was designed to promote economic growth in the developing world by providing preferential, duty-free trade benefits to designated countries that meet certain criteria, such as labor rights and intellectual property rights protection. The program currently provides benefits for up to 5,000 imported products to 127 designated beneficiary countries and territories. In 2012, U.S. businesses imported $19.9 billion worth of products under the GSP program, according to the  USTR.

“It gives us the opportunity to go into other markets and try to develop the industry,” said Angus McRae, executive vice president of operations at Coach. “It has been very centralized in the Chinese marketplace. What we are looking to do is diversify out of China…a market where prices are increasing quite rapidly at the moment.”

“This would give us all a competitive edge if we moved out to other markets,” he said. “The duty break would give us some encouragement from our supply base to invest in new markets.”

“I think it would affect every major American retailer,” he said.

Helfenbein said, “China has had such a large share of the market for so long. It is really no secret that many people making handbags, in particular, and suitcases have been looking for an alternative to China. One of the logical alternatives is the Philippines, where a few factories are up and running there. It also seems the next logical country would be Cambodia for a whole host of reasons.”

The AAFA estimates that 99 percent of all travel goods sold in the U.S. are imported. AAFA has said the legislation will also protect remaining U.S. manufacturers by excluding from GSP eligibility specific products that are still made in the U.S. and requiring the government to conduct a review before implementing duty-free benefits for travel goods under GSP.

“The industry is looking for new sources for travel goods,” said Nate Herman, vice president of international trade at the AAFA. “It will open the door to new opportunities, not only for U.S. travel goods companies but also for developing countries and, in the end, U.S. consumers.”