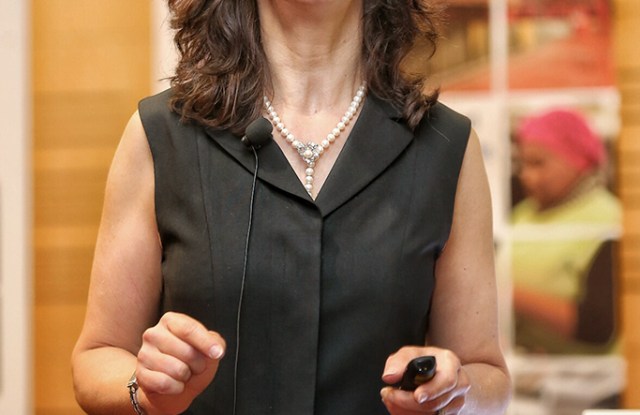 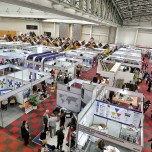 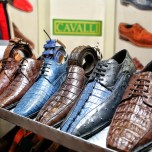 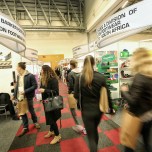 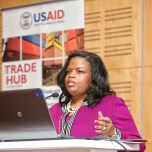 With the African Growth and Opportunity Act – America’s first comprehensive trade law with African countries, providing duty-free access to most apparel and textiles made in Sub-Saharan African countries — renewed for another 10 years, suppliers and manufacturers throughout Africa, as well as international buyers and retailers focused their attention on pushing Africa as a viable sourcing alternative.

“Firstly, AGOA is being renewed for 10 more years,” she said. Secondly, “African products are price-competitive. Third, China’s labor costs are rising and its firms are looking for low-cost platforms. Fourth, African governments are creating environments conducive to investment. Then there are strong prospects for vertical integration using strong inputs. Sourcing from Africa also avoids brand-damaging reputational issues. And finally, Brand Africa appeals to a rising generation of U.S. consumers.”

Whitaker added that “African apparel exports show signs of continued growth now that Congress” renewed AGOA up to 2025. Exports in 2014 exceeded the $1 billion mark, indicating a resumption of “their upward trajectory after taking a hit from the end of the [Multi-Fiber Arrangement] and the global recession,” Whitaker said.

The peak, just under $1.8 billion, came in 2004, just four years after the passage of AGOA in 2000. From 2000 to 2014, U.S. apparel imports from Africa under AGOA tripled. Between 2013 and 2014 alone, there was a 22 percent increase in imports to $1.1 billion, with the top five apparel-exporting countries being Lesotho, Kenya, Mauritius, Swaziland and Madagascar. Tanzania and Ethiopia were also emerging as strong performers.

“Asia has been the key source for developed markets for the last 35 years,” she said. “But as Asia becomes more expensive, there are three possibilities to consider: re-shoring of production to or near the European Union and U.S. markets; shifting of the supply chain beyond Bangladesh and Myanmar to Africa; and greater efficiencies in Asia to keep the current source globally competitive.”

Looking at Africa as a viable sourcing alternative, she pointed out certain realities: “Africa is one continent with 50 different countries with low connectivity between them,” Labuda said. Moreover, according to a 2013 PricewaterhouseCoopers report, levels of economic and logistics development vary greatly from country to country, and distribution of wealth is unequal.

Terrain also varies wildly, as does critical transportation infrastructure. Angola, for example, has four kilometers of roads for every 100 square kilometers; Ghana has 40 and South Africa has 62.

“In 2011, total intra-Africa trade represented only 11 percent of African trade with the world,” Labuda said. “Intra-Asia trade is 50 percent.”

But Africa’s advantages should not be overlooked because “it has fast-growing populations and low-cost labor.” In addition, it enjoys “geographic proximity to both raw materials, with cotton production in Mali, Ethiopia, Burkina Faso, Ivory Coast and Mozambique, and also target markets of the U.S. and E.U.”

There is also vertical integration, she noted, adding, “Chinese and Turkish producers are building textile-production capacity to leverage raw-material availability and low-cost labor.”

There is also the trade potential offered with AGOA and duty-free access to the EU and access to abundant cheap labor.

As for the trade fair itself that is part of the event, Ted Taylor, the U.S. Consul-General in Cape Town, pointed out in his opening remarks that more than 200 suppliers were exhibiting this year, “including 35 companies from Lesotho, four companies from Madagascar, 44 companies from Mauritius, and 98 companies from South Africa. We’re also excited to welcome new and returning participating countries this year such as Kenya, Nigeria, Mozambique and Tanzania.”

Source Africa, he noted, has the support of the United States Agency for International Development’s Southern Africa Trade Hub and “is designed to increase apparel regional trade and sourcing, and to promote exports to the U.S. under AGOA, while strengthening interest from manufacturers in establishing operations and sourcing in the region. As a result, several recognized U.S. brands and retailers are already sourcing from the region and taking great advantage of the savings on both labor and duty rates.”

He stressed that AGOA is “a very critical part of U.S. trade policy, working to open markets throughout the world to create new opportunities and higher living standards for families, farmers, manufacturers, workers and consumers.”

Taylor added that there is a commitment from Africa and the U.S. to “enhancing the textiles and apparel sector on the African continent. It’s a continuing success story.”