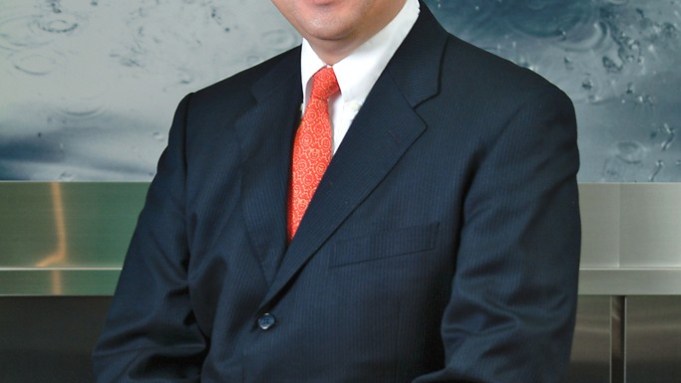 HONG KONG — Rising labor prices in the country known as “the world’s factory” has sourcing experts talking about finding “the next China.”

As apparel and manufacturing executives gathered here for the Prime Source Forum, they also discussed the merits of wringing more efficiency and productivity out of Chinese operations.

“I think everybody would agree that China has the best infrastructure and supply chain,” said Henry Tan, chief executive and president of Luen Thai Holdings Ltd. “But I think the cost of labor has gone up to such an extent that it has started to erode into the efficiency of the supply chain, so we may have to look at products that may be suitable to be made in China and what products that may be good to make outside.”

Tan noted that last year, for the first time, Chinese manufacturers lost market share in the U.S., Europe and Japan.

“This situation may continue and we’re all here figuring out what we should do,” he said, adding that Chinese Premier Wen Jiabao has talked about Chinese wages doubling in the next five years, as the country seeks to build its middle class.

The Chinese government’s efforts to shift toward higher end manufacturing and to ease growing wage disparity in the country through minimum wage hikes has come at a difficult time for apparel makers, as they struggle with uncertain economic outlooks in the U.S. and Europe. Chinese manufacturers at the accompanying Fashion Access trade fair reported average annual labor increases of 10 to 12 percent. Between increasingly tight-fisted Western consumers and increasing manufacturing and material costs, companies have seen eroding profit margins.

Tan said most of the wage increases in China have been in the western part of the country, as well as in Shanghai, Beijing and Shenzhen. But wage hikes in Dongguan, the biggest manufacturing hub, appear to be delayed for now.

Another plus, he added, are lower trade tariffs when reimporting back into China. Tan said he’s been working with a lobbyist in Washington to push for a free trade agreement between the U.S. and the Philippines. If that goes through, he said, he could see moving a lot more operations to the Philippines. The Save Act, which has been introduced in Congress, would allow for apparel products manufactured in the Philippines using U.S.-made fabrics to enter the country duty free.

Executives noted that companies have already been shifting operations, particularly lower-end manufacturing, to countries such as Bangladesh, Vietnam, Cambodia, Indonesia and the Philippines. Cambodia and the Association of Southeast Asian Nations, or ASEAN, countries are important even to Chinese companies, which are increasingly moving manufacturing to Southeast Asia as well, lured by lower labor costs as well as lower tariffs. The ASEAN countries include Brunei Darussalam, Cambodia, Indonesia, Lao PDR, Malaysia, Myanmar, the Philippines, Singapore, Thailand and Vietnam.

Western executives also highlighted the growing importance of Chinese buyers, who are changing dynamics in the industry. David Hampson, country manager for The Jones Group Inc. and Nine West Footwear, said he’s had his business turned down by a Chinese manufacturer, who had a domestic Chinese client that was willing to buy almost the same item at a better cost.

“The line is getting closer,” he said.

But though Hampson said he worries about price inflation coming out of China, he’s more in favor of improving productivity and efficiency over shifting operations to other countries in search of lower labor costs.

“There’s a huge opportunity to educate, invest in machinery, invest in management,” he said, noting that productivity in China is a fraction of what it is in Eastern Europe.

“It took [Americans and Brits] 90 days to build warships during World War II,” he said. “People have got to stop thinking that Myanmar and Ethiopia are the answer to their problems.”

Managers also emphasized the importance of productivity, and the consensus at the forum was that manufacturers in China could add value by becoming more efficient, offsetting the increasing cost of labor.

Some also shared efficiency and cost-cutting ideas. Peter Hevicon, general manager at Debenhams Hong Kong Ltd., said his company started paying Chinese vendors in yuan, resulting in 3.5 to 4 percent net cost savings. Hevicon said he also started drilling down on material prices, going so far as to check on mills and found some cost savings there, as well.

Despite the many concerns about the changing landscape of manufacturing in China, executives believed the country would continue to be an important center for apparel and accessories manufacturing.

“The idea of the traveling circus [that’s been the model] since World War II stops with China because of the volume,” said Edwin Keh, lecturer at The Wharton School at the University of Pennsylvania.

There isn’t another country that exists with the same capacity, he added.

“There’s no other place for us,” said Alessandra Cocchi of EastMax Fashion Ltd. “We’re keeping an eye on others, but for complicated garments, China is the place to be. For really complicated garments, 90 days is good for us. We cannot achieve that in Eastern Europe. China remains the place and there are still improvements to be made. It’s not desperate yet.”