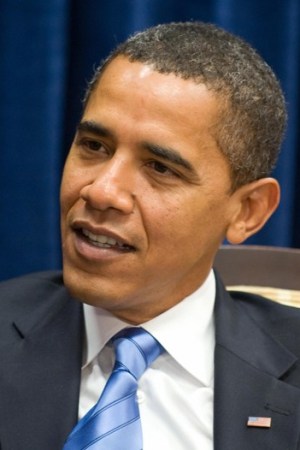 NEW YORK — The sourcing community is bracing for the possibility of restrictive trade measures as Democrats take over the White House and boost their majority in Congress.

Speakers at the 20th annual Textile and Apparel Importers Trade and Transportation Conference, held Nov. 5 and 6 at the Chelsea Piers Event Center here, approached almost sky-is-falling levels of alarm when presenting the potential challenges facing the import business. Even concerns over the global economic downturn were overshadowed by fears that President-elect Barack Obama and Democrats in Congress would tap rising populist sentiment to justify protectionist trade policies.

Bob Zane, chairman of the U.S. Association of Importers of Textiles and Apparel, which along with the American Import Shippers Association organizes the conference, noted that in 1998 about 50 percent of apparel was imported. The quality of those goods was often inferior and was limited in its design to domestic-made merchandise.

“If you move forward from 1998 to 2008, you’ll note that we have gone as an industry from 50 percent [apparel imports] to 96 percent, and the product we now deliver tends to be far more sophisticated, far better quality and delivered under far better circumstances,” said Zane, a former Liz Claiborne Inc. vice president of sourcing.

It also costs about 6 percent less to produce today than it did in 1998.

“At no time in our history has the American public been able to get better product for less money under more reliable circumstances,” Zane said.

However, Zane noted that while apparel accounts for only 6 percent of all imports, the category provides 46 percent of customs revenue. This situation, Zane warned, is not likely to improve under the new administration.

“You can count on more arcane and obscure regulation to further complicate the lives of importers,” Zane said.

A trio of prominent trade lawyers cited Obama’s voting record on free trade agreements and statements he made on the campaign trail regarding China as evidence of what is likely to come. Jonathan Fee, partner with Alston Bird, noted that Obama had opposed the Colombia and South Korea free trade agreements, voted against the Central American Free Trade Agreement and has criticized China’s currency valuation practices.

“The House and Senate leadership is likely to emphasize fair trade…versus free trade and to have an increased focus on enforcement and labor and environmental and product safety concerns,” Fee said.

Regarding China, Fee believes the Obama administration may have its hands tied as a result of the weak economy.

“In a failing economy or in a difficult world economy, can the new administration afford to take currency manipulation or similar trade retaliation action against China, especially when that country holds nearly $1 trillion in U.S. debt?” Fee said.

Christopher Padilla, undersecretary of international trade for the U.S. Commerce Department, said Obama is likely to face more pressure to adopt a protectionist stance than any president since the Thirties. Padilla warned about the “growing forces of pessimistic populism.”

Padilla said focusing on China’s currency misses the mark. The bigger concern is that China has slowed the pace of its economic reforms almost to a standstill over the last three years. By failing to act quickly on free trade agreements, Padilla believes the U.S. is putting itself at a disadvantage in the global economy. Some 100 FTAs have been established between Asian countries, none of which involve the U.S.

“The United States does not have the luxury of the world waiting for us to figure out what to do about our FTAs,” Padilla said. “We are already falling behind and nowhere is this danger greater than in Asia, a region which is increasingly trading with itself.”

Increased attention to enforcement is clearly necessary. Janet Labuda, director of the textiles and apparel policies and programs division at U.S. Customs and Border Protection, said about $21 billion in apparel was imported last year under trade preference programs.

“We consistently, over the last few years, have a 35 to 37 percent rate of noncompliance,” Labuda said. “The duty exposure if you look at all these statistics could easily be $1 billion worth of duty. With that type of exposure, obviously we’re going to be taking a harder look at these transactions.”

Ocean carriers are feeling the impact of the slowing global economy and have reported significant declines in trade volume from Asia to the West Coast. C.C. Tung, chairman and chief executive officer of Orient Overseas International Ltd., said trans-Pacific trade volume fell 5.7 percent during the first half of the year.

“The contraction for the first half of 2009 will be deeper,” he said.

Ocean carriers made considerable investments in new ships and additional containers after China’s entry into the World Trade Organization in 2001, Tung said. As the world economy has worsened, however, ocean carriers are now left with a surplus of capacity, which is expected to continue for several years.

Trans-Pacific trade also presents special challenges to ocean carriers. Fuel expenses represented 21 percent of total operating costs during the first half. However, on trans-Pacific routes, fuel accounts for as much as 90 percent of total costs. Carriers have responded to the economy and rising energy prices by slowing ships down and adding ships to the route.

“By traveling two to five knots slower and adding one more vessel to the service loop, we can save up to $10 million per round trip,” Tung said.

Apparel represents the second largest import category on trans-Pacific trade, but the high cost of conducting business will force carriers to increase pressure on importers to recoup their costs.