Sustainable fashion is the main issue amidst talks about the challenges of retail at Berlin fairs.

The scene at Berlin Fashion Week Fall 2020 at Kraftwerk Mitte.

BERLIN — The “Greta Effect” was clearly palpable throughout the fairs that ran during Berlin Fashion Week last week. After a difficult year in 2019, the mood was upbeat at the six specialized shows Premium, Show & Order, Seek, Panorama, Selvedge Run & Zeitgeist and Neonyt that spread over three locations throughout the city.

The most impactful change was obvious at first sight at premium women’s and men’s wear fair Premium and Show & Order at Station and Kühlhaus Berlin: The color green, marking sustainable brands at the fair, popped up on the brand list frequently — and that was the rule for all of the shows.

“Sustainability is becoming a standard in the industry, everybody speaks about it,” said Javier Goyeneche, founder of Ecoalf, a brand that has grown significantly in the difficult German market. “But it’s not about just doing one green collection that is marketed all over, but about the long-term outlooks that include how we promote, communicate and handle company structures, too,” he cautioned.

“It’s the biggest issue right now. The ‘Greta Effect’ is taking over in fashion. You can’t operate without thinking about sustainability anymore,” said a buyer from Hirmer, a Munich-based retail group with 26 department stores for men’s wear in city-center locations throughout Germany. 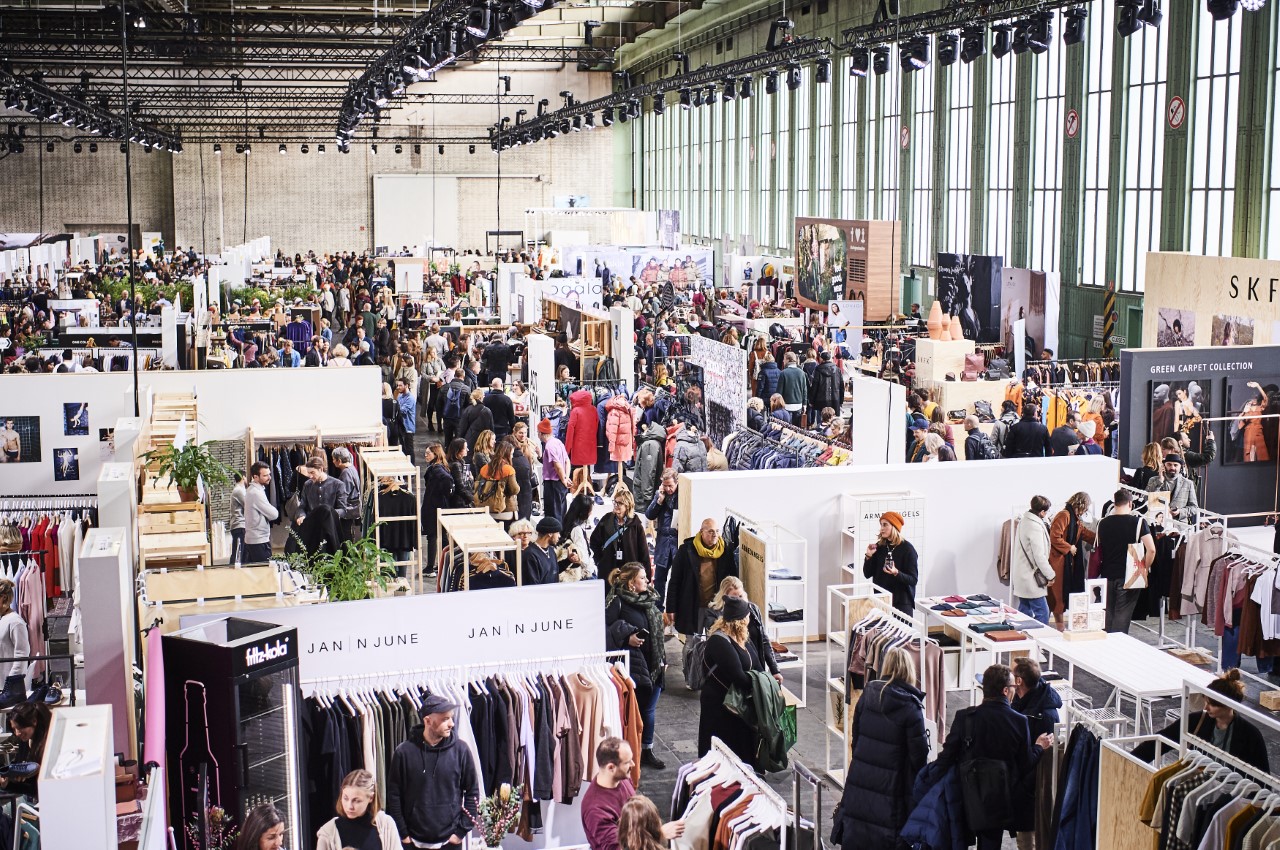 Janina Waschkowski, however, an entrepreneur who just launched Nove, a premium women’s wear collection that is adaptable to maternity and designed by Isabell de Hillerin, pointed to the difficulties of certification and sourcing: “We wanted to build the brand sustainably and had issues with sourcing. We found many of our suppliers through word of mouth or via Internet research, like a small producer of piece silk in Leipzig. Some of the smaller suppliers can’t afford to go to trade fairs to promote their product or even pay for certification processes,” she said at Premium, where she won the Young Talents Award.

“Everybody’s talking about sustainability, but there are very few proposals how to change how customers behave. We need a broader conversation about how to consume less, especially less cheap. If something’s too cheap, there’s something wrong with it,” said Emmanuel de Bayser, co-owner of The Corner men’s and women’s stores with two sales points at Gendarmenmarkt and a recently opened third location in West Berlin’s Charlottenburg.

“The consumers we get in the two stores are different. The locals are willing to pay for high quality, the Easyjet tourists are not. And that’s where responsible consuming starts — rather than buy 20 pieces at Primark, buy two or three good items. That’s what people should also talk about,” he continued.

“We try to act as responsible as possible and mainly produce in Europe, but it doesn’t really pay out for us to get certified for a sustainability label because it’s just too complicated if you really want to be honest about it and include the entire supply chain,” agreed Marco Götz, managing director of Drykorn, a company with more than 100 employees and more than 1,000 sales points.

The surge in green fashion was nevertheless palpable — especially at the former grounds of Tempelhof Airport. Once home of Bread & Butter, it became the venue for Panorama, Selvedge Run & Zeitgeist and Neonyt this season. While commercial apparel fair Panorama downsized — albeit for a better schedule, setting and atmosphere — eco-fashion show Neonyt had to add a hall because of higher-than-expected demand, growing to more than 200 exhibitors. Among the participants were not only brands, but also activists and politicians, like the Ministry of Developments sustainable fashion initiative “Grüner Knopf;” the world’s oldest eco-label “Blauer Engel,” and the United Nation’s “Sustainable Development Goals” initiative that supported an extended discourse on the subject.

The attention on sustainability is a development brands feel, too. Footwear brand Veja, showing at Seek at Arena Berlin, has decided to slow down distribution amidst a run on the eco-friendly label.

“We consciously decided not to deliver to all the stores that are interested in buying for a number of reasons. First of all, we want to let our existing retailers grow with the brand. Secondly, we have to stay responsible about how we grow our production. We source sustainable raw materials like our rubber in Brazil and produce on-site, and that’s not that easy. We can’t just multiply our production immediately. The same applies to the team. We want to grow organically on all levels and take the time,” said Félix Néanne, Europe and Middle East sales manager at Veja.

“People still need to consume, and they can do it in a responsible way if brands actively work to become more sustainable — that’s what we’ve been doing for a long time and I’m glad consumers show interest now,” said Simon Fisher, managing director for Europe and the Middle East at Kontoor, the parent of Lee and Wrangler.

Returning to the fairs with the two brands after several absent seasons, he pointed out that Berlin is an important focal point for the German market and that the atmosphere is good, but that the different show locations are problematic: “The infrastructure with three different locations is a nightmare for buyers and visitors, and it’s the same problem in Copenhagen and Paris,” a remark echoed by several brands and buyers throughout the fairs.

Running between fairs on a busy second day, Andreas Weitkamp of Schnitzler department stores in Münster pointed out that retailers have to fight on several fronts despite positive recent developments in consumer spending behavior, according the organizations like GfK and the German retail association HDE: “There’s a problem with the price pressure from e-commerce and a lack of junior staff for brick-and-mortar stores, but one of the biggest problems is the real estate markets. Landlords have to get into a dialogue with their renters in order to create sustainably attractive spots for consumers,” he pointed out.

“Retailers also need the support of their brands, they look for brands that invest in their presence and in retail relationships,” added Anita Tillmann, founder and managing director of Premium Group that owns half of the Berlin fairs and runs the #Fashiontech platform.

“It’s not all that negative because the market is growing, albeit at a slower pace. And at the end of the day, people still need personal human exchange,” she added.