In Pakistan, energy woes bog down prescription for a rebound in the country's textile industry. 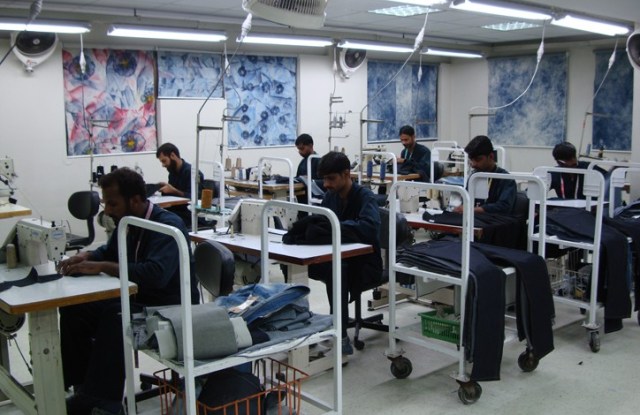 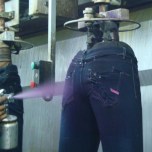 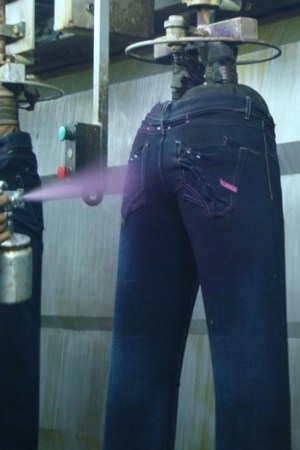 LAHORE, Pakistan — Despite the support of the All Pakistan Textile Mills Association, the country’s new five-year textile policy hasn’t been implemented after three months.

The initiative focuses on gas and electricity supply, full refund of past research and development claims, availability of 5 percent export refinancing, relief on long-term loans and tax free import of machinery.

The most important challenge facing the textile mills here is the lack of electric and gas power. Even with backup oil furnace generators in case of electricity load shedding, gas is essential for the dye processing sector. One of the basic tenets of the government policy is that the textile sector get top priority during the peak consumption of electricity in the summer and gas in the winter. Mills have no choice but to convert to natural gas, which costs double the regular gas charges.

Adding to industry woes, the chairman of the mills association, Ejaz Gohar, said the Sui National Gas Co. issued a directive to suspend gas to 250 textile mills for the next five months, starting Oct. 20.

In addition, only about 20 textile exporters are said to have registered with the Ministry of Textiles to be eligible for research and development payments and the Federal Ministry of Finance has not disbursed any payments. Similarly, banks have so far received no directions from the State Bank of Pakistan on the long-term finance program.

“No matter how much money the government throws at the industry, until it addresses the key issues of the country’s energy crisis and national stability and security situation, it will have negligible impact,” said Imran Lateef, president of Texlynx, a textile buying house based in Lahore that had sales of $50 million in 2008, but will only reach $45 million this year. “U.S. retailers like Wal-Mart and J.C. Penney have lost trust in Pakistan. Except for the very big mills of Karachi and Lahore, and 10 percent of the Faisalabad mills, the rest have unstable reliability. The majority of smaller mills are neither paying back their bank loans nor meeting their customer deadlines.”

A series of terrorist bombings and U.S. Secretary of State Hillary Rodham Clinton’s rebuke last week of the Pakistani government’s efforts to fight Al Qaeda and the Taliban showed why U.S. businesses might be increasingly hesitant to do business in the strife-filled country. In August, Pakistan’s textile and apparel imports to the U.S. declined 20.6 percent to 222 million square meter equivalents.

“As a buyer, I see a one-week delay in shipments, which most mills here don’t consider a delay at all,” Lateef said.

Bucking the trend, Umer Siddique Apparel & Textiles mill in Lahore saw its business increase 8 percent in the 2008-09 fiscal year in the number of units exported, as well as an increase in the price of its product.

Exporting 14 million pairs of denim jeans annually and working with brands such as Levi Strauss & Co., Gap Inc., Polo Ralph Lauren and Sean John, as well as retailers such as Penney’s and H&M, the company is in this position because “large mills do not wait for the government, but have made their own holistic marketing strategy,” said Zaki Saleemi, senior vice president of marketing. “U.S. Apparel has four worldwide marketing offices, including one in L.A. to liaison with buyers unwilling to travel to Pakistan, as well as its own warehousing abroad. The mill also spends a large part of its turnover on R&D of fabric, design, fits and washes, even though the government has stopped giving a cash incentive for it.”

Waleed Saigol, managing director of Kohinoor Raiwind Mills, lauded the goals of the five-year government textile policy despite the inability, so far, to put it into practice.

“Since the margins are thin and financial charges here are high, subsidized credit announced in the textile policy offers a serious respite for most of the large mills that are leveraged out, having expanded to keep up in the quota-free era,” Saigol said. “Additionally, mills increasing their market share and earning more money for the country have been promised a higher rate of duty drawback, again giving an extra cushion of support.”

Texlynx’s Lateef said U.S. importers are not willing to negotiate on terms and want to work only on deferred account. Although 90 percent of Pakistan’s textile shipments to Europe are made on letter of credit or bank guarantee, U.S. credit insurance companies are not willing to back the claims, so Pakistani mills prefer to work with European importers, offering better terms and a secure payment plan, even if it means a lower price.

“At the beginning of 2010, if Christmas sales stateside will be healthy, as predicted, Pakistan’s textile business will pick up as long as the country’s security situation doesn’t deteriorate any further,” Lateef said. “The price of Chinese finished garments has already seen a 10 percent increase, while there is an upward pressure on the price of Indian garments as well, due to higher price of raw materials and domestic consumption.”

With a new mechanized dry processing plant at Umer Siddique Apparel & Textiles, Saleemi said, “In 2010, we expect a strong growth and better price for our product. We are developing new trends by way of detailing, washes and fits.”