The Long Reach of Sustainability 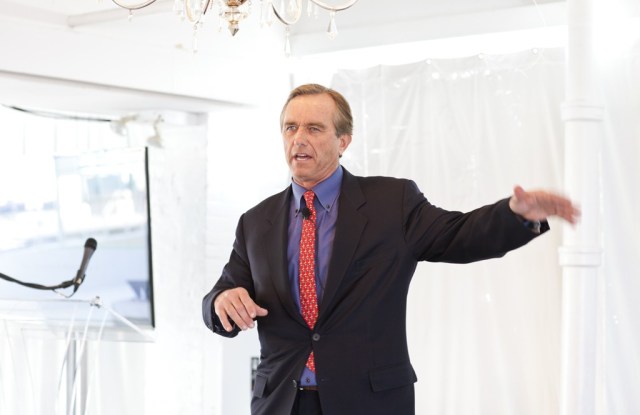 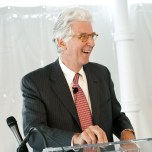 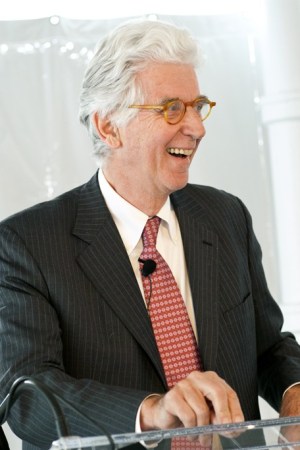 NEW YORK — Oeko-Tex stretched its mission of sustainability to wide limits at a luncheon and seminar at Studio 450 here to celebrate its 20th anniversary.

Discussing his business philosophy, Tom Chappell, founder of Tom’s of Maine and creator of Rambler’s Way wool apparel, said product development should always take into account corporate responsibility. Chappell said, “Figuring out how to make products that are good for the consumer, good for the environment, good for our community and good for us is a wonderful thing because it puts all the right ideals into the marketplace.”

He told the crowd of industry executives and members of Oeko-Tex, the Zurich-based international association that certifies a textile product has been tested and does not contain harmful substances, that when launching Tom’s of Maine natural toothpaste, the Food & Drug Administration required animal testing before it was allowed into the market, “which we would not do…so we became the only toothpaste on the market not to have testing on animals, but with human trials. Then the industry followed and the FDA changed its rules.”

Tom’s of Maine, which began on those principles and a $5,000 loan, wound up being in 40,000 stores and was sold to Colgate-Palmolive with a $130 million valuation.

Chappell, who sold the company in 2006, was hiking in Wales and was disappointed with various materials and fabrics to wear as an underlayer for warmth and comfort. So he decided to create a fine-gauge, lightweight wool for such occasions and for “Baby Boomers more vulnerable to cold.”

Rambler’s Wool was born, but not without many who said an 18 micron wool couldn’t be done. “But because I was Tom’s of Maine, they said, ‘OK, we’ll try.’’’ The collection of sportswear and sweaters is made sustainably in the U.S. of wool from Rambouillet sheep.

“We are in 300 stores and growing very rapidly,” he added. “We are committed to making it in the U.S., and I’m on my fifth garment-making house this year. You know who it is? It’s us.”

Kevin Burke, president and chief executive officer of the American Apparel & Footwear Association, said in a survey of its members, CSR came in second only to profits as the most important aspect of running a business.

“We have a target on our back,” Burke said. “We can’t operate in an environment that will cause people not to want to buy our products.”

He noted that AAFA has just signed a memorandum of understanding with the Sustainable Apparel Coalition to broaden its commitment to the issue.

“Sustainability today is more than being green.” Burke added. “It’s a comprehensive approach in addressing internal and external business decisions that create product. We have to be good corporate citizens. If we can’t make it in a responsible manner, then we deserve what we get.”

Pushing the edge in a contentious keynote speech was Robert F. Kennedy Jr., environmental attorney and activist, who lauded “free-market capitalism” and skewered “corporate cronyism” in regard to environmental and energy policy.

“What I really want to talk to you about is how this country is in transition to a new energy future,” said Kennedy, senior attorney for the Natural Resource Defense Council, a leading environmental action organization in the U.S. “One of the things that I learned from working with fisherman is that we’re not protecting the environment for the sake of the fish and the birds, but we’re protecting it for our own sake because we recognize that nature is the infrastructure of our communities and that if we want to meet our obligations to future generations, to civilization, to our nation, which is to create communities for our children to provide them with the same opportunities for dignity and enrichment and prosperity and good health…we’ve got to start by protecting our environmental infrastructure.”

Kennedy, who is chief prosecuting attorney for the Hudson Riverkeeper and president of the Waterkeeper Alliance, said the organization has had much support from the apparel industry, citing companies such as Ralph Lauren and Kenneth Cole. The Hudson Riverkeeper, which began in 1966 to reclaim the Hudson River from polluters, has spawned the Waterkeeper Alliance that now includes more than 200 “riverkeepers” across North America and the world, Kennedy noted, from Prince William Sound off the coast of Alaska to Biscayne Bay in Miami, and including China, India, Russia, Australia and Central America.

He has brought 400 lawsuits against Hudson River polluters, resulting in rewards of more than $5 billion to remediate the Hudson. “Today, the Hudson River is an international model for ecosystem protection,” he said.

Kennedy said despite government regulations that followed the Clean Water Act of 1972 and the Clean Air Act of 1990, pollution of the environment remains a critical social, health and economic issue.

“One of the big mantras during the recent election cycle we heard from the big polluters — who sponsored, incidentally, all the presidential debates — clean coal and from their indentured servants on Capitol Hill, is this idea that we have issues between economic prosperity and environmental protection, and that is a false choice,” he said. “In 100 percent of the situations, good environmental policy is identical to good economic policy, if we want to measure our economy on how it produces jobs and the dignity of jobs, and how it preserves the value of the assets of our community. If, on the other hand, we want to do what the polluters are asking us to do, which is to treat the planet as if it were a business in liquidation, convert our natural resources to cash as quickly as possible and have a few years of pollution-based prosperity, we can generate an instantaneous cash flow and the illusion of a prosperous economy.…Environmental injury is deficit spending, it’s the way of loading the costs of economic prosperity on the backs of our children.”

The big question is energy, Kennedy said, and how to make it economically and environmentally viable.
Kennedy said the best thing for the environment is true free-market capitalism, which, he claimed, the U.S. doesn’t have.

“We have corporate crony capitalism and monopoly capitalism that has all kinds of inefficiencies and market failures,” Kennedy said. “Pollution is a market failure of a company not paying the true cost of bringing a product to market. It’s also a failure of democracy to make people accountable for what they do.”

An example of this, he said, was the abolishment of slavery, first in England, then in the U.S., which resulted in the beginning of the Industrial Revolution — “getting rid of something that all reasonable people agreed was morally reprehensible,” but for which there was much concern about the economic impact it would have. “Instead, entrepreneurs rushed in and created the greatest economic expansion in world history.”

Similarly with the “addiction to Middle East oil,” he said, which costs the country $750 billion in subsidies and health care costs annually, and creates alliances with countries that “don’t share our values.”
“The biggest subsidized industry is coal and I spent a good part of the last 30 years suing the coal industry,” he said.

A case study into the inherent problems of coal energy is the state of West Virginia, he said, citing it as the “poorest state with the poorest health,” with environmental laws that have been stripped away like the 500 mountain tops throughout the state for the sake of coal production.

“Coal will tell you they are cheap and clean, but if you internalized their costs it would be the most catastrophically expensive way of boiling a pot of water that has ever been devised,” Kennedy said. “The National Academy of Sciences said that every freshwater fish in America has dangerously high levels of mercury in its flesh coming from coal power plants. According to the Center for Disease Control, there are 240,000 children born in the country every year that have been exposed to dangerous levels of mercury in their mother’s wombs and that’s the cost of coal that they don’t tell you about when they say it’s 11 cents a kilowatt hour. Ozone and particulates are other pollutants that come from coal.”

He said the Environmental Protection Agency estimates the health care cost of coal energy usage is $245 billion a year.

“Every nation that has decarbonized its society has experienced instantaneous wealth and prosperity,” Kennedy said.

Examples include Iceland, which in 15 years after it decided in 1970 to decarbonize its energy policy went from being 100 percent dependent on imported coal and oil to being energy independent and is now a major exporter of geothermal energy and is developing wind farms.

“Sweden in 1997 decarbonized, closed its two nuclear power plants, slapped a $150 a ton tax on carbon, and energy usage dropped 9 percent and its economy has almost doubled since then,” he said. “You had tens of thousands of entrepreneurs rush into that space and create new forms of energy from wind, solar, geothermal, garbage waste and sawmill waste. Sweden’s GDP rose inversely to its use of carbon.”

The U.S. is starting to invest in clean energy, he noted, and is already third in the world in solar power and first in wind power generation. He said it is estimated that if 100 million homes across the country would have solar rooftop panels it would create 3.6 trillion kilowatt hours annually — right now the U.S. uses 4 trillion annually.

“Solar is the cheapest form of energy in the world,” he said. “The problem is we don’t have an energy grid in this country to take advantage of solar and wind, that can carry electrons over long spaces. We need to rebuild the energy grid in the country.”

Kennedy is also a partner in VantagePoint Capital Partners, which through its subsidiary, BrightSource Energy, is building the biggest power plant in the world. At 2.7 gigawatts, the solar thermal plant being constructed by Bechtel in the Mojave Desert will deliver power to serve the company’s signed contracts with PG&E and Southern California Edison.

“Once you build our plant, it’s free energy forever,” Kennedy added. “You never have to worry about the cost of war to protect oil interests or the costs of health care, oil exploration or cleaning up pollutants.”